Gaisce invites Gold Awardees from across Ireland to get involved in the Gold Voices Community,

Since 1985, more than 250,000 Gaisce Awards have been achieved across all levels 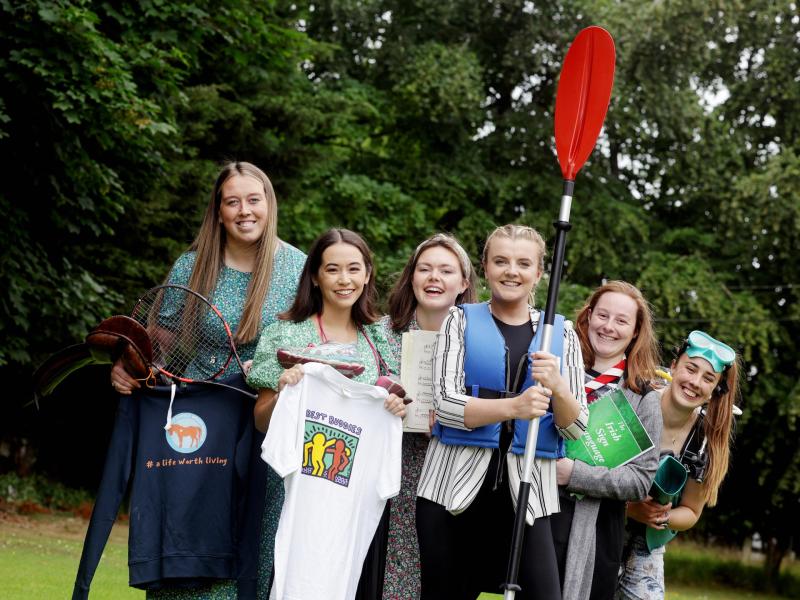 Gaisce – The President’s Award, the nation’s highest recognition of young people’s initiative, achievements and voluntary contribution to society, is seeking to connect with nearly 40 years of Gold Award recipients through a Gold Voices Community network - reuniting those who completed the journey through the years and calling on them to step up and inspire the next generation of Gold Awardees.

Earlier this month over 140 young people from across the island of Ireland were honoured with the Gaisce Gold Award by President Michael D. Higgins for their outstanding commitment to personal development and contribution to society.

These young people are now part of the growing Gold Voices Community, where they will become leaders and mentors to the next generation of community change makers, adventurers, musicians, sports people and creatives.

Gaisce – The President’s Award was established in 1985, the UN International Youth Year, and serves as a direct challenge to young people from the President of Ireland. Throughout its history, Gaisce has empowered young people to create lifelong connections, develop self-confidence and become leaders within their local communities.

Colm Keegan, poet and Gold Awardee said, “It was only when given the chance to reflect on the impact the Gaisce had on my life recently, when giving a speech for the award ceremony, that I realised the impact participating in Gaisce had on me.

“The principles of personal development in service to others instilled in me then are still at the core of everything I do. I don't think I could have become the person I have become without it. Gaisce is an inspiring framework within which you are encouraged by others to do more than you think you can, and in doing this you improve not just yourself, but the lives of those around you.”

Gaisce – The President’s Award is calling on everyone who has achieved a Gold Award to contact Gaisce today so their unique stories can be recorded as part of a special collection and living archive of Gold Awardees from nearly 40 years of the President’s Award. Those with a Gaisce Award are also invited to become President’s Award Leaders, who are crucial in providing mentorship to young people across a wide variety of organisations including community groups, education, sport, disability, and justice.

“Gold Awardees, by their nature, want to pay it forward and inspire future generations of young people, which is why we are delighted to announce the launch of the Gold Voices Community.

“Those who have achieved a Gaisce Gold Award have gone on to do phenomenal things in their personal and professional lives, as well as in their own local communities. We want to showcase the work they have carried out, to tell this important national story, to mark 40 years of Gaisce.

“Since Gaisce was founded there has been over a quarter of a million Awards achieved. Our aim with the Gold Voices Community is to reunite Awardees and through their incredible stories, remind ourselves of the possible.”

Previous recipients of the Gold Award from the President of Ireland include Rónán Ó Dálaigh, founder of Thriftify, Naomi Carroll, Irish Olympian and Ireland's Women's field hockey International, and Dr. Emma Farrell, who sat on the Government's taskforce on Youth Mental Health and is now a Gaisce Council member.