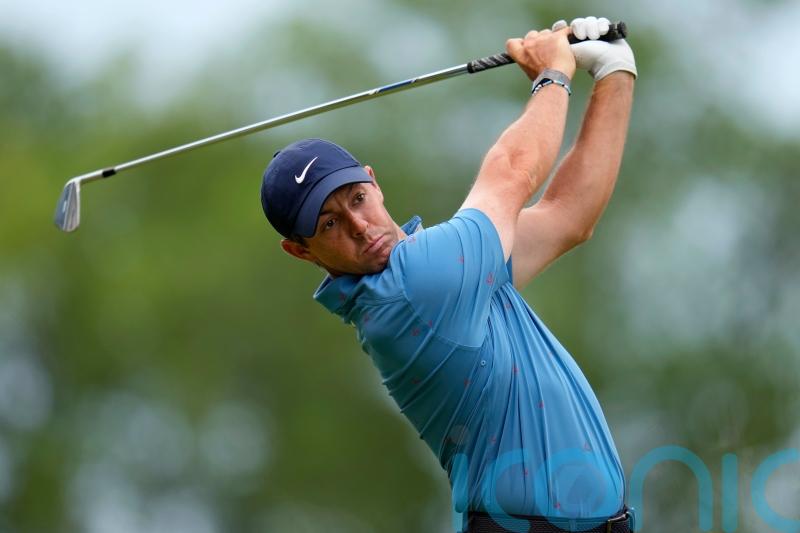 Rory McIlroy was in buoyant mood as he headed into the third round of the US Open in contention for a fifth major title and first since 2014.

McIlroy recovered from a double bogey on the third hole in round two to card a 69 for a halfway total of four under par, one shot off the lead shared by Open champion Collin Morikawa and Joel Dahmen.

Defending champion Jon Rahm, Hayden Buckley, Aaron Wise and Beau Hossler were alongside McIlroy in third place, with Masters champion and world number one Scottie Scheffler part of a five strong group on three under.

“I think I have to go out with the mindset this week that I’m going to try to win my first (major) again,” McIlroy said.

“I’m playing as good a golf as I’ve played in a long time. I have a lot of experience. I’m in a good place. I’m really happy with where my game is at, and I think that’s the most important thing.”

Asked about the presence of some fellow top players on the leaderboard, McIlroy added: “It’s why we play. I sort of said it after Canada last week when I was (fighting for the title) with JT (Justin Thomas) and Tony (Finau).

“You want to go up against the best to try to bring the best out of yourself. And to see Collin and Jon and Scottie up there and whoever else, that’s what major championship golf is all about. That’s what competition is all about.

“I certainly don’t want it to be easy. I want guys to go out and shoot 65 so I have to go and shoot 64. That’s competition, and that’s at the heart of this game. I’m excited to be in that mix going into the weekend.”

Round of the day

Open champion Collin Morikawa missed from three feet for an eagle on the par-five eighth, but still put together an impressive 66.

Shot of the day

Cameron Young had taken a quadruple-bogey eight on the third, but followed a birdie on the fifth with this hole-in-one on the sixth and birdies on the next two holes to miss the cut by a single shot.

Statistic of the day

With Scottie Scheffler, Jon Rahm and Rory McIlroy in contention, top statistician Justin Ray looks back to a similar scenario.

The uphill par-three second hole took over from the 12th as the toughest, with just seven birdies, 60 bogeys and five double bogeys contributing to a scoring average of 3.462.

The par-five eighth was the easiest hole for the second day running, yielding five eagles and 75 birdies for a scoring average of 4.610.

A mix of clouds and sun early on, then becoming cloudy later in the day. Cooler than Friday with a high of 67F. Winds from the north west at 15 to 25 mph.