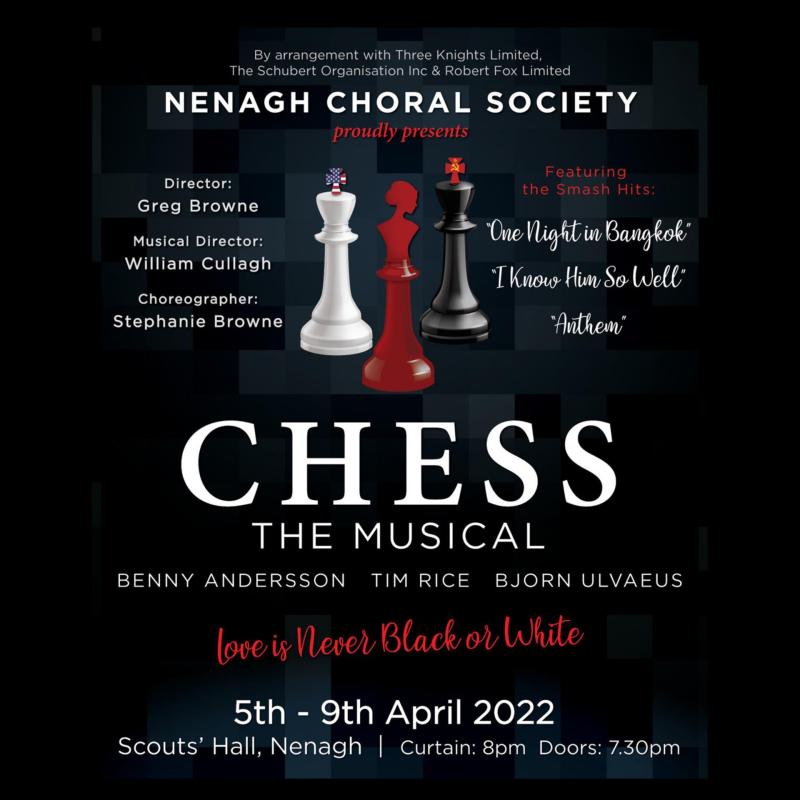 The show will run from April 5-9 at the Nenagh Scouts Hall.

“Chess is a production that’s really two and a half years in the making. We initially started rehearsals in 2019, and it should have been on the stage in 2020.

“Unfortunately, we were two weeks out from the show when lockdown hit,”

“So here we are again trying to put it on again and succeeding. We are delighted that Nenagh Choral Society is back on the stage again,” said Máire.

Along the way, some of the cast and crew moved on. Shane Kelly, who plays American world champion Freddie Trumper is one such new member.

“Unlike some of the cast, I’ve only been involved for seven or eight weeks, a relative new-comer to the show, but it’s been really good, really intense.

“Which is how I like to do it, get it done in a short period of time,” said Shane.

The two-year wait is not the only special thing about this production.

Committee member Gerry Scanlon has been a member of the Nenagh Choral Society since 1970, and this is his 50th show.

This will be society’s fifty-second year.

“The society was reformed in 1970, and our first production was pantomime in early 1971.
We never missed a year until, unfortunately, coming up to the 50th year, the pandemic destroyed all of that.

“Unfortunately, we missed out on our 50th, but we are going into 52 years anyway, and that but I was in them all since the start from 1971,” said Gerry.

Gerry said being local with a love of music motivated him to stay in the society but that he has made a lot of friends along the way.

Chess tells the story of a chess world championship which concludes with a battle between an American and a Russian player.

The cast says the show is a story of love and jealousy with great music and choreography.

The Chairperson of Nenagh Choral Society, Margaret McGee, says the show is enjoyable with familiar songs and fun.

“We are really just thrilled to be back on the stage and performing for Nenagh and the surrounding areas.

“We just can’t thank people enough for all the support we’ve got,” said Margaret.
Chess is running at the Scouts Hall in Nenagh until Thursday.

The show is directed by Greg Browne. Choreography is by Stephanie Browne and muscial direction is by William Cullagh. 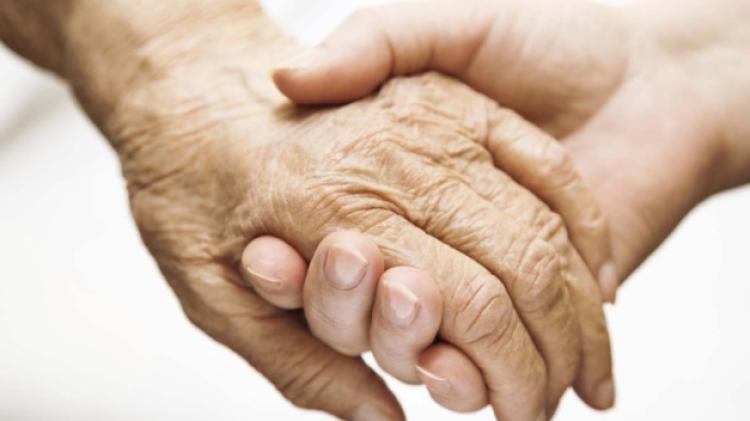