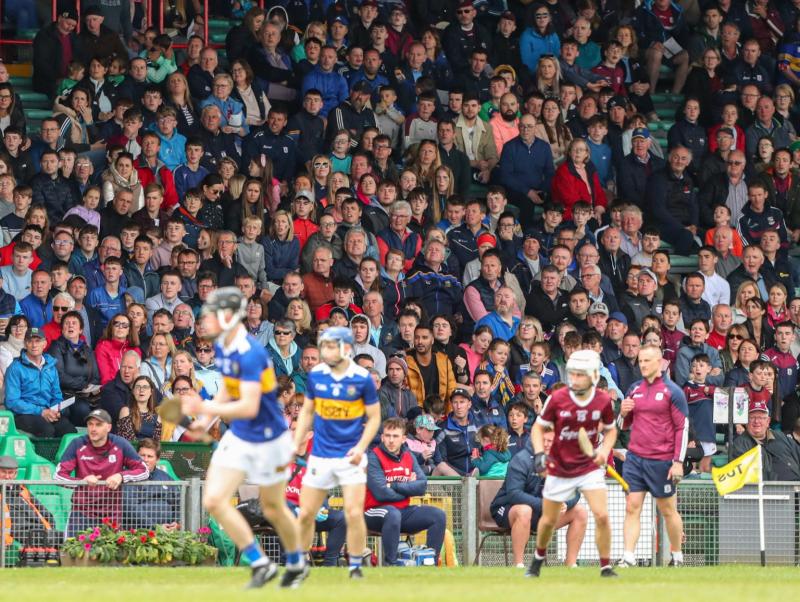 James Woodlock and his Tipperary minor team will be hoping that by 4 o’clock on Sunday afternoon, there will be a 20th All-Ireland minor title coming back across the border from Kilkenny, but more than that, they will be hoping to deliver a shot of adrenaline to GAA in the county after a most traumatic year.

All roads for Tipperary supporters should now lead to UPMC Nowlan Park on Sunday for what is a surprisingly novel final pairing between neighbouring counties who have had plenty of success on the national stage since the last final meeting between Tipperary and Offaly in 1987.

In the years since this Offaly entered a second golden period with their senior team winning two All-Ireland titles in 1994 and 1998, while Tipp contested the 1997 final before winning the 2001 decider just a year after Offaly’s last senior final appearance.

So, it is quite unusual that the counties have managed to avoid one another so efficiently but this fact should add plenty of extra spice to the atmosphere come throw-in on Sunday.

It has been a quite action packed and drama filled run to the final for this Tipperary outfit and they have certainly brightened up what has been a dull few months for the GAA community in the county, with the senior team struggling so badly during their Munster championship campaign, but this team have most definitely delivered some renewed hope for the future.

The guts shown in the Munster final, when down the 14-men with captain Sam O’Farrell off the pitch to force extra time, before showing incredible mettle to win a penalty shootout in front of a big crowd was most impressive.

Indeed, there was more drama against Galway two weekends ago in a really ding dong battle in which Tipp once again went to the well and finished the game very strongly to clinch their final spot.

It is that resilience and character that is the most encouraging aspect of this group under James Woodlock and with all the talk of our senior team struggling to adapt to the modern game, these players are relishing in it.

There is no shortage of individual talent on display, with different players coming up trumps throughout the campaign with the likes of Tom Delaney, Paddy McCormack, and Damien Corbett to name but a few, really looking the business.

But the ability to dig out the result when under the cosh will be something that will give huge confidence to the group, but they are facing an Offaly team with an entire county at their back, and who are riding the crest of a wave after claiming their first Leinster minor title since 2000.

Limerick man Leo O’Connor really has done a terrific job with this Offaly team, and while County Chairman Michael Duignan quietly admitted that there was high in house expectations for this group coming into the year, O’Connor has made good with that potential and has delivered massive enthusiasm in the Faithful county.

They have some brilliant players with the likes of Dan Ravenhill and Adam Screeney their go to men, and they showed that they will be a tough nut to crack having performed well in outplaying a Clare team that Tipp had a lot of trouble with in the Munster final.

As such, you can be certain that a success starved traditional hurling county like Offaly have been, will travel in massive numbers and Tipp supporters will be badly needed to get behind this group and give them every chance of bringing back another minor title to the Premier.

It’s all about development at minor, but with silverware to be won, Woodlock and his players will be desperate to finish the job.