UHL’s A&E is in the spotlight again, but the Minister for Health has said opening local facilities is not clinically advised 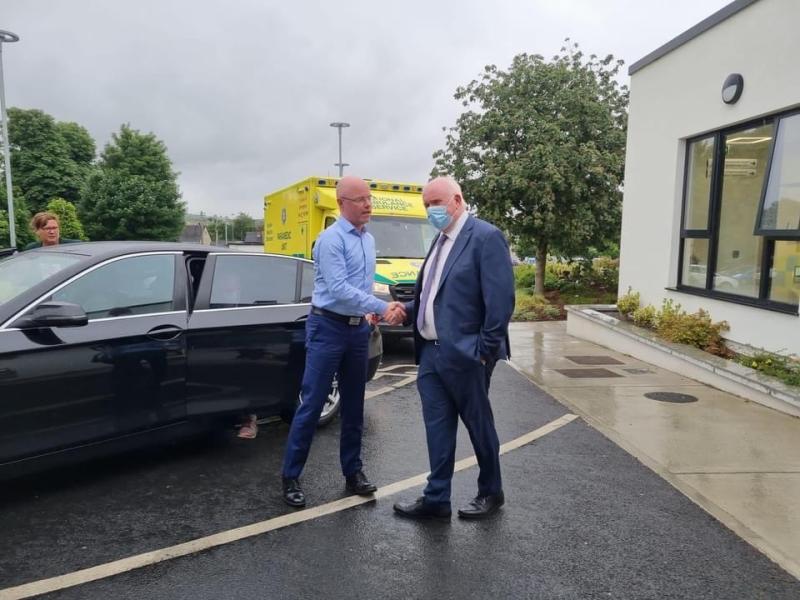 Minister for Health Stephen Donnelly has said reopening the A&E units in Nenagh, Ennis and St Johns is not the solution to the crisis at UHL.

Speaking at a press conference after the opening of the new Regional Women’s Health Hub in Nenagh, the Minister said that clinical opinion is that a central emergency department in UHL is best for patients.

When asked if local A&E’s should be reopened, the Minister responded:

"The clinical view on this is unambiguous, and the doctors would say no.”

He said that local hospitals do not have access to the specialist care facilities of larger hospitals.

The Minister was met that morning by a group of protesters at the gates of Nenagh Hospital calling for the reopening of the A&E.

Minister Donnelly said that the injury units like that at Nenagh hospital are part of the solution to the crisis at UHL.
When asked if the increased numbers using the injury unit were evidence that they cannot take the pressure off UHL, the Minister said it was the contrary.

However, the Minister acknowledged that more resources might be needed.

“It’s not enough to say, look, we have brilliant injury units in Nenagh Ennis and St Johns, and if there's something badly wrong, the bigger hospital UHL will take care of you.

“That's only a credible thing to say to people if the access is there to UHL, and unfortunately, as we all know, it's not, so that's what we have to solve,” said Minister Donnelly.

Fianna Fáil TD Jackie Cahill said he got the opportunity to raise the issue with the Minister.

“In a private meeting with Minister Donnelly this morning, I impressed upon him the urgent need to extend the opening hours of Nenagh’s A&E, and I vocalised the views of many local people who are in contact with me about this need and about the current worrying state of affairs in the Regional Hospital in Limerick.

“I am pleased that the Minister has agreed that he would take a look at the opening hours for Nenagh’s A&E, and I will continue to work with him and keep the pressure on to see more services for Nenagh Hospital and less of a reliance on UHL,” said Deputy Cahill.

Minister Donnelly said he visited the UHL emergency department on his own at the time HIQA team performed their inspection.

However, he said he believes that when the reconfiguration of local hospitals occurred, neither they, UHL or community services were given the resources they needed.

The Minister said outpatient hubs like the Regional Women’s Health Hub and the new Integrated Care Hub for Older People in Thurles would take some of the pressure off UHL.