IN PICTURES: Action shots from a successful Tony Forristal tournament for Tipperary 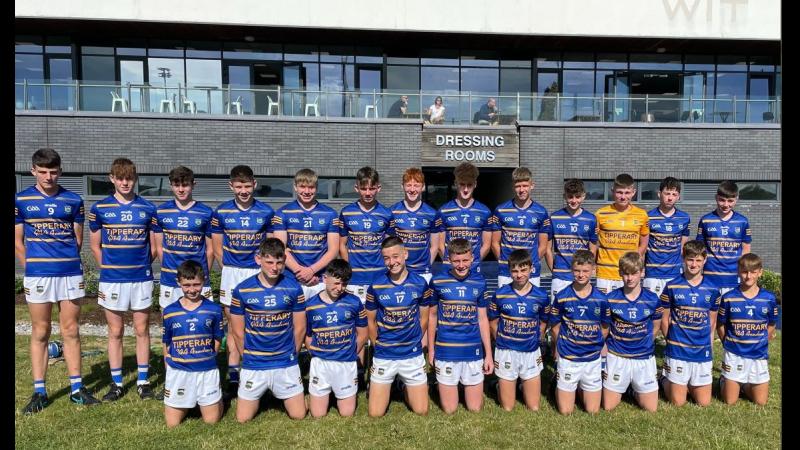 Tipperary had further success at U14 level, as the Premier youngsters clinched the county’s fourteenth Tony Forristal title in Waterford last Saturday. Click the >arrow> or 'Next' to see all the images of Tipp's involvement from the weekend.

The day began with a quarter-final match up against Wexford at 11.30 in Erin’s Own GAA, where Tipp produced a brilliant performances to beat their opponents 2-19 to 0-10.

Waterford 2 were next up in the semi-final, and despite the raucous support of the home crowd, the Tipp lads produced a big effort once again to come out on top in a big battle, with goals winning the match as the scoreboard read 4-11 to 2-10 in St Saviours GAA club in Ballybeg.

The final was set for 3.30 in Mount Sion GAA, with old rival Kilkenny the opponents in the main event. The early exchanges of the game were tight, but it was clear as the game progressed that Tipperary were far too strong for the Cats, as the Premier boys seeing out the game by 3-13 to 0-10 score to clinch the Division 1 Tony Forristal Cup title.

Silvermines man Dan McKelvey was named player of the tournament for his displays on the day.