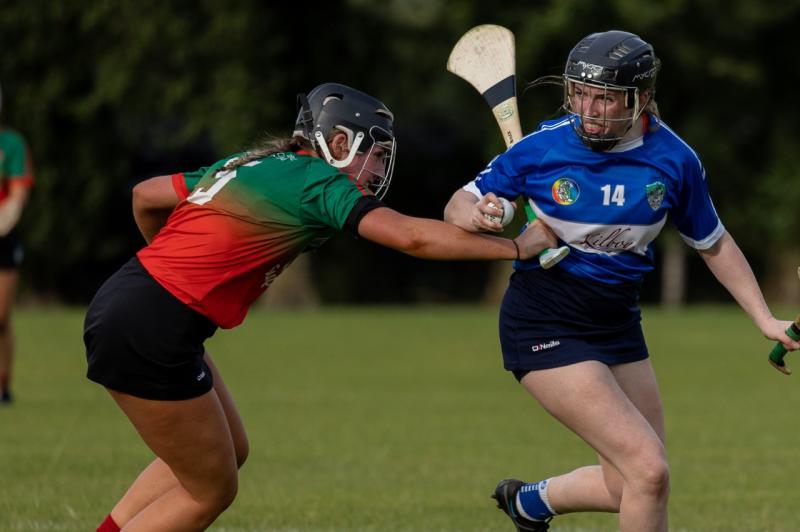 Silvermines will be very disappointed with their slow start to the championship after a poor defeat against Cashel King Cormacs who put in a very impressive second half display to blitz the home side.

The first half was a very tight and physical battle but a very low scoring affair with the half time score four points to two to Cashel.

The Silvermines forwards struggled to make an impression up front and it was 22 minutes before Ciara Ryan put them on the scoreboard with a point to make it three points to one after Anna Fahie and Karin Blair (2) had opened up the scoring for Cashel.

Another point from Cashel followed by a Nicola Butler score just before half time made it four points to two at the break. The second half belonged to the visitors as they totally outclassed the home team and outscored them 13 points to three.

The greater spread of scorers was also a key aspect of the game with Silvermines only managing one point from play from Ciara Ryan and two from placed balls from Ellen Cunneen. Cashel King Cormacs were able to introduce Irish senior Hockey player Caoimhe Perdue and she registered Cashel’s first score of the second half.

This was followed by points from the excellent Anna Fahie. It was the 49th minute before Silvermines had their first score making it nine points to three with just over ten minutes to play.

It was Cashel though who continued to drive forward with fine displays from Karin Blair, Lily Fahie and Aine O’Dwyer to run out comfortable winners on a final scoreline of 17 points to five.