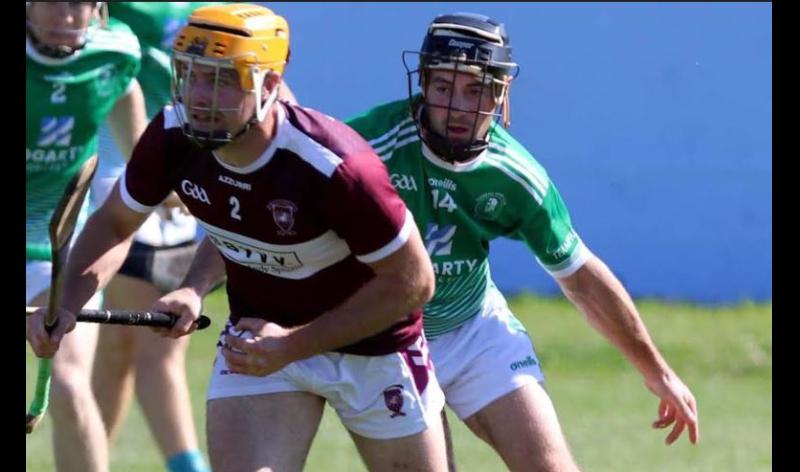 A top of the table clash that still has some permutations. Upperchurch have qualified after two wins, but will need to win or draw to avoid the possibility of a preliminary quarter-final.

Toome have shown flashes of quality in their games and will still need points to be assured of knockout hurling, but they will need a full performance to better Upperchurch here, and with the last meeting of these sides unable to seperate them back in 2020, we could be on similar footing at full time here.

Holycross will be frustrated that they couldn’t come away from the Toome’ game with something to show for their efforts after playing well for large spells, and will now be looking for a win to avoid the relegation scrap.

Joe Ceaser played a part in the U19 win over Thurles in the mid final last week, so his return may provide some added threat in attack.

Mullinahone haven’t hit the heights of last year, and can still go through by virtue of a Upperchurch win in the other game, but the 13 point score difference could be their undoing.

With Nenagh Éire Óg and Moycarkey all finishing their group campaigns two weekends ago, the permutations here are simple; winner takes all, while a draw will also do for Clonoulty Rossmore.

The west men showed real resilience to be able to bounce back to action in the win over Moycarkey, and with Kilruane now facing into this game without Craig Morgan after he tore his cruciate knee ligament against Nenagh, it all stacks in favour of Clonoulty to win and top the group. Entry is free with a donation requsted for the Order of Malta.

A good win against Templederry did little to uplift the spirits for Borris supporters as their fate is very much dependent on the Kenyons causing a huge upset in the other group game.

The opening loss to Thurles seems to have cost them, but they will still be eager to get the best of their neighbours in a heated derby fixture.

Brendan Maher was in top form the last day out, and they will need others to step up with him if they are to fulfil their side of the desired outcome.

Drom are looking the real deal this year to date, and with their half back line and midfield the benchmark for their performances, they will be licking their lips going into this game with a chance to knock Borris out of the championship.

There is still an outside chance that Templederry Kenyons can get a win and avoid the relegation mire and qualify, but it is highly unlikely.

This has the look of a real David versus Goliath, as Thurles Sarsfields need to win to qualify second behind Drom, and with them looking to lay down a marker after a poor second half performance against Drom the last day, it could be a very long match for the Kenyons.

The last time these sides met it ended in a draw with JK Brackens in control for large spells on the opening day of the 2020 championship.

Brackens have mixed the awesome with the average in their county games thus far, as they looked the part in the final stages against Loughmore and probably should have seen it out when they had the county champions on the ropes.

Kiladangan are a team struggling for top form at the moment, and their shooting the last day out nearly cost them against Éire Óg, but they are never to be written off and if they play to their potential, it will see them through here.

Loughmore have been the toast of the county for quite sometime since their county final double last year, but JK Brackens exposed a few chinks in their armour the last day out.

The defending champions were very lucky to find a late free to get a draw from the game, and the group is finely balanced with Brackens, and Loughmore on two points, while Kiladangan are top with three, and Éire Óg on the bottom with one.

Éire Óg put up a good showing against Kiladangan, but couldn’t find the scores to push them towards the end of the game, and with Loughmore posing way more of a scoring bite, they should find the answers here.

Click the >arrow> or 'Next' button to see the Premier Intermediate Championship previews and predictions.