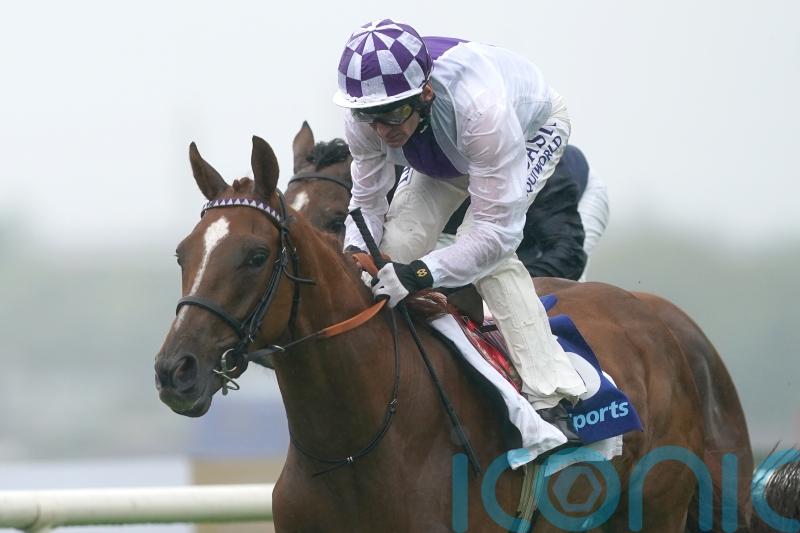 Serious Challenge was a poignant winner of the BoyleSports Casino Irish EBF Maiden at Galway for Jim Bolger.

The gelding only made his debut on Tuesday on the opening day of the Festival when third, but stepped up to a mile on this occasion, he beat Aidan O’Brien’s odds-on favourite Hiawatha by three-quarters of a length.

However, after the race Bolger’s daughter Una Manning explained the family had been given some bad news earlier in the day.

“My uncle Paddy, Dad’s brother, passed away a couple of hours ago,” she said.

“He was the person that ran the foaling operation for my father, the stud farm operation down in Wexford, assisted by his son Ken and his wife Margarite.

“Uncle Paddy actually had a winner this time last year in Galway. It’s poignant because he always came to Galway and they loved the meeting so I’d just like to pay tribute to him and offer my condolences to all his family.”

Of the winner she said: “I think the run earlier in the week certainly stood him in good stead today.

“He’s a horse we like a lot. He’s entered in the Futurity (August 20 at the Curragh) and that will probably be the plan with him.

“According to my father we won’t see the best of him until next year.” 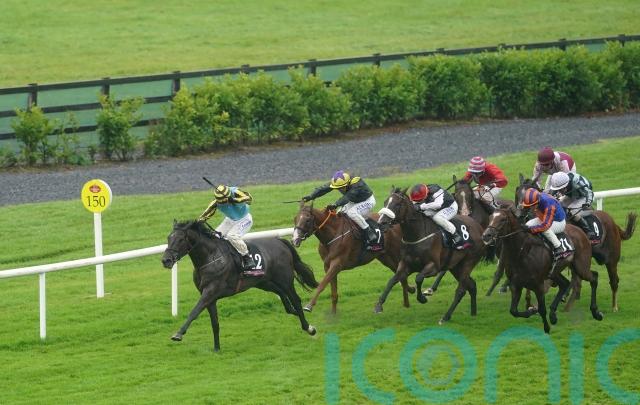 Rain overnight and throughout the card made the going quite testing but one who certainly appreciated it was Ray Cody’s Saraqael (5-1) who won the Bathshack Maiden for Billy Lee.

“He’s a lovely horse. He could go further but on that ground I was happy enough he had enough pace for a mile,” said Cody.

“When we step up in trip I’d say he’ll be better. Billy said he’ll get a mile and a half down the line if we need to.

“He travelled fiercely well and Billy said he can only improve as he still rides very raw. It’s only his third run and he’s a big, green horse, even for around here he’s a big unit. He ran through the line really well and I’m delighted with him.

“He’s progressing and I was in no panic after Gowran, we said we’d give him a nice break.”

He went on: “He’s better when he has an ease. Billy said he’ll handle all grounds but even at home he loves an ease in the ground and the more rain that came the more confident I was today.

“We’ll see what the handicapper does and he’s a horse that could end up getting black-type on the Flat, I don’t think he’s too bad and there is a lot more to come.

“We might look for a winners race and see what the owners (Ballygallon Stud) want to do, they are brilliant supporters of mine. Every year they give me two or three and it’s great to get a winner for them here.”