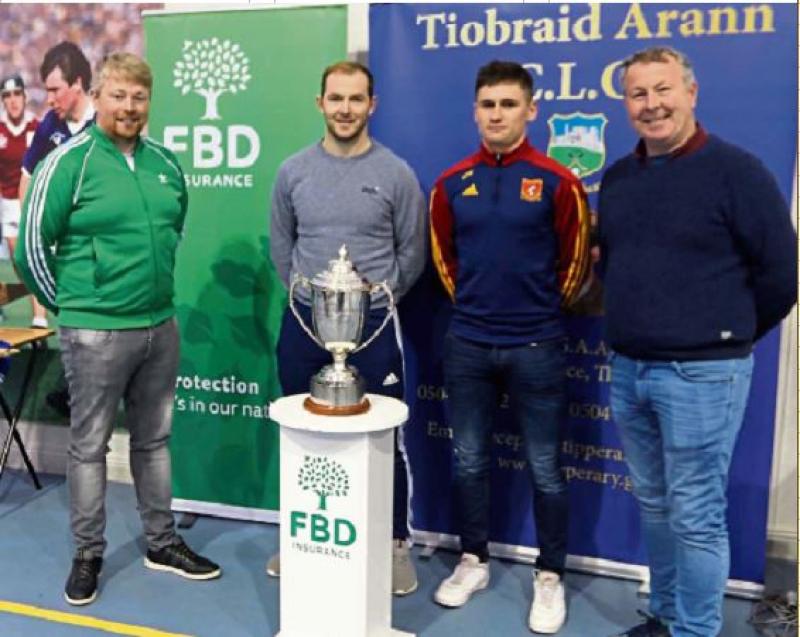 If one is to be very honest both Killenaule and Templederry were always going to be on the shortlist to reach the final of this year’s Seamus O’Riain Cup decider, which will be the last installment of this competition in its current title.

In the case of Killenaule they have the pedigree of a team that could challenge for Dan Breen but never quite made it. They fell to Kiladangan in the 2016 semi final, but like every club they experienced a valley period and that period arrived in 2019 when they were relegated from the Dan Breen with Portroe also making the drop.

Looking back on Templederry’s career path, they played senior for a short period in the early noughties and returned to Intermediate before winning the County Intermediate hurling final in 2008.

They maintained their steady progress and reached the Dan Breen semi final in 2014. Since then, their form dropped and before long they were relegated to the Seamus O’Riain, but not happy to stay there they reached the quarter final in 2017 but fell short.

They were beaten semi-finalists in 2018 and 2019 with Burgess and Holycross Ballycahill denying them before falling short to Lorrha in the quarter final 2020.

Killenaule defeated Mullinahone to win the south senior hurling championship this year and emerged from their group unbeaten before defeating Kiladangan in the quarter final by six points. They didn’t have it all their own way in the semi final clash with Saint Marys.

Killenaule have at times played well below their best. Some might ask what Killenaule side will turn up on any given today? But no matter what way one looks at they have plenty talent with a defence giving very little way as Paddy Codd, Killian O’Dwyer and Joe O’Dwyer can prove.

Their attacking options are reliable also with Ciaran O’Dwyer, Mark Stakelum and the evergreen Kieran Bergin displaying potential on the half forward line. On the inside line John Bubbles O’Dwyer can inspire Killenaule single handily and has good support in Eoin Shaw and the experienced Michael Doyle.

Templederry has produced very high scoring this year and their semi-final win over thirteen man Cashel was another high scoring production . Each of the six forwards can score which is what any teams wants but the performance of Sean Ryan at corner forward has elevated the side to new heights. The twenty year old has been inspirational and is mentioned as one that Colm Bonnar might call into the Tipp squad for 2022.

The experienced Gearoid Ryan is back to his best at half forward. The former Tipp star is the team captain this year and Templederry fans will be delighted to see he has recovered from a number of injuries over the past twelve months, so he is hoping to go the full sixty without any problems.

Other players like Odhran Murphy, Adrian Ryan and Darragh Carey have had injury problems also but they have recovered. As we have witnessed this year Templederry can find scores anywhere and Eanna Murray, Padraig O’Leary has not let the side down so far.

Christy Coughlan had his problems on the injury front too but the excellent full back is approaching full fitness and will expected to line out on Sunday.

The same might not be said about Brian Stapleton but in their absence the Templederry defence has done really well with Tomas Stapleton proving he is as reliable as ever either at six or at three.

Both Padraig Hogan and Tadgh McLoughlin are reliable corner backs and have an ever improving goalkeeper in Tim McCutcheon behind them. Elsewhere Dale Donnelly has played very well at right wing back while Mattie Hogan has caught the eye at midfield.