The Nenagh Players return to the stage in the town’s arts centre with two one-act comedies.

Like the rest of the arts world, the Players have been cocooned for the past 20 months and are delighted to be getting back on stage after this strange and difficult time.

The Lithium Waltz is a black comedy set in a psychiatric hospital which tells the tale of Billy Carson (played by Kevin Ryan). Billy is in for an assessment to determine whether this hospital should be his new home.

While there, he gets some useful dance tips from Tommy Tango (played by Seamus McCarthy) and his dance partner Lydia (played by Marie Nagle), learns about lies from the demon with the clipboard Priscilla (played by Heather Broad), acquires a taste for “rocket fuel” from The Professor (played by Ronan Dodd) and is shown the ropes by know-it-all Joanie O’Reilly (played by Caroline Morgan). The play is directed by Kevin Whelan. 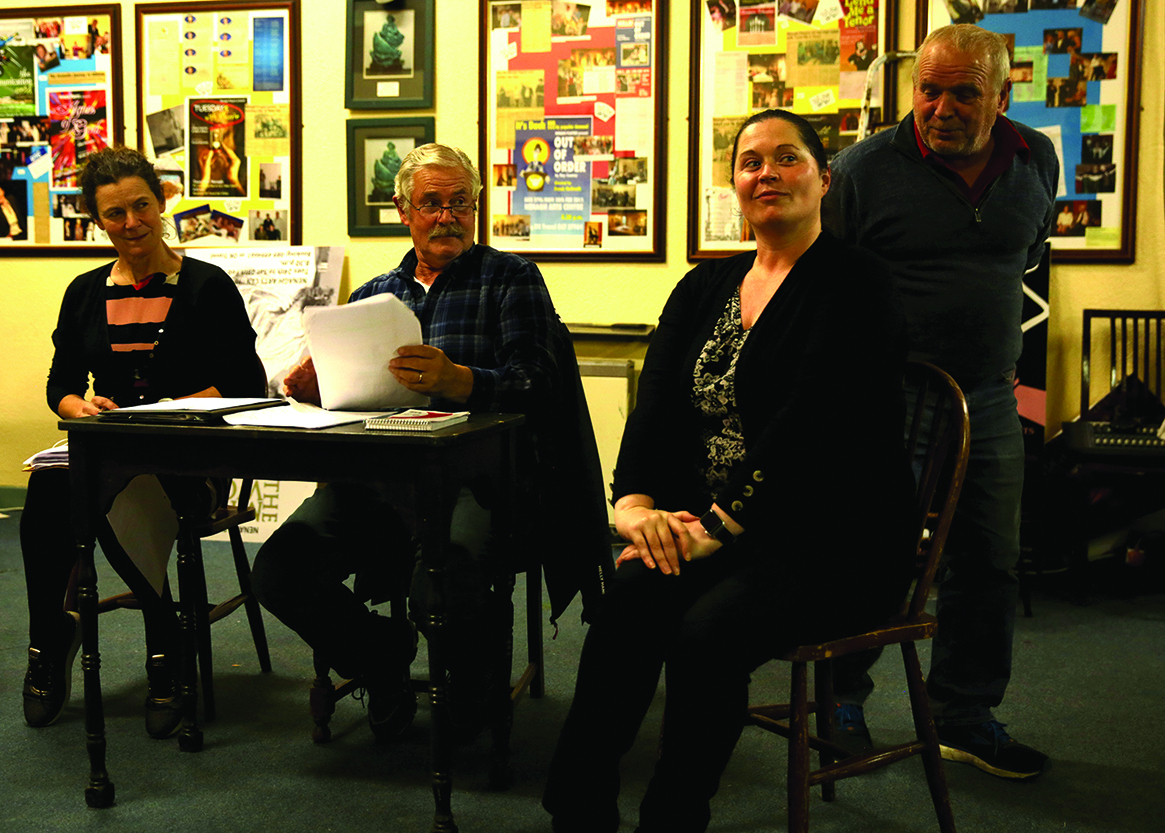 Membership has dwindled to four, Gordon, the chairman (played by Stuart Andrew); Bernard (played by Noel Stanley); Joyce (played by Noreen Kelly), and Margaret (played by Helen Kinsella) the audiences aren’t much bigger, and if they don’t come up with some rent money soon, they’re going to be thrown out.

“There’s only one thing that sells tickets these days,” argues chairman Gordon. ”Sex!”

But how will the locals react to the promise of a sizzling sex comedy? All is revealed in this hilarious play directed by Heather Broad.