Junior A Camogie Semi-Final wins for Moneygall and Boherlahan Dualla 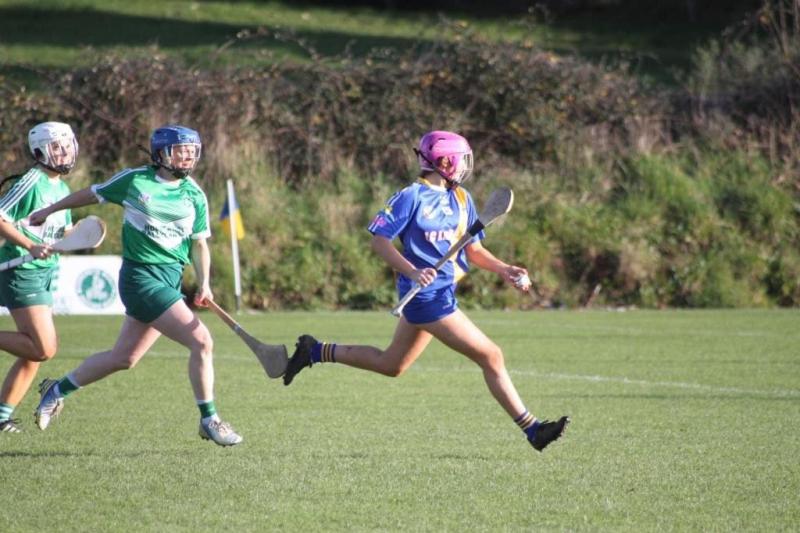 Holycross played against the stiff first half breeze in the County Camogie Grounds in this Sunday November 21st semifinal. Boherlahan had only a Sarah Delaney point from play and a Lisa O’Connor free to show at the first water break with Holycross notching three points including a long range effort by Lorna O’Dwyer against the breeze.

Julie Brennan added a Holycross point from the right corner forward position. Holycross were dealing with Sarah Delaney’s probing runs and Siobhan Ryan made a crucial one-on-one save from Anna Murphy. Grainne O’Dowd pointed to level the scores.

Just before half time as the sides were level, Leah Baskin soloed through to score an important Boherlahan goal before the halftime whistle.

In a low, fiercely fought second half, it was Boherlahan’s turn to defend valiantly. Holycross were to score just 1-01 with the breeze. Boherlahan struck their second goal as Danielle Ryan solo fed Leah Baskin who hit a driving low shot to the net. Holycross responded almost immediately as a free was dropped in and Katie Ryan lashed a ground shot to the net.
A brilliant Lisa O’Connor free from the sideline against the wind put Boherlahan 4 points up. Anna Murphy twisted and turned in the corner to improve her angles to fire over Boherlahan’s two ‘insurance’ points.

Moneygall’s bid to win the Junior A championship this year is still on track after a late goal and a point secured a win over Drom-Inch who had earlier made a great comeback to lead Moneygall by 2 points well into the third quarter by 3-3 to 10 points.

A goal by Moneygall by Niamh Larkin followed by a point meant they secured victory in a dramatic final few minutes. With the aid of a strong wind Moneygall dominated the game from the throw-in and had 4 points on the board before Drom got their opening score a goal in the 11th minute.

Moneygall continued to call the shots while the Drom-Inch forwards struggled to break down the Moneygall defence led by Mary Ryan and at half time they led 9 points to a goal. Moneygall finished the half strongly with three points from play late on from Mairead Teehan, Mary Ryan and Lauren Maher.

After the interval two points in succession followed by a well-taken goal in the 15th minute from Niamh Ryan meant Moneygall’s lead was suddenly down to just one point, 0-9 to 2-2.

Moneygall had stretched their lead to two points but a third Drom-Inch goal with only two minutes left swung the lead back in their favour 3-2 to 10 points.

Another Drom point and it looked like they were on their way to next week's final, but it was Moneygall who had the final say with a goal in the final minutes by Niamh Larkin followed by a point from Mairead Teehan to seal a dramatic win. 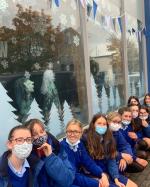