No guarantee Nenagh's new car park will open before Christmas 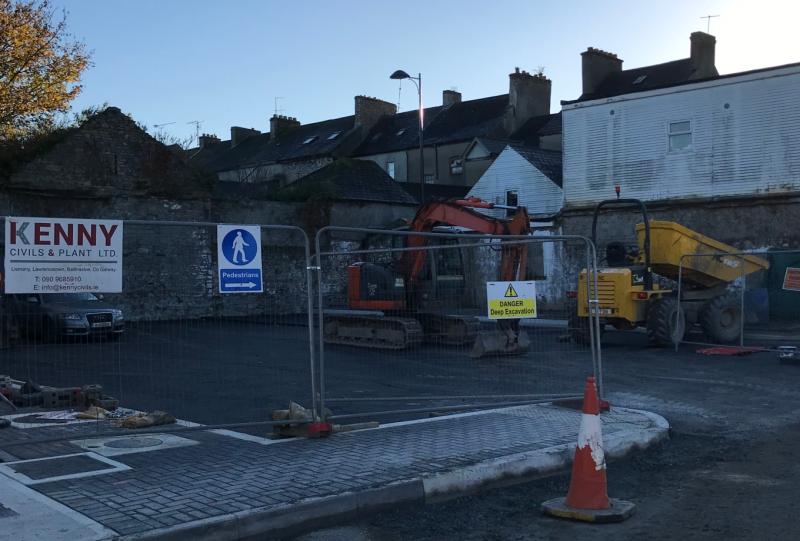 There is no guarantee that the new car park at Emmet Place will be open ahead of Christmas, Nenagh councillors have been told.

The contractor has been told by Nenagh Municipal District Council that the current work must be completed so as not to interfere with the Christmas trade and that no further work will then be carried out until the middle of January.

Emmet Place forms part of the town’s new traffic management plan under which the council will create a new streetscape and put in an extra 17 car parking spaces.

The work has been disrupted over the past two years due to the lockdowns caused by Covid-19.

Cllr Hughie McGrath asked the council officials at the November meeting of Nenagh MDC to get a guarantee that the car parking would be open for Christmas.

However, district manager Marcus O’Connor said that he could not say it would be finished and open before Christmas.

“We did lose time due to Covid but the contractor is working to make that time up,” he said.

Cllr McGrath said that traders on Mitchel Street would be “disappointed” by that news.

“The businesses have been dealing with Covid and they are looking forward to having a Christmas and car parking,” he said.

Cllr McGrath said that the work was within a short length of time of being completed and that the contractor should be able to give the council a definite opening date.

“I don't think it will take a lot to bring it into play,” he said.