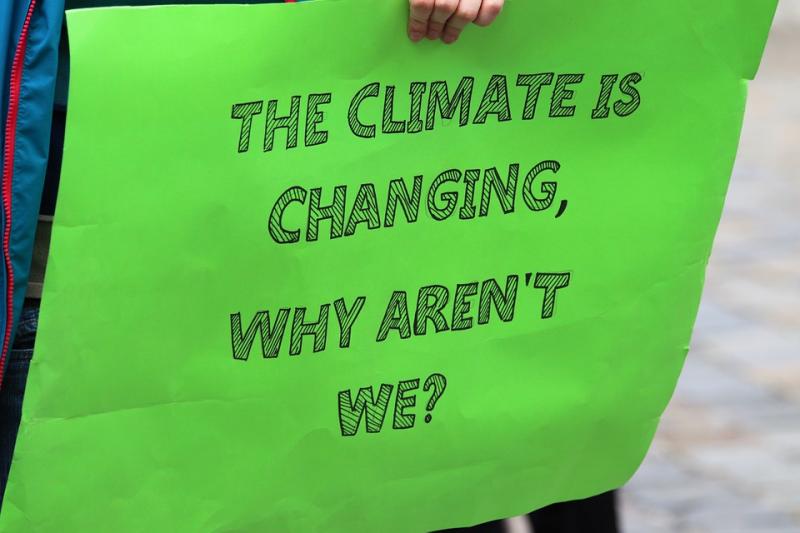 One of the most striking features of COP26 and the climate action movement is the passion of young people involved.

Globally, young people are working at local, national level and international levels on projects to do their part and educate others.

The Tipperary Star spoke to three young activists from youth organisations in Tipperary.

They told us about their projects and gave us their thoughts on COP26 and getting started in climate change action. 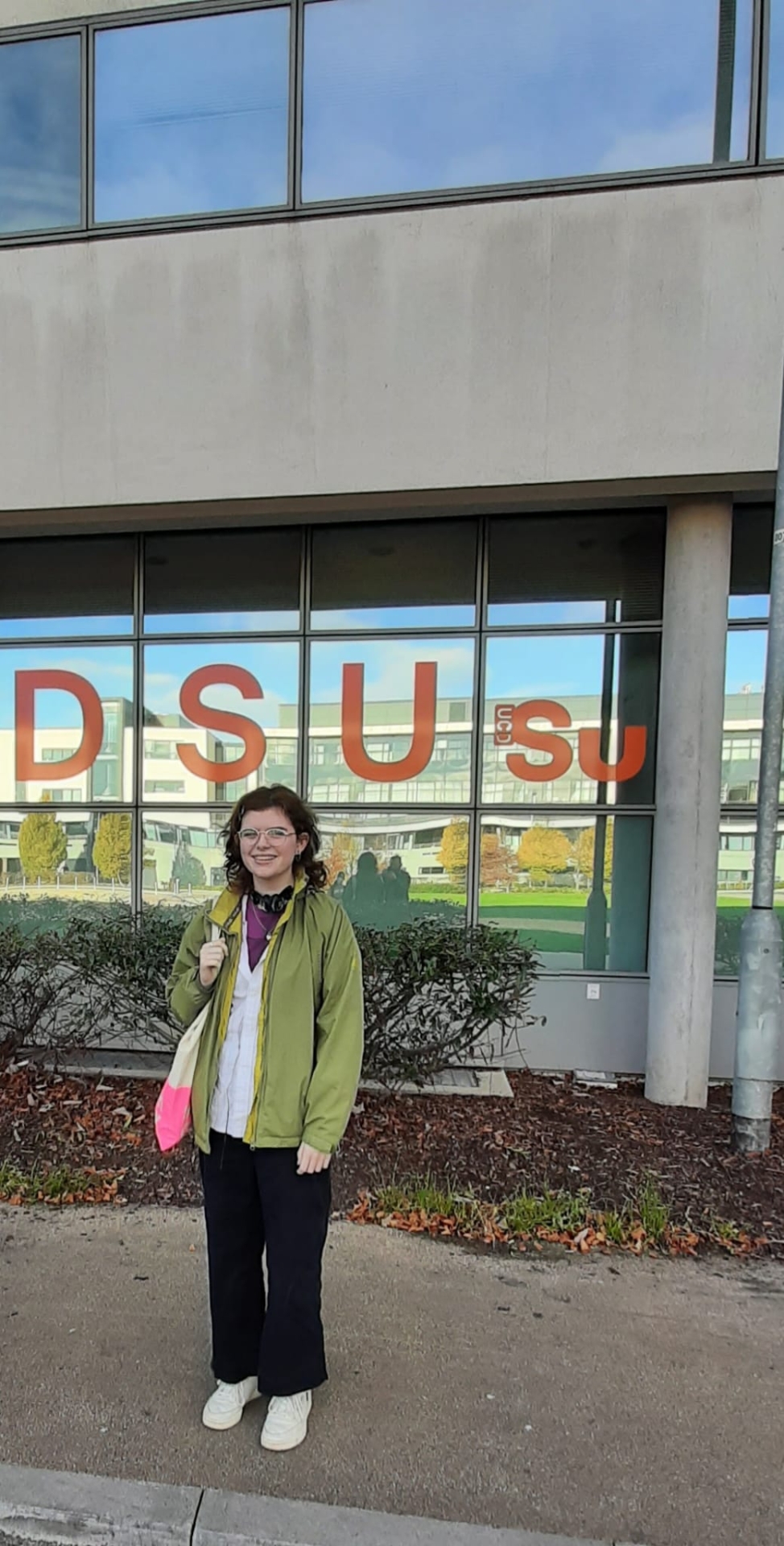 Eve O'Carroll is a member of Foroige E-collective and host of Foroige's Future-Proof Living Podcast.

She became interested in climate change when she was just 12 years old and learned about it in primary school.

"I think I became quite stressed about it when I was about 12, so I learned a lot about stuff works and what's been done. It wasn't that I wanted to save the environment; I wanted to save myself," said Eve.

They addressed the Dail with proposals on how to tackle climate change.

"Basically, it was a parliamentary protest where we had to come up with propositions for the government in terms of actual actions they could take on climate change. Unfortunately, I don't think they have taken any of them even though they were all very good ideas," said Eve.

Eve is now a member of Foroige's E-collective, a group of young people passionate about climate justice.

The group have contributed to Foroige's educational Future-Proof Programme 2020, which aims to educate people about the unequal effects of climate change.

Eve is one of the hosts of the group's podcast Future-Proof Living, where they interview people involved in climate action.

"Climate change is such a wide field, and it's looking at all the different areas, say, farming, we'd interview a farmer, look at solutions. Also, how we can deal with it in Ireland, so it's really great to look at all different sides of the argument," said Eve.

Speaking about COP26, Eve said she would like to have seen more concrete commitments from the governments to meet their climate targets and help developing countries go green.

"I'd definitely say start local. It's good to contextualise it in how it will affect you and the people around you. How you might be contributing to the problem," said Eve. 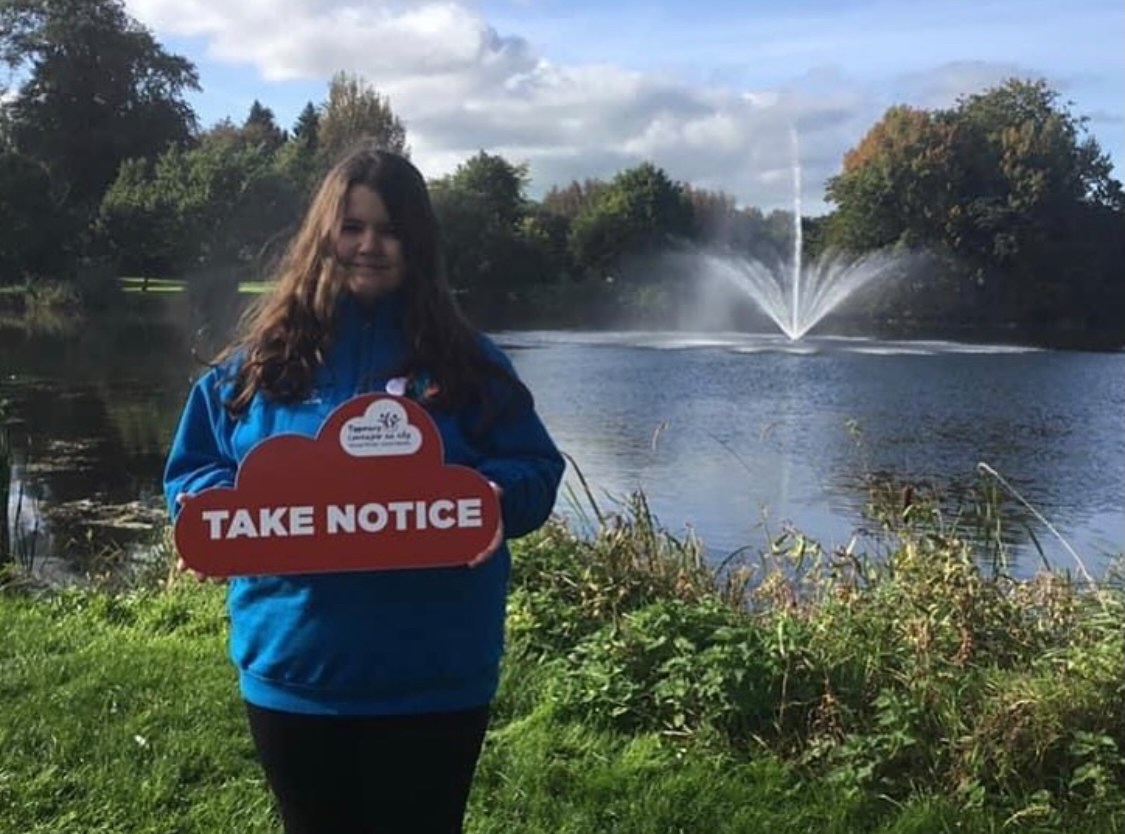 Aisling Maloney is an Taisce and EU Climate Ambassador and Chairperson of the Youthwork Ireland Tipperary Junior Board.

She is a law and politics student at UCD and is active in the Green Campus initiative.

Since primary school, Aisling has been passionate about climate action, where she took part in Green Schools projects.

She attended the Presentation Secondary School in Thurles, where she was active in the Green Schools Committee for six years.

The Green Schools Committee organised themed days like Vegan Monday, invited guest speakers and lobbied for a water fountain to be installed.

She says her school was very supportive of green projects.

In her final year of secondary school, Aisling became a climate ambassador with An Taisce.

Aisling trained just before the first set of public health restrictions in march 2020, and since then, everything has been online- webinars on biodiversity, horticulture and fast fashion.

Throughout the pandemic, Aisling kept up her ambassador work online.

"My whole climate activism has gone through the roof since then," said Aisling.

For her work in her community, Aisling was awarded an outstanding achievement award from An Taisce in November 2020.

Since then, she has joined Fridays for Future and become an EU climate ambassador.

She is currently shortlisted for the Volunteer Ireland Award in the Campaigning and Activism category.

Speaking about COP26, Aisling says she is hopeful, having heard the Taoiseach make commitments on funding for developing countries and measures on agriculture.

She is also heartened by the organisation getting involved in COP26.

"It's great to see organisations getting involved with COP, and hopefully, we will have made an impact by the end," said Aisling.

One of those organisations was Youth Work Ireland Tipperary who ran their COP on fro Climate Change campaign during COP26.

Aisling would like to see more awareness of the effects climate change has on individuals now and the impact on the next generations.

"I've been talking about these issues and saying this is going to have an impact on the world, and people are saying, well, I'll be long gone by the time it affects me, so why should I care. I just don't see why someone should have that approach when it's their kids. Their grandkids, like the future generations, will be affected by it," said Aisling.

For anyone who wants to get involved in climate action, Aisling recommends the organisations in the community.

"I would like to encourage people to get involved in any way they can even tidy towns, green schools committees FFF Tipperary or just keeping an eye on the news just making yourself aware of what's happening,

"You never know where these things will take you," said Aisling. 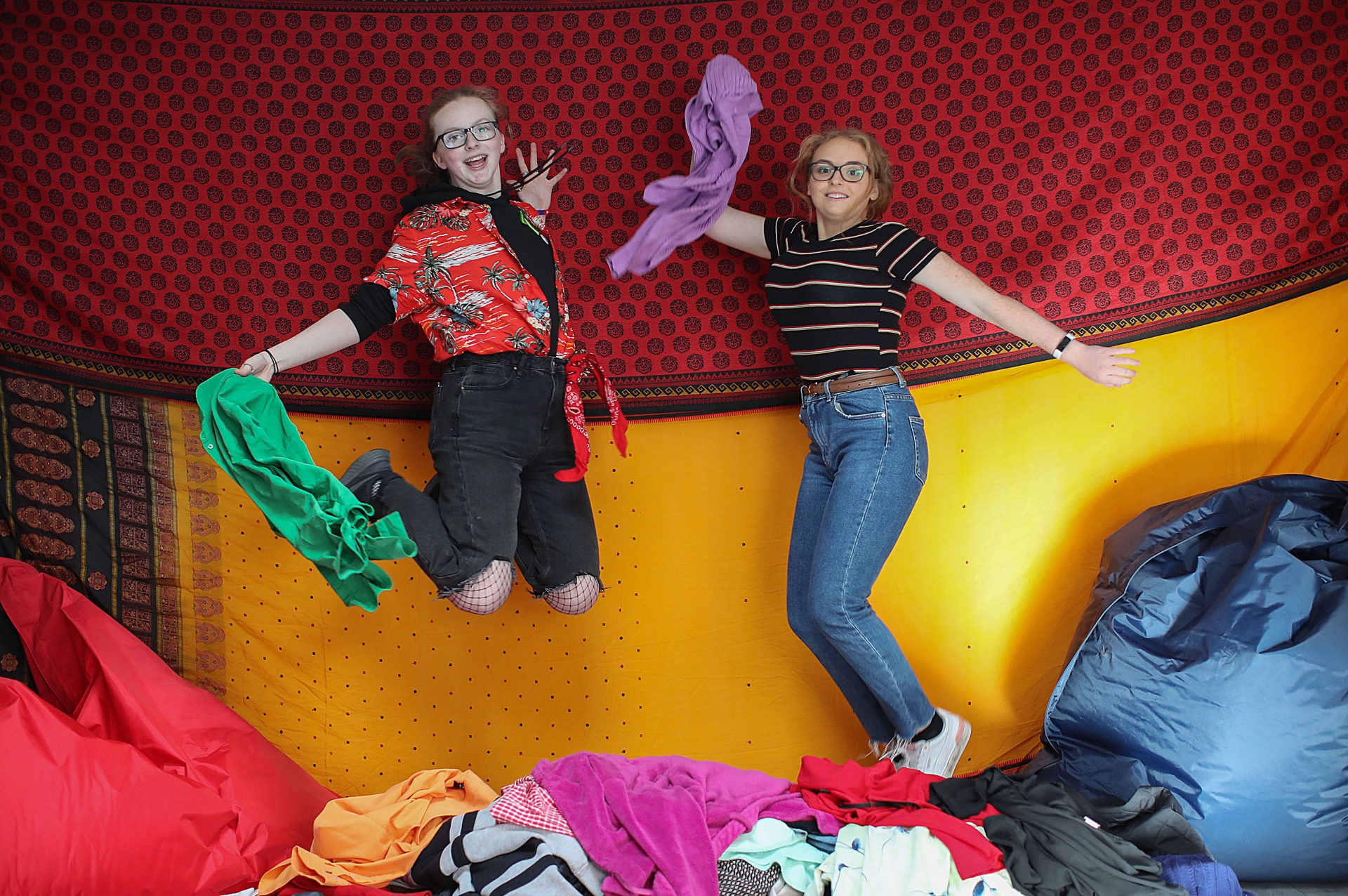 Meagan Sheridan is a member of the Youth Work Ireland Tipperary Junior Board.

She has been involved in the youth project in Templemore for the past five years and in Youth Work Ireland in Thurles for the past year.

She is also a sixth-year student at Our Lady's Secondary School in Templemore.

"My generation especially seem involved in climate change activism as a whole, but I personally have always been interested in the area, and then the opportunities came up in youth work to programmes with the Sustainable goals I took them," said Meagan.

The recent sustainable fashion campaign by YWI involved a survey of over 800 young people on their views on fast fashion and the creation of a resource pack for young people to reduce their consumption.

On COP26, Meagan said she thinks the conference has raised awareness of climate change.

She also says it is a good sign that China and the USA are engaging with COP26.

"I think COP26 is highlighting issues for a lot of people in the news. I've just noticed it myself on the news a lot more than other climate issues I've seen because it's so big. Hopefully, the government will stick to their policies and what they are trying to do, but obviously, time will tell with that," said Meagan.

Meagan would like to see more done toward holding companies accountable for their impact on the environment.

"I would love to see more done like with big industries and more control over them. I recently watched the Seaspiracy documentary on Netflix, and it put me on a whole researching it myself and the impact the fishing industry itself has because of illegal trawling and stuff and the pollution fishing lines themselves do," said Meagan.

She also said she would like to see more regulation on fast fashion and disposal of waste.

Meagan advocates for a personal approach to climate action.

"Little things are big on a massive scale, so little things like simply turning off taps, turning off lights. Instead of throwing away clothes, think of sustainable fashion; you can donate clothes avail of the clothing banks gift them or repair them, upcycle clothes. That is a small thing you could do,

Meagan says the campaigns she is currently involved in are about getting the message out that everyone can contribute something.

"The campaign I'm involved in now is really good. Youth Work Ireland and the climate. They had climate quizzes and put up facts and helpful tips on their Instagram, which I found really helpful and then obviously the sustainable fashion campaign is really good," said Meagan.

POLL: Will you buy concert tickets to see Garth Brooks in Croke Park?

'Ireland Lights Up' - GAA community initiative to return in January 2022