West Tipp goal their way to victory over North Tipp 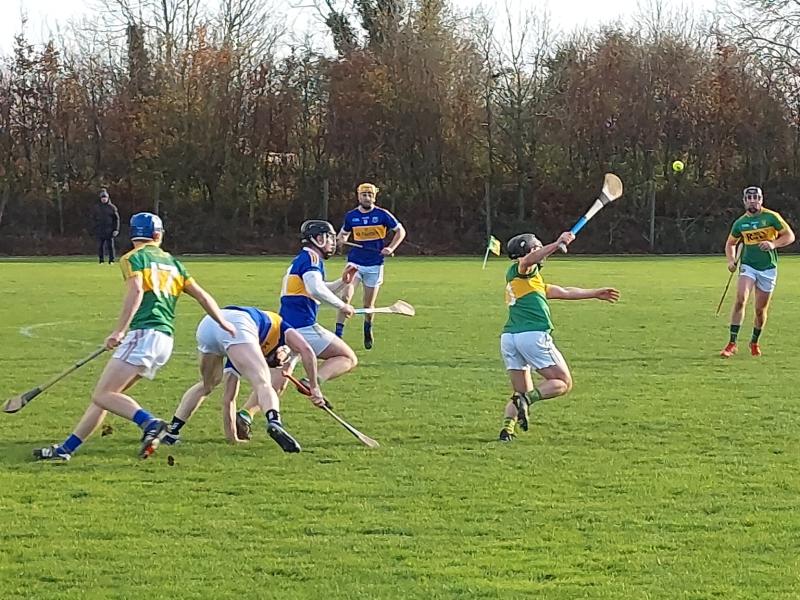 West Tipperary held tough in the second half of this round two Miller Shield divisional match to make it two wins on the bounce  after victory over North Tipperary in Clonoulty this morning.

A bitterly cold day and blustery breeze to match,made this a proverbial game of two halves, as the West took full advantage of the elements in the first half, with two goals from Willie Barry giving them a big 2-12 to 0-6 lead.

Astonishingly, they only managed to score a single point in the second half as they resisted the North attacks repeatedly, with Jack Ryan's pointed free in the 53rd minute proving to be the winner.

The conditions made it tough to judge players and there were only a handful for either side who impressed to any great degree.

For the West, their best players on the day came in the form of Enda Heffernan, and Dillon Quirke who were extremely prominent throughout the game, and were commanding in the half-back line, along with good performances from Michael Ryan Winnie and Willie Barry; the latters goals coming five minutes before half-time proving the big difference.

There were less standouts from a North perspective, with Craig Morgan definitely their best player on the day, while substitutes Jack Delaney, Thomas Cleary, Kian O'Kelly, and Conal Moran made up the bulk of the scores in the second half for them.

A lot of attention would have been on a specific few players in this game, with the likes of Ger Browne, Alan Tynan, Davy Gleeson, and Billy Seymour failing to build on good performances the first day out; although the conditions certainly didn't make it ideal for free flowing hurling

The West now lead the league table with two wins from two after their defeat of Mid Tipperary last weekend.