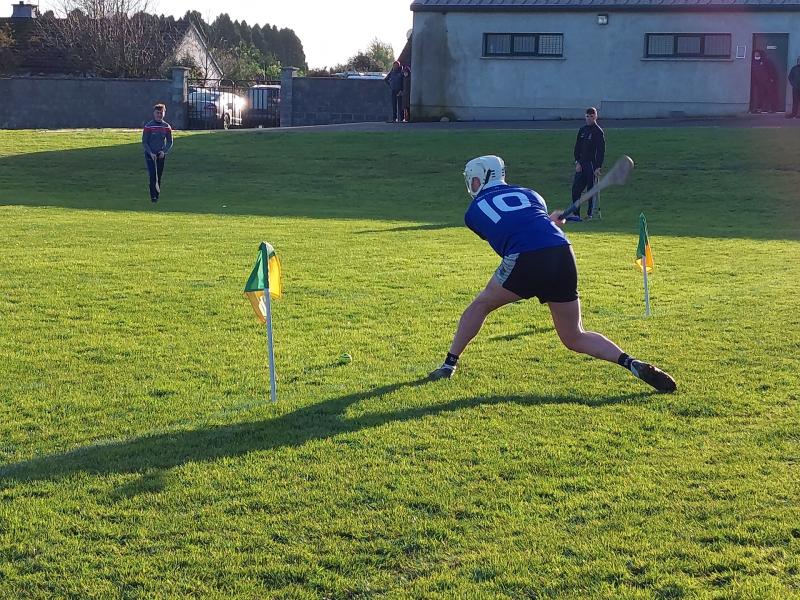 South Tipperary bounced back from their opening round humbling last weekend to record a hard fought and much deserved victory over a weakened Mid Tipperary team in the second round of the Miller Shield divisional competition in Clonoulty earlier this afternoon.

This was a much improved effort from South Tipperary and they looked the hungrier team throughout and with some positional changes from the loss to the North last weekend, they reaped the rewards with Dylan Walsh's first half goals giving them a nice cushion throughout the second half.

Mid Tipp had started the game strongly with Shane Doyle's goal inside the first eight minutes giving them an early 1-3 to 0-1 lead, but Walsh raised a green flag for the South quickly in response to prevent the Mid tails from getting up.

Playing with the aid of the stiff wind present in the first half, Mid Tipp led by three at the water break, but the South were starting to get into their game plan, with a sweeper deployed from the off giving them a solid platform at the back, and they managed to keep well within touching distance by half-time with an excellently taken second goal from Ballingarry man Walsh keeping them close, trailing 1-11 to 2-6.

They were doing all the hurling in the second half, and with Ciaran O'Dwyer's long range free taking impressive, they slotted over six points in succession during the third quarter which gave them a five-point cushion which they would ease home in the last 15 minutes.

There were solid performers througout the field for South Tipperary, with Sean Curran impressing at midfield, along with Dylan Walsh, Ciaran O'Dwyer, and Conor Whelan, who added a significant physical presence at centre-back.

The Mid team were well aided once again by Darragh Woods who played particularly well in the first half, while Shane Doyle and Diarmuid Ryan hurled well for periods also.