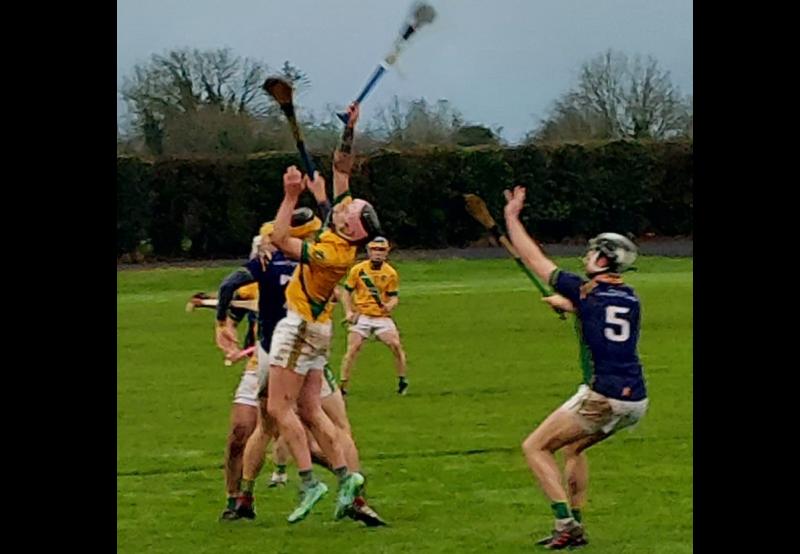 Moyne Templetuohy were comprehensively eliminated from this year's Munster Intermediate hurling championship on their home patch by Kerry outfit Kilmoyley this afternoon.

A lot of excitement was on display before throw-in, with a sizeable Kerry contingent present in Templetuohy making for a fantastic atmosphere, and the Kerry senior champions reveled in the conditions as they outfought, outsmarted, and outclassed the Moyne men who will be very disappointed with their effort here.

Two early Diarmuid Fogarty points in the opening seven minutes had given the Tipperary champions a solid start, but it was clear early on that Kilmoyley were going to fight like dogs for every ball, hunt in packs and spoil the party for Moyne as much as they could.

Gearoid O'Connor frees were the main source of scores in the first half for Moyne, but Kilmoyley carried far more threat inside, with Maurice O'Connor and Adrian Royle both goaling in the first half as they Kerry men took a 2-7 to 0-8 lead at half time.

The host needed an big injection of intensity, and they badly needed to keep their discipline as their frees conceded tally was through the roof in the first half as they became increasingly frustrated.

Sean Hayes pointed a beauty from distance after three minutes of the restart, but they were given a sucker punch soon after, as Daire Nolan of Kilmoyley rattled the back of the net after being teed up by Adrian Royle; all too easy for the inside line of Kilmoyley.

From here, things just went from bad to worse as the second half went on, with Gearoid O'Connor limping off with an ankle injury in the middle of the half, and when Maurice O'Connor netted his second with a fine strike to the top corner past Paul Maher, it was all she wrote from Moyne's perspective as they couldn't rescue the game.