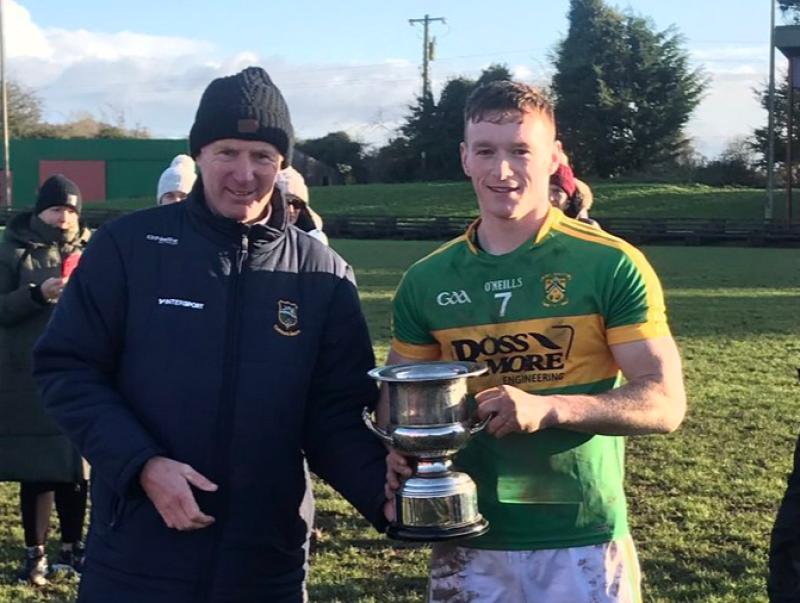 West Tipperary held out a late comeback from South Tipperary to claim overall victory in the Miller Shield divisional competition in Cashel this afternoon.

A win or a draw of any description was all that was needed for the West, and they were full value for the in here again and were professional if not amazing against a South Tipperary team that dug in for the whole match to make their opponents work for the win.

Indeed, the West took control of the game from an early stage and, with the aid of the first half wind in their favour, they led 0-7 to 0-2 with Jack Ryan whipping over five points, along with a point apiece for Willie Barry and Ross Bonnar.

South Tipp were struggling to make any inroads in attack, with an iron curtain half back line in the shapes of Dillon Quirke, Enda Heffernan, and Eoghan Connolly imperious once again, holding them at bay throughout the first half.

Sean Curran, Ciaran O'Dwyer, and Dylan Walsh recorded all of the South's first half scores, as Rian Doody's powerful strike five minutes from the break gave the West a 1-13 to 0-9 half time lead.

The second half for the West was a case of holding onto what they have as they were on the receiving end of the strong breeze, and they more than broke even in the scoring stakes in the third quarter, with points from Michael Ryan, Rian Doody, and Jack Ryan, along with substitute Devon Ryan's 40th minute goal giving them a strong 11-point lead at the seconf half water break.

It looked like it would be a procession in the second quarter of the half, but the South showed some pride in their effort and outscored their opponents by 0-8 to 0-1 in the last 15 minutes, but it wasn't going to be enough on the day as the West won out.

Best on the day for West Tipperary were the figures of Dillon Quirke, Jack Ryan, Rian Doody, and Michael Ryan while the South had a number of good performers too, with Sean Curran, Conor Whelan, Colin Shelly, and Dylan Walsh their main standouts on the day.

A story of remarkable endurance and deliverance