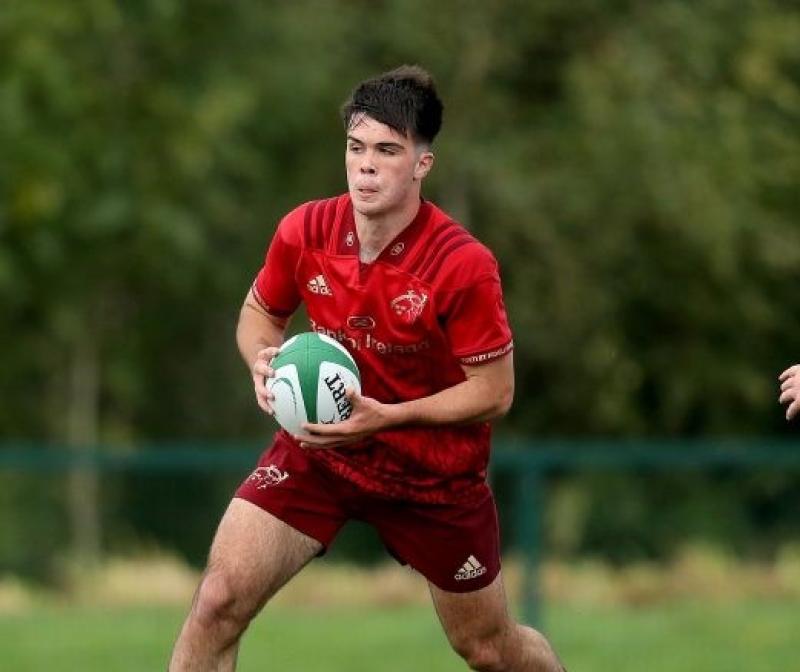 Dylan Murphy from Nenagh is one of the 22 players added to the squad.

Munster have drafted in 22 additional players into their Heineken Cup squad ahead of this weekends game against Wasps, with Nenagh youngster Dylan Murphy amongst the new additions.

Murphy is a product of Nenagh Ormond and is currently plying his trade at Garryowen in Limerick, in with a chance of featuring for the senior side in european action way ahead of schedule, after Muster's abandoned tour of South Africa resulted in the majority of their senior players either isolating at home or yet to return to Ireland, and so, the province had been reduced to a handful of Ireland internationals and academy players as they prepared for their trip to Coventry this Sunday.

19 of the players have been drafted in from the National and Provincial Talent squads, including a significant Tipperary contingent along with Murphy, as Fearghail O'Donoghue (Cashel), Alan Flannery (Tipp Town), and Adam Maher (Clonmel) are also onboard, with the majority  of the 22 players having featured at various stages in this season's All-Ireland League.

Players added to the squad below:

The deadline for submissions is next week