Willis stars as Portroe defeat Boherlahan in U21 B semi-final 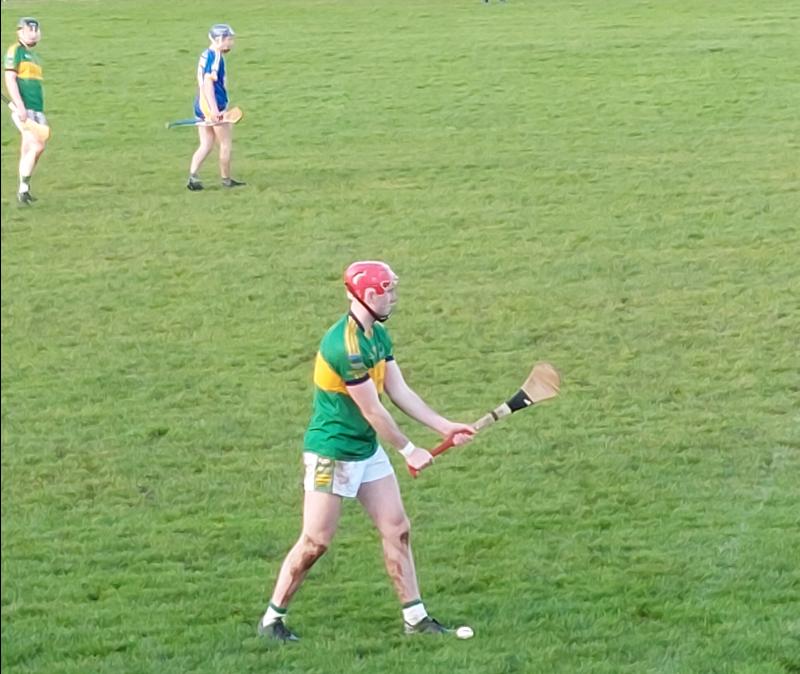 Portroe's AJ Willis lining up a free during today's game.

AJ Willis was the star of the show for Portroe as they reversed a five-point half time deficit to claw their way to victory against a gritty Boherlahan Dualla effort in the first U21 B county hurling semi-final in Templederry.

Willis notched an impressive 2-11 of his sides total, although his second goal was incredibly fortuitous for Portroe and it proved decisive. Coming in the 56th minute with the sides level, he connected well with the ball and Darragh Lacy in the Boherlahan goal was completed blinded by the glaring sun as it rolled into the net.

It was an unfortunate turn of events for Boherlahan, who had first use of the huge wind present in Templederry in the opening half, but probably didn't make the best of it on the scoreboard despite having the better of play, as they led by 0-11 to 0-6 at the break.

Boherlahan were well set in the third quarter to hold on for the win, as they continued to do most of the hurling as the conditions eased to their benefit in the second half, but were dealt a huge blow in the 43rd minute when Ned Ryan was given his marching orders, receiving a second yellow after hacking down Diarmuid Boyle close to goal.

This gave Portroe a huge shot in the arm and you could see their confidence increase massively as they started to win the 50/50 duels around the pitch, as Conor O'Brien steadied them up defensively, playing as the spare man and when Willis made the most of a Diarmuid Boyle flick in the 54th minute to goal, they had all the momentum.

Brian Óg O'Dwyer was in excellent form for Boherlahan, and in truth, the mid champions were far too reliant on the full forward who finished with 0-13, and once Portroe cut off the supply with the extra man, they finished strongly.

O'Dwyer had a late chance from a 21-yard free to bring it back to a single point, but he didn't connect with it as Luke Creamer gathered easily, as a late point from Willis ended the game in the 60th minute and booked safe passage for Portroe into the U21 B county decider.