Fitzgibbon Cup round up: How the Tipperary players fared in Round 1 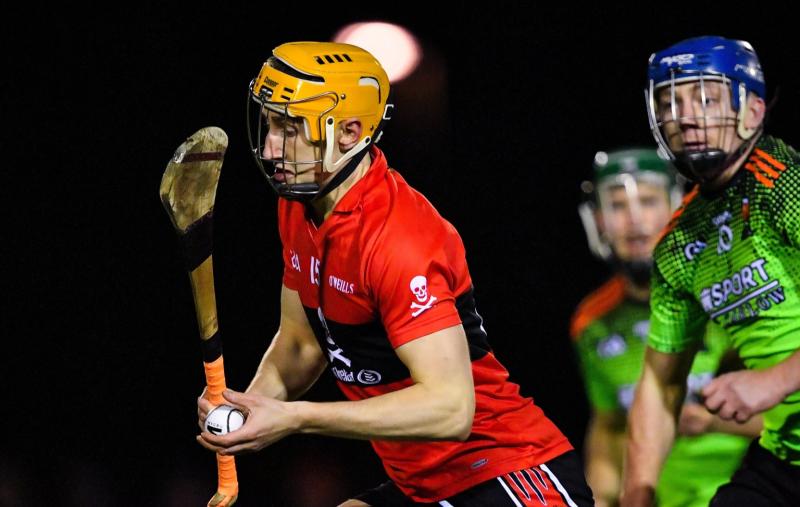 The 2022 Fitzgibbon Cup got underway this week and there was plenty of interest from a Tipperary perspective, with a large number of Premier men making up the ranks for various colleges in this year's competition.

UCC and Mary I of Limerick got the action underway on Wednesday night with the Cork college coming out on top after a largely competitive game on a score-line of 1-21 to 0-19.

Killian O'Dwyer (Killenaule) and Mark Kehoe (Kilsheelan-Kilcash) were part of the UCC team, with O'Dwyer captaining the team this year and lining out at corner-back while Kehoe had an impressive outing, scoring 0-4 from play over the course of the game from corner-forward.

There was a large Tipperary presence on the Mary I team through Johnny Ryan (Arravale Rovers), Keith Ryan, Aaron Ryan (Upperchurch-Drombane), Mark Stokes (Kilsheelan-Kilcash), Eanna McBride, Andrew Ormonde (JK Brackens), and Devon Ryan (Cashel KC) who all started the game, with JD Devanney (Borris-Ileigh) coming off the bench for the Limerick college.

Devon Ryan was probably the pick of the litter with 0-11 to his name by the end of the game, but there were assured outings by a number of players who more than held their own against a strong UCC team.

Elsewhere, Carlow IT got the better of WIT in a very tight game which ended 1-21 to 2-16 in favour of the Carlow college. Jerry Kelly (Borris-Ileigh) was named at 6 while Kiladangan's Fergal Hayes was named at number 3; the latter scoring 0-1 on the day as they helped their side to an opening day win.

DCU recorded a rather comfortable win over Maynooth University on Wednesday night, 0-21 to 0-11 the score at the end in an easy win.

Jake Morris (Nenagh Éire Óg) lined out at corner forward for Maynooth and was somewhat subdued due to the dominance of the Dublin college, scoring just 0-1 from a free in the second half, while Kevin Bracken of Thurles Sarsfields had a solid outing in goals for the Kildare based university.

In Dublin, UCD fell at the hands of a strong looking NUIG side who eventually grinded out a 1-21 to 1-18 victory. Philip Hickey (Nenagh Éire Óg) lined out at corner forward, and despite not scoring, was his usual industrious self as Cian Lynch and Evan Niland led the way for the West team.

There was a minor Tipperary involvement in the GMIT versus Trinity College game, with the Galway men coming out on top in easy fashion, destroying their opponents by 3-26 to 1-8.

Portroe's AJ Willis started at corner forward for GMIT and registered 0-1 for his efforts during the game, and was up against Jack Holohan (Moyle Rovers) during the game.

The final game of the round seen a Limerick derby take place as UL took on TUS Midlands (formerly LIT) in the opening round, with UL perhaps to many's surprise obliterating their rivals on a huge score-line of 5-30 t0 0-14.

Bryan O'Mara (Holycross-Ballycahill), Ciaran Connolly (Loughmore-Castleiney), and Gearoid O'Connor (Moyne-Templetuohy) all starred for UL in the game, with the latter on free taking duty, notching 1-7 (1-2 from play) in an impressive outing for the trio.

It was an evening to forget for the Tipperary men on the TUS team, with Adam Healy (Nenagh Éire Óg), Josh McCarthy (Toomevara), Kian O'Kelly (Kilruane MacDonaghs), and Billy Seymour (Kiladangan) having a difficult day out. Seymour scored 0-6 (0-2 from play) throughout the game, with O'Kelly scoring 0-1, while Roscrea duo Darragh Tynan and Evan Fitzpatrick made appearances from the bench. See full results below:

Man in his 80s dies in Co Galway road crash