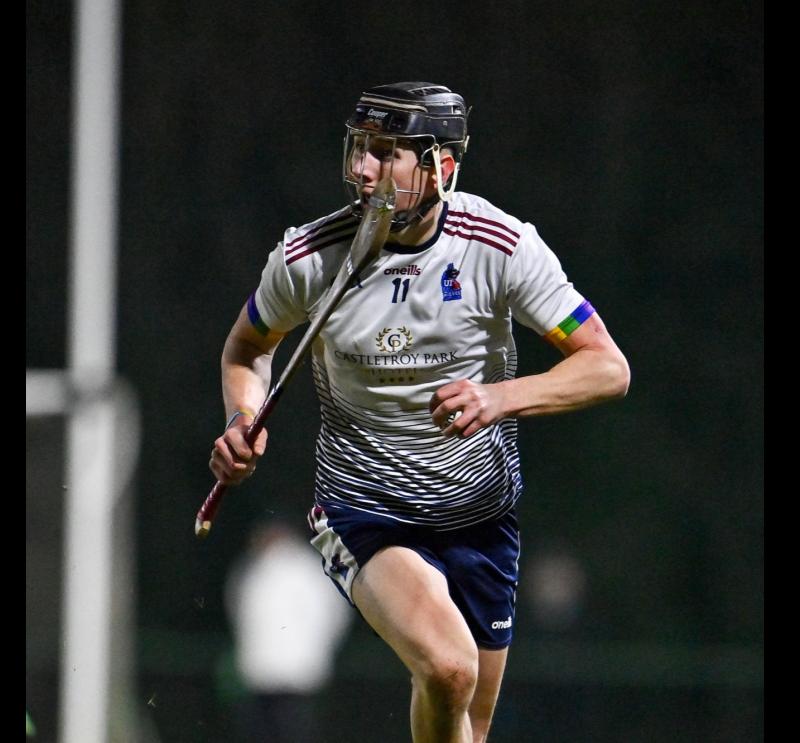 Round Two of this year's Fitzgibbon Cup took place on Wednesday and Thursday night this week, and once again, there was plenty of interest for Tipp supporters with a number of Premier players featuring again.

In the first of the Wednesday night games, IT Carlow outlasted Maynooth University on a score line of 2-22 to 2-19 after a hig scoring contest. Two Tipperary men were central in the win with Fergal Hayes (Kiladangan) lining out at full-back again, while Jerry Kelly (Borris-Ileigh) continues to bed in nicely at centre-back for the team.

Jake Morris (Nenagh Éire Óg) and Sean Ryan (Templederry Kenyons) were named on the bench for Maynooth University, but neither featured in the game, with Thurles Sarsfields goalie Kevin Bracken starting again for the midlands college.

UCC remain the pace setters with a commanding display putting away UCD in their game on Wednesday night, as Mark Kehoe (Kilsheelan-Kilcash) continued his excellent early season form with an impressive tally of 1-6 from play. Kehoe's goal in the middle of the second half killed the game as a contest with the Cork college winning out by 3-22 to 1-14. Killian O'Dwyer once again captained the side from corner-back and had an easy day throughout.

For UCD, Niall Heffernan (Golden-Kilfeacle) had a tough day at the office against a talented UCC team, lining out at midfield, playing the full game while Daire O'Brien (Mullinahone) made a brief appearance late on from the bench.

Elsewherer, the Tipperary contingent with Mary Immaculate College fell to their second successive defeat at the hands of NUIG on Wednesday night, losing out by 1-20 to 2-9.

Devon Ryan scored 0-6 from frees over the game but there was little else to shout about from the Tipp men as they tasted defeat again. Philip Hickey (Nenagh Éire Óg) had another energetic game for NUIG and was the sole Tipperary representative on the Galway team.

TUS MidWest (formerly LIT) got their campaign back on track after a convincing eight point win over TU Dublin, recording a 0-23 to 0-15 victory.

There was a massive contribution to the win from Tipperary players, with Billy Seymour (Kiladangan) standing out most with an 0-11 (0-4 from play) contribution, while their were also scoring contribution from Evan Fitzpatrick (Roscrea) with 0-3 from play, along 0-2 apiece from Kian O'Kelly (Tipperary) and Ruairi Maher (Silvermines), with Kevin McCarthy (Toomevara) also adding 0-1 from midfield.

Josh McCarthy (Toomevara) lined out at corner-back also, while there was a welcome sight for Nenagh Éire Óg supporters with Conor McCarthy making an appearance from the bench after an injury hit 2021.

Another Tipperary man returned from his injury woes in this game, with Patrick 'Bonner' Maher lining out at centre forward for the Dublin College, and was joined by Bob Kenny (Moneygall) in the half forward line who managed 0-2 over the course of the game. St Mary's player Joe Gunne also made a late appearance off the bench.

MTU Cork registered a six-point win over Trinity College Dublin, seeing out a tight game late on by 1-22 to 1-16 on Thursday night. Paddy Creedon (Thurles Sarsfields) lined out at full forward for MTU and played the full game, but failed to get on the scoreboard, while Billy Murphy (Carrick Swans) also featured at corner-back. Tipperary was also represented by Jack Holohan of Moyle Rovers once again this week, lining out at corner-back and playing the full game.

Results in full below: