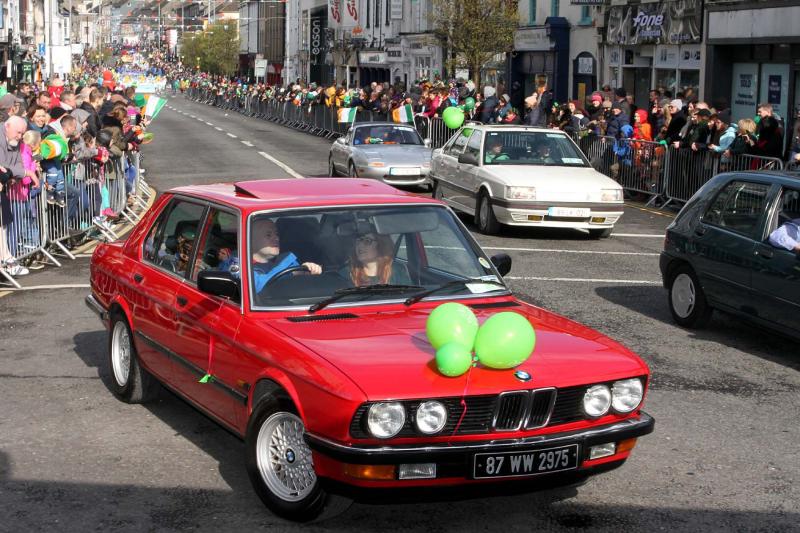 Following a two-year absence due to Coivd-19, St Patrick’s Day festivities are returning to Nenagh this year.

The news was announced this Tuesday by Tipperary County Council, who are working with Nenagh Live and Spain AV on a St Patrick’s Day festival.

The festival will replace the traditional parade, with events and activities taking place in a specially-erected festival village in the grounds of the courthouse.

Tipperary County Council said in a statement that, in association with Nenagh Live and Spain AV, they were proud to announce that on St Patrick’s Day a large outdoor stage and festival village will be built on the historic grounds of Nenagh Courthouse.

The main stage will feature musicians, bands, dancers and live performances of all shapes and sizes. Live entertainment will begin at 12.30pm until 6pm. Admission is free.

The festival village will feature a host of local vendors and small producers showcasing and selling their wares. Local vendors or producers within the Nenagh area who would like to take part are asked to email nenaghlive@gmail.com Spaces are limited.

“It is our privilege to partner with the Tipperary County Council, Nenagh Municipal District once again for an amazing event such as this. The St Patrick’s Day celebrations 2022 will be an exciting time for all involved as we strive to create an event worthy of our favourite town,” said festival director David Spain.

He highlighted that Nenagh had an amazing variety of musical talent and, for the first time, they are thrilled to showcase a wide selection of local vendors, produce and producers.

The cathaoirleach of Nenagh Municipal District, Cllr. Michael O’Meara, said that he was looking forward to the event.

“Nenagh Live has, over the past two years, contributed to the promotion of Nenagh at home and abroad and has given the opportunity to local performers to display the wide range of talent that is available,” he said.

Cllr O’Meara said that the festival was another opportunity to put Nenagh on the map and to provide visitors and residents of the town with live entertainment on this special day when we celebrate Irish culture.

A complete festival programme of artists and vendors will be released over the coming weeks.