North Tipperary GAA have announced their winners of the 2021 Player's of the Year on social media throughout this week.

Also announced, was the club team of the year, which was won by Kiladangan after a monumental year at various adults grades, winning the Senior, Junior B, Junior C, U19, and U21 North titles in a fantastic achievement.

Tipperary rivers under threat from pollution

More accolades went the way of the Puckane men, with Alan Flynn winning Senior Hurler of the Year, while Shane Gleeson (U19), and Conor Culhane (U21) all won awards in their age grades.

The winning captains from all the teams in 2021 will collect their teams medals this coming Friday February 25th at 8pm in The Thatched Cottage Ballycommon. 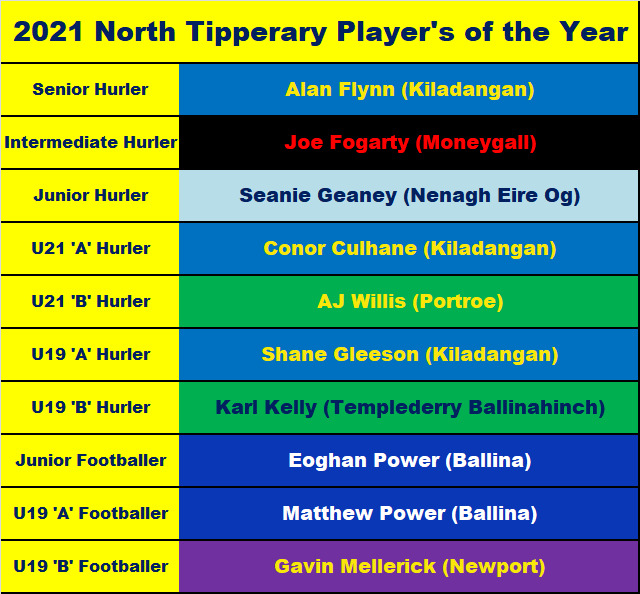