Honours even between Tipperary and Westmeath after Division 2 clash 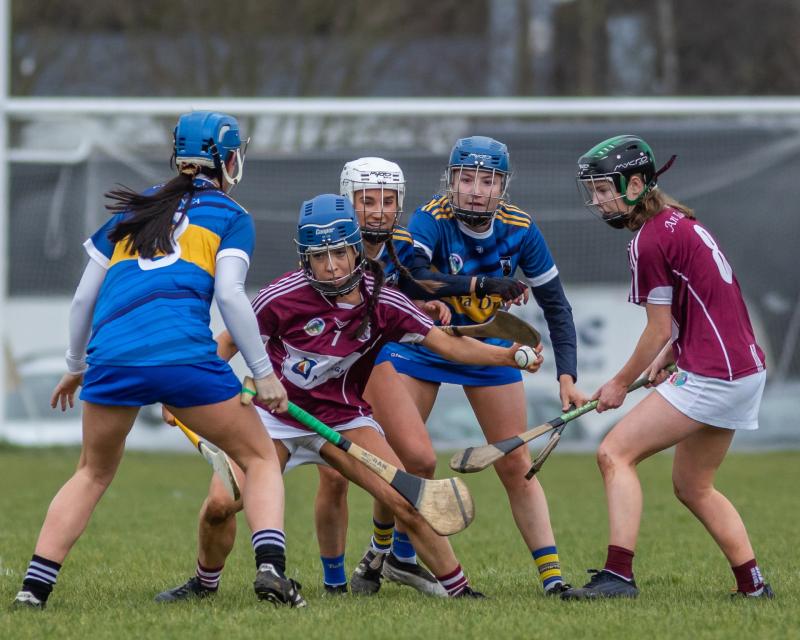 It was a case of mixed feelings for Tipperary at the final whistle in Rathdowney. On one hand having snatched a draw in the dying minutes against a Westmeath side who led for the majority of the match was a very good result.

However, on the other hand, it was a game that could have been won with some crucial scoring chances missed as well as claims for a late free that wasn’t given. The Tipp side certainly finished the strongest of the two teams, limiting Westmeath to just two second half points and finishing the game with a trio of scores that put them in the driving seat for victory. The final attack failed to yield a score when Ciara McKeogh looked to be fouled before referee John McDonagh sounded the final whistle.

Top scorer Aoife McLoughney got the games first score with a well taken free. Westmeath responded through a Maria Kelly point and soon took the lead when the industrious Sheila McGrath pointed. Playing with the aid of a strong wind Westmeath suffered a big setback when Ciara Cummins chased a long delivery into the square and flicked the ball past Fiona Keating in the Westmeath goal.

Westmeath then hit a purple patch with a brace of points as their attack started to open the Tipp defence. Maria Kelly, Sheila McGrath and Louise O’Connor all raised white flags to give them a half time lead of 10 points to 1-2. Tipperary finished the half well with Ciara McKeogh and Caroline Browne winning plenty of possession in the middle of the field. They should have had further scores on the board but a couple of shots went agonisingly wide or dropped short while a great goal chance by Emily Morrissey hit the side netting.

Playing with the wind in the second half the premier side started to really grow in confidence with the half backline of Amy Crosse, Emma Carey and Aisling Sheedy excelling. Tipperary began to cut into the Westmeath lead with scores from the always threatening McLoughney and Annacarty’s Leah Heffernan.

Sheila McGrath got her 4th point of the game in the 47th minute to keep 3 points between the sides. An Aoife McLoughney 45m was followed by an Emma Broughan point for Westmeath as the intensity of the game lifted and supporters were treated to an exciting finish. With 54 minutes gone and 3 between the sides, Tipperary drove at the Westmeath defence in search of more scores.

The work rate of the forward line was excellent as they turned over the ball getting in lots of hooks and blocks resulting in 3 unanswered points from Aoife McLoughney (2) and Caroline Browne (1) to level proceedings. In the end the draw was the fairest result between two sides eager to get their first win of the campaign after first round losses. Next up for Tipp is a final group game against Waterford at home on the 12th March.