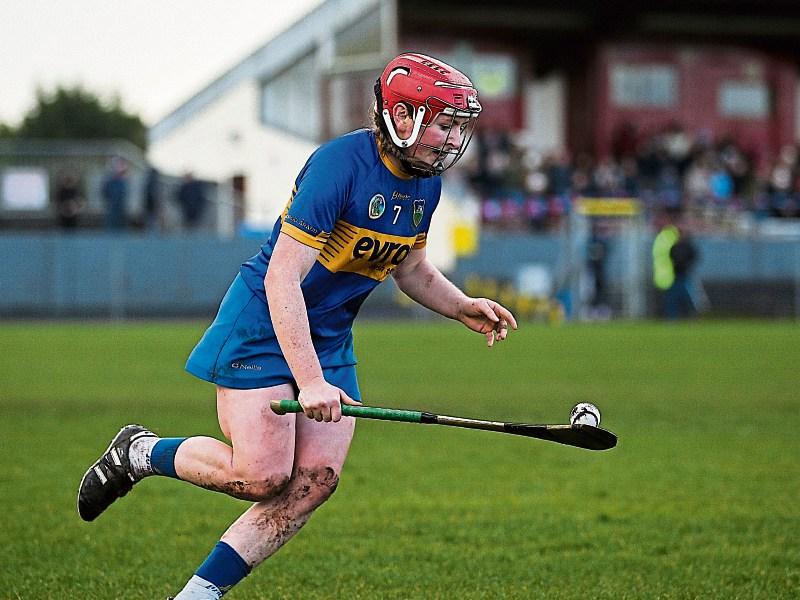 Tipperary half back and stalwart Aoife McGrath was at the official launch of Tipperary camogie and Setanta College’s new partnership, and the Loughmore native lauded the move and acknowledged how important this will be for camogie in the county now, and in the coming years.

“It’s absolutely fantastic. Strength and conditioning has become such a massive part of the game in the last few years so to have the likes of Setanta on board from under 14 up to senior is huge and it will improve the fitness and physicality of everyone involved in Tipp camogie,” McGrath highlighted.

The move coincided with the recent funding awarded to Tipp camogie and their joint venture with St Joseph’s College Borrisoleigh, with €246,000 being made available through the Government Sports Capital Grant funding for a centre of excellence at the secondary school, and McGrath is excited to see how much it will improve the quality of the teams training when it is completed

“Having a centralised location to train will be great going forward, somewhere we can have collective sessions rather than players training here, there, and everywhere throughout the county. You’re meeting the rest of the girls more regularly and it’ll be great really.

“Intercounty camogie right now is like a full time job. It’s everything you do, it’s your training, but it’s much more than that too. It’s all about the work you do in the gym, your recovery, your food, your sleep; there is so much involved but if you want to be the best and compete against the best that’s what you have to do, “she said.

McGrath highlighted the massive jump in the physical nature of camogie in recent years, and while they may be behind their male counterparts in terms of that element of the game, she feels the need for appropriate preparation for the demands on players is vital.

She said, “There’s been a massive jump in the level of fitness, strength, speed and physicality in the game in the last five or six years which is fantastic, but you have to be prepared for that now. The game has improved as a result of that.”

It has been a busy period in terms of news for the wider Camogie world in recent weeks, with the GPA proposing an amalgamation of all Gaelic Games bodies to come under the umbrella of the GAA, and McGrath is all for that coming into effect as soon as possible, and she believes it will continue to increase equality across the board in terms of recognition, funding and media attention to improve women’s sport across the board.

“I think so. At the end of the day we’re all GAA people and we’re all playing the same games so I think it is bound to improve our games and for me, it’s definitely the way forward in the coming years.

“It is something that has really improved over the years with camogie. More people are seeing the games and paying more attention and linking in with Tipp GAA in their partnership with Setanta is one of many steps forward to come in that regard.

The Drom & Inch contingent are back inside camp in recent weeks, and after a great run which culminated in two Munster final appearances, McGrath is ready to get back into the blue and gold jersey.

“Yeah, we’re all back in training now and delighted to be back. We took a bit of a break after a long winter of camogie and I suppose we had a bit of a disappointing end but when we look back on it after a bit of time, it was a fantastic year.

“I probably felt like I didn’t want to see a hurley again after the Scarriff match! But winning three county finals in a row and having a Munster title has been a massive achievement.”