INTERVIEW: Grace O'Brien relishing every minute in a Tipperary jersey 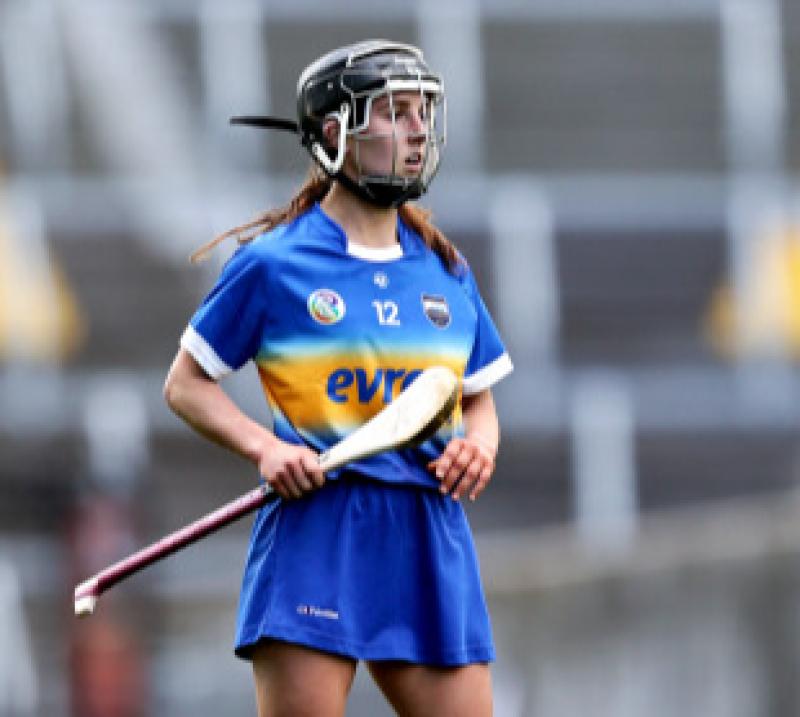 Nenagh Éire Óg’s brightest camogie star Grace O’Brien has made massive strides in her camogie career since taking the game up from a young age.

Having joined the Tipperary senior camogie panel in 2017 as a teenager, O’Brien was this year recognised for her excellent performances as she was made joint-captain for the 2022 season.

Coming from a GAA mad family, O’Brien credits her father’s influence for getting her into camogie, and while Nenagh is a strong GAA town, there was none until the mid 2000s and it took some savage work to bring it together in the early days.

“My Dad and all his brothers and my Grandad would have all hurled with Nenagh Éire Óg but there wouldn’t have been a women’s club in their time," O’Brien remembered.

“When I was in primary school it (camogie) was a big thing there. Gilbert Williams was our principal and he was very big into hurling and camogie so a lot of good players have come out of there, so that was really enjoyable. I was getting exposure to it on all fronts between school and playing in Nenagh.”

“I used to do a lot of horse riding. I was huge into it and I remember when I was around 12-years-old it was getting to the stage where I had to choose between continuing with horse riding or camogie. But I decided to stick with the camogie because I enjoyed it a lot more to be honest.

“I remember going to watch Eimear McDonnell play when I was growing up. I would have been in my early teens at the time and this was around the time when Burgess were dominating the club championship. I thought she was just brilliant and her, along with Maeve Moloney who would have been the Nenagh link in that team and seeing her being that successful in that team, it kind of gave other girls inspiration that we could be as successful as that,” she recalled.

“I was never into anything other than sport as a child. I grew up watching matches and going to matches, so I was never really a girly-girl but more of a tomboy!” she laughed.

The University of Limerick graduate works in St Joseph’s College Borris-Ileigh as a PE and Geography and her decision was based around her sporting career, and while the effort is huge she sees the strides being made, not just in Tipperary camogie, but in women’s sport nationally.

“It was based around sport. I talked to my career guidance counsellor in school and I really wanted to study in UL because it was close to home and it would be a handy drive to come home for training.

“I think in the last number of years there has been a lot more talk around Tipp camogie, with the media coverage becoming a lot more prevalent and you can see a lot more young girls running around with the camogie jerseys on rather than the men’s jerseys. When I was growing up I wouldn’t have even known what a Tipp camogie jersey looked like.”

Currently a key member of Bill Mullaney’s Tipperary team who are trying to bridge the gap since the county’s last All-Ireland win in 2004, O’Brien has loved every minute she has played for the Premier from a young age onward, and recalled how out of place she felt in her first few games at senior level.

“I remember being in primary school and we they were sending some of the Fifth and Sixth class students to training’s for the primary game team, and I was put on the panel for that and I’ve played for Tipperary at the different age grades since then, so that was when I realised that I wanted to do it. Actually, being able to play for Tipp was such a big thing at that time.

“Very early on in my first year on the senior panel, I remember playing Cork and I came on in that game. My parents said when I ran on I was standing beside Gemma O’Connor and I looked so small in comparison, I looked like a child!

“What motivates me is that you only get a certain timeframe to put on a Tipperary jersey and I’ve thought about going on a J1 and going to Australia at different times over the last few years, but I just love it too much to step away and I just don’t want to waste some of the best years I could have playing for Tipp,” she finished.

Nenagh rail line has €45.5m investment with no return on speed or services