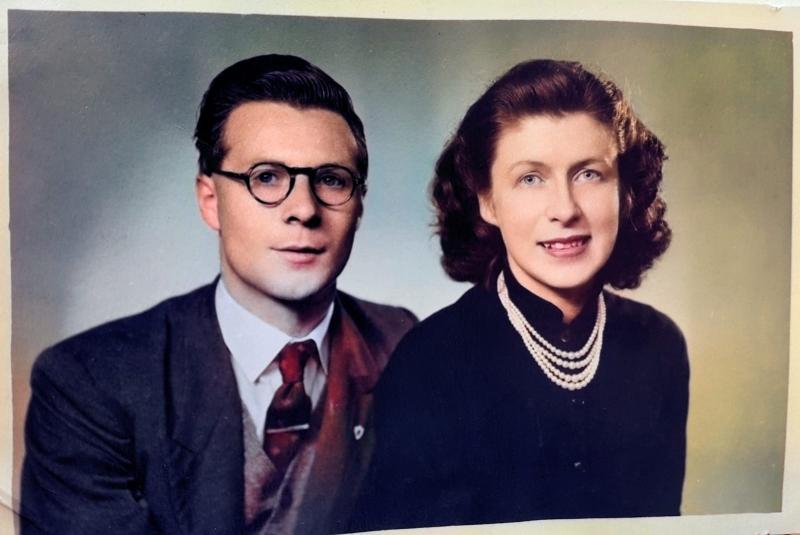 The late Colm Lynch and his wife Peggy

Son of Garda Sgt Patrick Lynch and Siobhan Lynch, Colm had lived in Moyne near Thurles, before his father moved to Toomevara in 1940. He studied in Nenagh CBS and taught in Wexford and London, before his love of classical music brought him to Germany.

A keen GAA fan, he took pride in Tipp’s hurling successes and sent home each year for videos of the All-Ireland finals. An inveterate traveller, in his retirement he visited every country in Europe each year, from France to Romania, and from Poland and Ukraine down to Italy and Sicily.

Despite breaking his hip in a fall from a train last year in Italy, he was looking forward to returning to Ireland this year, once Covid restrictions had been lifted. He always remembered Toomevara and regularly asked after villagers he had known including teacher Jack Donovan, Eileen Murtagh and the Boland and Treacy families.

Colm was buried in Frankfurt beside his late wife, Peggy. The chief mourners were his sons Philip and Andreas, and his daughters, Deirdre and Geli. His other son Brian, a musician, died last year in Australia.

His brother, author Brendan Lynch remembered: “A humane and insightful man, Colm’s heroes were writer James Joyce and Dr Noel Browne, who eradicated TB in the 1950s, before being sidelined by religious and medical establishments. Having seen so many die of curable illnesses in his youth, he became an early proponent of the value of human life. And the importance of making the most of it, which he did with his studies and travels. He lived life to the full.”