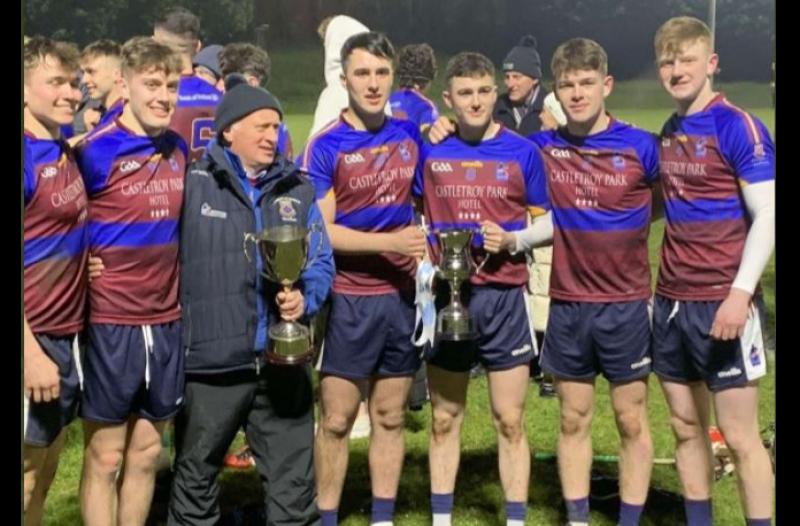 The Tipperary contingent pose with the cup after UL's Freshers championship win.

Tipperary had heavy representation on the University of Limerick freshers hurling team which claimed the second part of the league and championship double with victory over DCU in UL on a 1-20 to 0-11 score line.

Conor Cadell (JK Brackens) and Max Hackett (Moycarkey Borris) both started the game at midfield for UL, while Conor O'Dwyer (Cashel King Cormacs) and Michael Corcoran (Silvermines) both lined out at corner back for the game which was dominated from start to finish by the Limerick college.

There were also Tipp players on the bench with Luke Shanahan (Upperchurch Drombane) and Stephen Ferncombe (Clonoulty Rossmore) featuring in what is a star studded panel, with Limerick senior panelists Adam English, Colin Coughlan, and Cathal O'Neill all in prolific form during the game.

UL captured the League title in February with a win over NUIG that doubled as a championship clash and were in excellent form all year, beating all before and after them.

A tag or chip is embedded in the core of the Smart Sliotar which can be read by an app on a mobile phone and can be verified as being an official match ball. 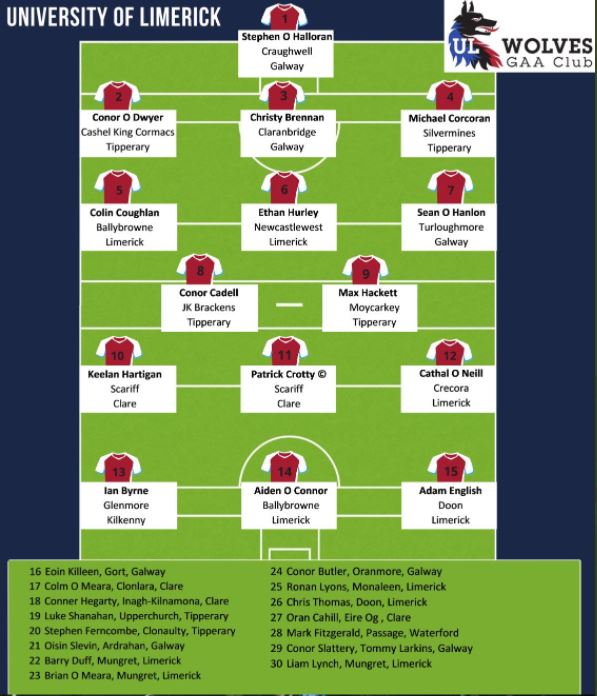