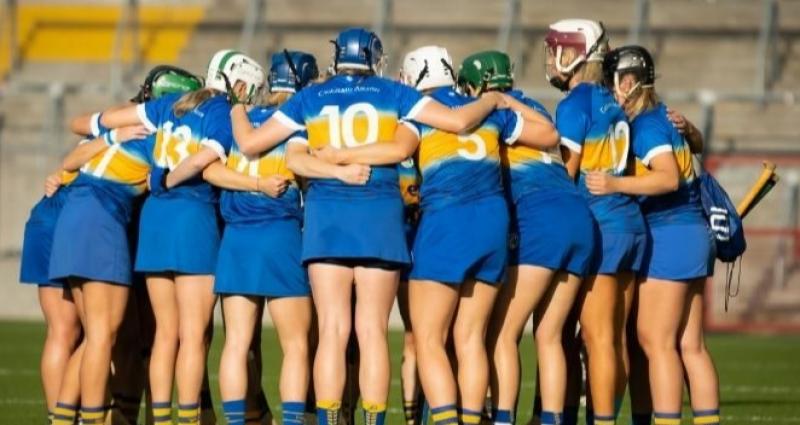 A solid first half performance from Tipperary paved the way for a third successive win in this year’s National League in appalling conditions for a finish in the Ragg earlier this afternoon.

Casey Hennessy’s first half goal gave Tipperary much of the impetus in their early dominance where to took a 1-5 to 0-2 lead after 12 minutes, and despite a tidy Kerrie Finnegan goal before half time for Dublin, the second half was far from vintage as Tipp did enough to claim victory.

Tipp were playing into the wind in the opening half, and despite this they were the more dominant team for large spells, racing into  0-4 to 0-1 lead after Dublin’s Kerrie Finnegan opened the scoring inside the first 60 seconds with a nice score from play.

There were several welcomed late changes to the starting line up for Tipp, with Cait Devane, Mary Ryan, Aoife McGrath, and Eimear Loughman all starting and the chance to get game time into their legs will be very useful going into the Galway game in a week’s time.

A Cait Devane free got Tipp up and running a minute later, with Grace O’Brien, Claire Hogan, and another Devane score from play getting Tipp into an early three point lead and a good opening to the game.

The short passing and running game was being utilised well with the breeze against Tipp, and Clodagh McIntyre was a target for a lot of early attacks for Tipperary, and it paid dividends in the 11th minute, when she powered into the 21 before unloading a hand pass to Casey Hennessy who lashed home a strike to the roof of the Dublin net from an acute angle.

It was a strong start from Tipp but Dublin gradually started to make their way into the contest, using the elements well to outscore the home side by 0-3 to 0-2 in the next ten minutes, with Aisling Maher scoring the trio of points in opposition to points from Caoimhe McCarthy and another from Grace O’Brien to leave it at 1-6 to 0-4 on the 20 minute mark.

Dublin cut the deficit to three points in the 23rd minute with Aisling Maher proving to be the playmaker on this occasion, finding a cute hand pass in a crowd for Kerrie Finnegan to run in on top of Aine Slattery and bat to the net to make it 1-7 to 1-4.

Tipp finished the half well though, with two further points from sharpshooter Cait Devane to give her side a four point lead with the breeze at their backs for the second half.

Unfortunately for the players and spectators, the heavens opened during half time and continued to pour during the second half and turned the game into a very scrappy and dis-jointed affair.

So much so, that it took until the 47th minute for the first score to come from a close range Cait Devane free, with both sides really struggling to get to grips with the swirling wind and wet ball.

A powerful run from Dublin’s Aisling O’Neill had Tipperary scrambling to prevent a goal in the 53rd minute, and despite AIne Slattery effecting a clearance after the ball was knocked loose by Mary Ryan, Jody Couch picked up the pieces to slot over her sides first score of the half with a nice strike.

Cait Devane scored another free in the 56th minute, and despite Aisling Maher picking off two frees in the final five minutes to reduce the gap to three points, a late Caoimhe Maher point from play in injury time after a fine pass from Eimear McGrath gave Tipp the breathing space to see it out.