Excellent win for Nenagh ahead of play-offs 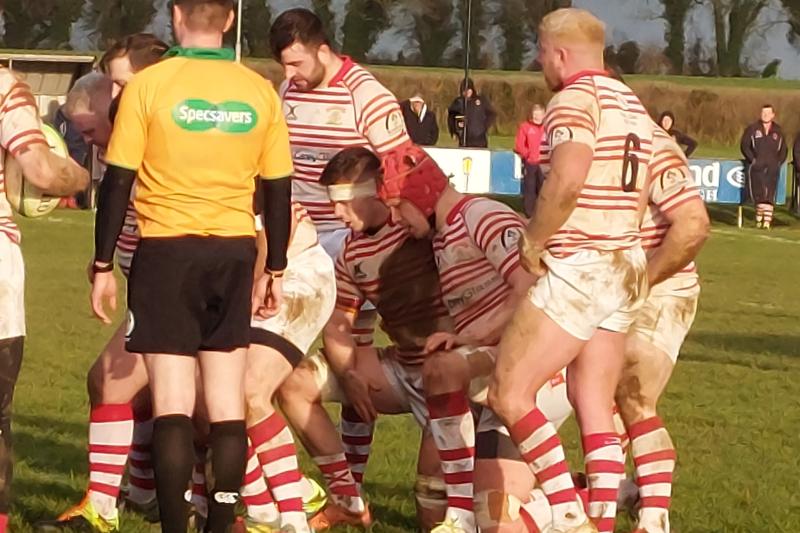 Nenagh and Barnhall went into last Saturday’s final regular Energia hLeague fixture with very different tasks but with plenty on the line nonetheless.

What followed was a contest that didn’t disappoint as both teams spared nothing in chasing their required targets. For Barnhall that target was a maximum point win that with some luck in fixtures elsewhere may have seen them into a promotion playoff position. 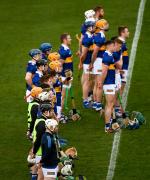 Nenagh on the other hand already knew their fate would be a relegation playoff over two legs against Rainey Old Boys.
However to ensure the vital home advantage in the second leg of that series they would need to remain ahead of Rainey on league points, with only one point to spare over them going into this game.

If Nenagh were determined to keep their fate in their own hands the opening minute of the match did not support this fact.
From the kickoff Nenagh secured possession and kicked long for space. The chase was somewhat lacklustre and without a single breakdown, some neat link play from the Barnhall counter attack resulted in a try for the Barnhall left winger.

Some choice words were clearly said under the posts as the next 30 mins were all Nenagh. A Nenagh attack that has threatened to cut loose several times in recent fixtures really seemed to catch fire based on a rock solid set piece, particularly the line out.

Tries from Conor Muldoon, David Gleeson and Derek Corcoran all showed good combinations of forward and back line strength. Fionn McGibney was in form from the boot too, converting all three tries and adding a penalty too.

Willie Coffey’s return to the 12 shirt after missing the two preceding fixtures had a notable effect too, with his strength in attack and defense creating opportunities for others around him to shine.

With the tide in Nenagh’s favour it appeared almost certain the try bonus for four tries would arrive before the short whistle.

However an accidental collision involving a player from each side led to a long delay as the Barnhall player required treatment and it was the home team who responded better after the resumption of play.

A converted try for them to round out the half meant it was still game on for the second half with the score at 24-14.
The game really became a shootout in the second half. With yellow cards and injury enforced changes for both sides the game had a hectic pace.

Both sides showed ambition in attack on what must be acknowledged was a pristine surface at the Kildare club.
On two separate occasions the home side narrowed the gap to three only for Nenagh to respond both times through tries from Niall O’Gorman and Peter Coman, both off the back of sustained periods of attack in the Barnhall 22.

The final score of the day was an effort from Kian O'Kelly who was very impressive and always looked a threat from the moment he was introduced.

In fact the depth of Nenagh’s squad on show on the day was most reassuring with the attrition of back to back playoff games to come. Cian Ryan started at 9 in place of the injured Nicky Irwin and was a thorn in the side of the Barnhall defence all day with his breaking threat. James Meagher started in the number seven shirt and put in a massive shift featuring strongly on both sides of the ball.

Cathal Ryan replaced John Hayes who was a late withdrawal as cover at prop and worked hard for the period he was on the park.

Kevin O’Gorman started in place of Kevin O’Flaherty and added a lot in terms of physicality in the tight exchanges while both James Finn and Kian O’Kelly made very positive impressions off the bench in the back three positions with the starting full back McGibney moving to ten when Derek Corcoran left the field with a nasty head wound.

All in all it was just what the doctor ordered for Nenagh. The home second leg in the playoffs was secured, valuable minutes were clocked up for various squad players and most importantly the team goes into the all important relegation series with winning momentum on their side.

A week off to rehab knocks is well needed after a tough three games back to back over the last three weeks and then it’ll be a case of fingers and toes crossed for all supporters of the Ormond men that the team can bring the attacking flair displayed on Saturday to bear on the Rainey Old Boys fixtures over the following fortnight.

Given the dire situation this team was in pre Christmas with nine games played and only one win and six league points to show for it, where they are now, is a much brighter vista. All any team can hope for in April is to have their destiny in their own hands.