REACTION: “We are disappointed not to come away with something." - Colm Bonner 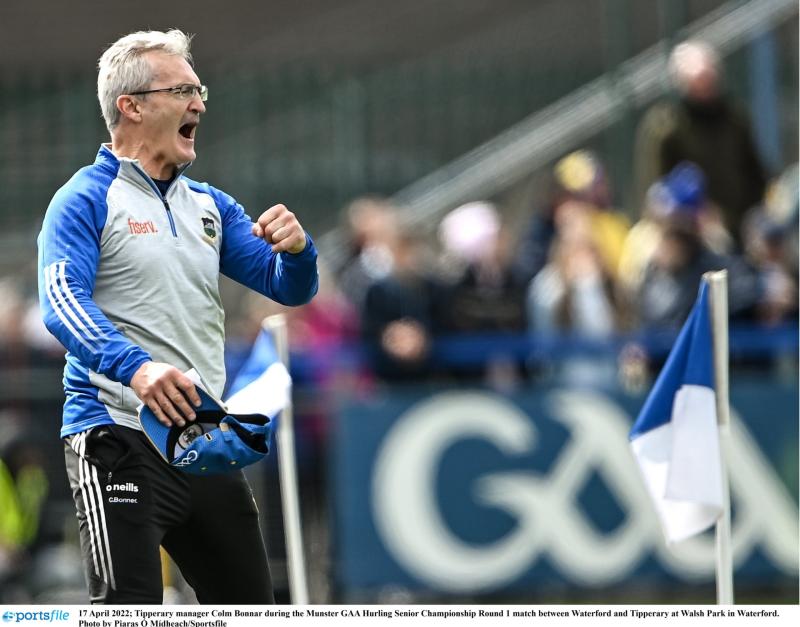 Tipperary Manager Colm Bonner faces the task of preparing his men for the visit of Clare to Semple Stadium on Sunday, with a very quick turnaround to contend with.

Though disappointed to have fallen to Waterford in the opening round of the Munster championship having put in such an impressive performance, the Tipp lads will get back on the horse straight away, and it is something which is very pleasing to the manager.

He recalls days from his own career when defeat in the first round meant the end of the summer, but in the current format, Tipp will have at least three more games.

“It’s now about playing to our potential and bringing our best because I think there is more in our lads. The great thing about this championship is that the boys are getting a chance to put on their gear again next Sunday and what an opportunity that is for them. They are relishing these games and I love the championship the way it is at the moment. We hope that by the end of the four games we will have put ourselves in contention to go forward,” he said.

The Cashel man was very clear in his thinking as to how Waterford put them to the sword. He pointed to the 1-4 hit by Waterford immediately after half time as being crucial in the destination of the points. And, the loss of Tommy Dunne from the sideline didn’t help either.

“Tommy was a huge loss on the sideline because he has huge energy and he has a big voice for the players. When you are in a hostile place like Walsh Park was, you need someone like that on the sideline. He was driving us on and driving everything and the players have huge respect for him and respond to his calls. He was missed by us in the second half.

“We are disappointed not to come away with something. We had a very good start and by half time, maybe we could have been seven or eight points up because we missed a few very good goal chances.

"That would have helped us for the onslaught they brought in the second half, but even after that onslaught I looked at the scoreboard and there were just one or two points in it, and I knew that we were not going away from this championship game.

We were not going to lie down and in fairness we were pushing at the end and had a couple of chances to draw level. They were a bit more clinical in the goal chances they had,” he said.

As for the newcomers to the team, Colm was lavish in his praise for them and expressed his belief in their capabilities.

“A lot of people forget that these players have waited a long time to play for Tipperary.

“They have replaced big players but we have huge belief in what they are about and there are more players in the dressing room who are only waiting for a chance.

"We have to re-group very quickly and set our sights on Clare. No doubt Brian Lohan was looking at this game and sizing up what we are about, so we have to get the lads recovered and get back into it because we feel we can still have a say in this championship.”

Waterford Manager Liam Cahill was delighted with the win: “It was a real tough, Munster championship battle and if we were not as well prepared, we would have been caught.

“I think the game has been massive for both teams today.

“For the younger brigade in Tipperary, they came through a really good battle and the future looks really bright for the new debutants. Fair play to Colm and the lads for getting them out in such good shape today,” he said before commenting on the excellent condition of the pitch in Walsh Park.

He also alluded to the nervy and jittery showing from Waterford in the first half which was replaced by a more mature approach in the second half.