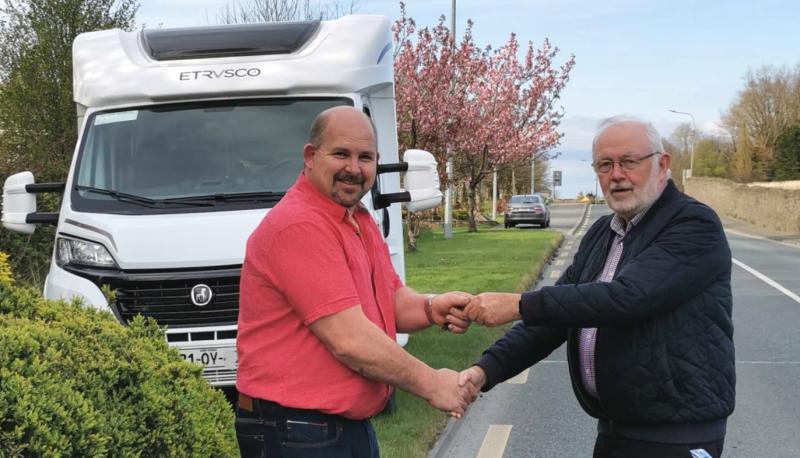 Mr Cadell was speaking after the winner of the €75,000 Etrusco camper van was drawn in Reidys of Newtown Nenagh.

He said the funding was needed for the cancer support centres in Nenagh, Thurles and Roscrea and the in-home care services provided to terminally ill patients which has been of such invaluable assistance to so many families over the years.

The camper van was won by William Flaherty from Ferbane, county Offaly, whose ticket was pulled from the hat by independent scrutineer Eileen Flynn of Slattery Flynn & Co Accountants, Nenagh.

Mr Cadell thanked all the 7,995 supporters who purchased tickets. He also thanked Billy and Henry from Winacamper for the professional and efficient manner in which the organised and ran the draw on behalf of the hospice and wished them success in all their future endeavours.

Referring to the local efforts made to ensure the draw was a success he thanked the coordinator, Paddy Heffernan who the huge amount of work and effort he had put in and also the local committees in Nenagh, Roscrea, Templemore and Thurles for their work in ensuring that all tickets were sold in advance of the draw.

Paddy Heffernan, chair of the Nenagh branch of North Tipperary Hospice, expressed the hope that, now that the worst of the Covid pandemic was behind us, the movement can return to the more traditional fundraising events associated with the it, starting the annual Sunflower days which will be held this year on Friday, June 10, and Saturday, June 11.

Mr Heffernan thanked Bobby Reidy for making his premises available, as well as they local media for their support, as well as the staff at Pat Horan Motor, who supplied the camper van and those at Winacamper.