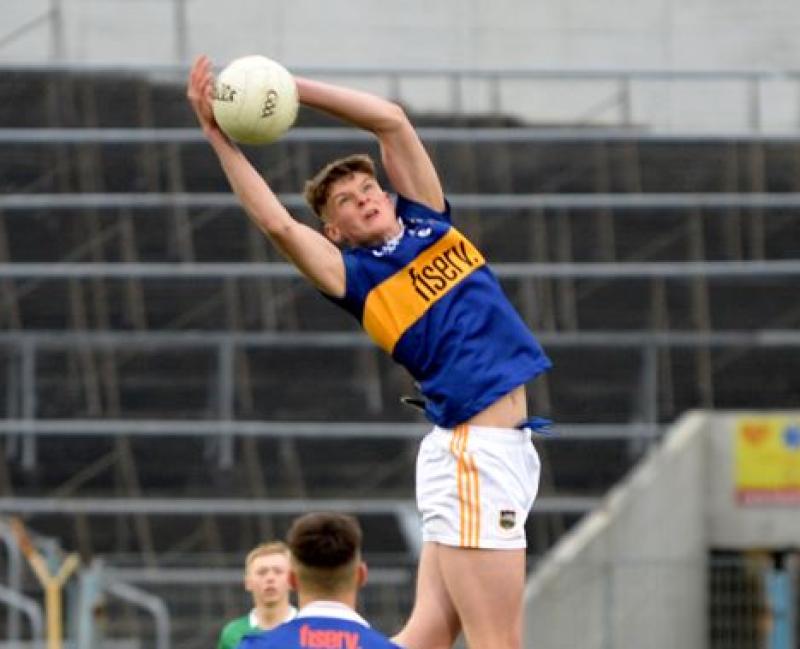 A disastrous opening twenty minutes scuppered Tipperary’s chances of a Munster minor football final clash with Kerry as they slumped to a disappointing fourteen points defeat by Cork in the semi-final at  FBD Semple Stadium.

With wins over Waterford, Limerick and Clare under their belts going into the game, Tipperary’s optimism that they could turn over a Cork side that had taken a hammering from Kerry, quickly turned to deep disappointment with the Munster final pairing decided beyond question after Cork had fired 2-9 to Tipp’s solitary point in that opening twenty minute spell.

Tipperary simply were not “at the races”. Slaughtered on their own kick-outs, coughing up possession in alarmingly easy fashion, they lacked the pace and elan of their rivals who strutted about the pitch oozing confidence. They had eight points on the board to Charlie English’s solitary response from Tipp after fourteen minutes when Brian Hayes careered through a fragile Tipp defence for Cork’s first goal.

Game over after twenty minutes.

Just about everything that could go wrong was going wrong for Tipp but to their credit they finally got going and had the last five scores of the first half. They also had a penalty kick saved, Conall Grogan’s shot in the 22nd minute being saved after Ben Carey was fouled but with Grogan and English leading the way they hit five points to trail 0-6 to 2-9 at the interval. What a goal from the penalty would have done for morale!

A Daithi Hogan goal three minutes into the second half raised Tipp supporters hopes but two minutes later Ed Myers scythed through the Tipp defence for a third Cork goal to put them 3-11 to 1-6 clear.

Once more Tipp showed plenty of fight but they never threatened to overhaul their rivals who had Darragh O Donovan black-carded on fifty minutes, and whose management enjoyed the luxury of using their full quota of subs knowing their place in the final was secure.

WEATHER: An unsettled weekend ahead with heavy showers and spells of sunshine