Tipperary involved in yet another stalemate with Clare 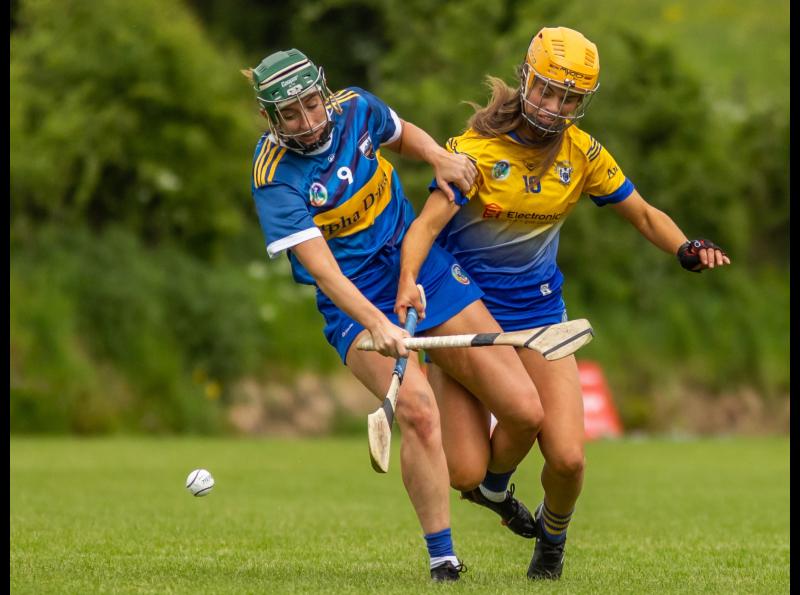 Injury-time points from Susan Daly and a Chloe Morey free secured a share of the spoils for Clare with Tipperary at the end of a competitive but tight affair at The Ragg.

Clare had defeated Tipp after a replay in the Munster Championship and so it was no surprise that the teams knew each other so well, more or less cancelling each other out.

Tipperary looked to be the sharper and livelier of the two sides in the opening exchanges and at half time they enjoyed a two point lead. Cáit Devane scored three of her five points as Tipp led by 0-5 to 0-3 with Zi Yan Spillane and Lorna McNamara getting on the mark for the visitors.

There was a real championship bite to the game and the tackling and pressure was ferocious. The large crowd in attendance were treated to an entertaining contest despite the low scoring aspect of the game.

The Tipperary attack were moving well with Clodagh McIntyre and Nicole Walsh winning plenty of possession but the final shot on goal let down Tipperary mainly due to the intense pressure and work rate of the Clare defence led by Aoife Keane and Chloe Morey.

Clare were awarded a penalty early in the second half when Zi Yan Spillane was judged to be fouled. Aine Slattery in the Tipperary goal pulled off a fantastic save to keep her side in front.

By the three-quarter mark Clare had drawn level but the Tipperary response was excellent and two converted frees by Devane edged Tipp two points ahead. Eimear Kelly and substitute Ereena Fryday swapped points and it looked like Bill Mullaney’s squad would edge a vital win over Conor Dolan and John Carmody’s unit but Daly and then the nerveless Morey snatched the equaliser.

There was more drama to come when Tipperary were awarded a long distance free. Eimear McGrath who had made a great impact off the bench with a well taken point struck the free into the danger zone but to everyone’s amazement the referee sounded the full-time whistle while Cait Devane was about to catch the ball.

Catch the ball she did and fire it into the back of the net but it didn’t count to the disappointment of the Tipperary team. Best for Tipp on the day was Mary Ryan who was excellent at fullback and Grace O’Brien and Caoimhe Maher who put in a huge shift in midfield.

Next for Tipperary is a trip to Dublin next Saturday to face a Dublin side that recorded a great win over Waterford in their opening game winning 1-11 to 0-12.

Nenagh gardaí have seized over €100,000 worth of drugs so far this year