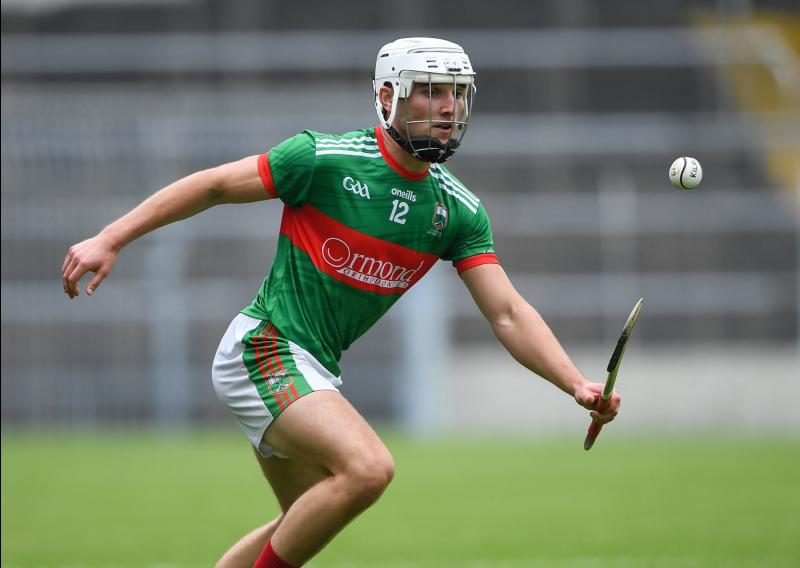 Loughmore Castleiney registered their first win of the group stages of this year’s senior hurling championship at the third attempt and clinched a quarter-final spot, as they just about managed to see off Éire Óg Annacarty in Holycross earlier today.

Needing a win to ensure qualification to the knockout stages after drawing their first two games, the defending county champions had to dig deep at times to get past another determined Éire Óg Annacarty effort, with the return of Ciaran Connolly a real boon as the midfielder contributed two points in his ten or so minutes on the pitch.

Far from a free flowing game, Loughmore came out of the blocks in the opening ten minutes of the game, despite Aidan Griffin opening the scoring, Loughmore scored 1-3 in this time to race into a 1-3 to 0-2 lead after points from Brian and Aidan McGrath, before Ciaran McGrath found the net after a mistake from an Éire Óg defender let a ball in around the rear of the full back line and the veteran forward drove his effort past Darragh Mooney from close range in the tenth minute.

It went more or less score for score up to the 22nd minute as Loughmore then increased their lead to six points with scores from Noel McGrath from distance, along with efforts from Lorcan Egan, Liam McGrath (two frees), and John Meagher gave the mid men a 1-8 to 0-5 advantage.

But Éire Óg stuck to their task and their game plan and began to reap rewards for the remaining minutes of the half, with a well taken Aidan Griffin score from play starting off a run of four scores in a row, as he added two more free points either side of a Darragh Mooney penalty in the 26th minute; the netminder slotting home the opportunity after a brilliant Paul Devlin run led to the penalty and brought the game back level at 1-8 apiece.

But Loughmore have real champion mettle, and that setback didn’t faze them as the finished the remainder of the half stronger, with Tomas McGrath slotting over straight after the penalty to restore his side’s lead, and when Liam McGrath and Aidan Griffin traded frees in injury time, it was a slender lead for the Loughmore men at the break (1-10 to 1-9).

The second half started as the first half ended with the sides really trading blow for blow, with the teams trading six points between them in the first ten minutes, with Conor McGrath, Aidan McGrath, and Ciaran McCormack all pointing for Loughmore, while all the Éire Óg scores came from Aidan Griffin, who was deadly accurate with his free taking all game.

Loughmore though, were getting more purchase from their attacks than their opponents and hit a small scoring burst in the next five minutes, all coming from Liam McGrath frees as Éire Óg were losing their discipline as the game in general descended into a free taking contest between McGrath and Aidan Griffin.

Ciaran Connolly made a welcomed return in the 51st minute and had a big impact on the game in his time on the pitch scoring his first point of two three minutes from time to extend the Loughmore lead to 1-18 to 1-14, as Éire Óg struggled to break down the Loughmore defence, and despite a beautiful Brian Fox point from distance and another brace of Aidan Griffin frees, Loughmore were always comfortable going into injury time with Connolly adding his second before Cian Hennessy wrapped up the win with his first point with the last puck of the game.

Loughmore Castleiney were pushed for large parts of the game, but you felt they always had that extra gear as the defence of their title continues, while Éire Óg must now dust themselves down for a relegation scrap in the next few weeks.