Nenagh train timetable change proposals are welcomed, 'but more could be done' 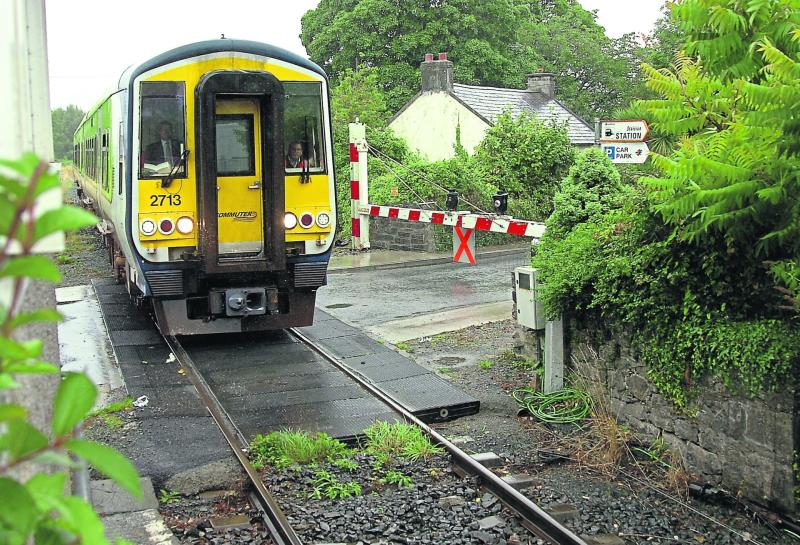 Irish Rail is planning to cut at least 15 minutes off the journey time betwen Ballybrophy and Limerick under its proposed timetable which has gone out for public consultation.

The line, which serves Roscrea, Cloughjordan, Nenagh, Birdhill and Castleconnell in county Limerick, has been the subject of a 17-year campaign by North Tipperary Community Rail Partnership for improved services.

The partnership this eek welcomed the proposed new timetable, but said that it was “disappointing” there were no proposals for the introduction of any additional services in 2023, such as a third return trip in the middle of the day as proposed by the partnership or an additional later evening departure from Limerick to Nenagh / Cloughjordan to allow students and commuters to commute.

“Many Limerick commuters will welcome the later departure of the evening train from Limerick (17.10 instead of 16.55). However, people in Roscrea and Cloughjordan still have no way to commute into Limerick in the mornings. Many Dublin commuters will welcome the slightly earlier time they arrive home in the evening, while departing at 18:00 from Dublin, though Dublin commuters still cannot reach Dublin early enough in the morning (9.57am),” they said.

The partnership feels that this timetable must be further improved, considering the continuing investment that has gone into track renewal works, which are nearing completion, and the additional €6m funding put in place in April by the Department of Transport to allow the completion of the track upgrade and towards removing half of the user worked crossings on the line by 2025.

The partnership encouraged the public to make submissions to the draft timetable through the Irish Rail website.

The rail company, in conjunction with the National Transport Authority, is planning to implement timetable alterations from December 11, 2022.

The company said that key elements of the proposed new timetables were the improved journey times on Ballybrophy due to recent infrastructure works, resulting in a 15-minute time saving.

The final phase of track works on the route will commence from Monday, September 26, until Sunday, November, 20. During this time, bus transfers will be in operation on all services on the route.

“We are delighted to propose, with the NTA, these improved journey times for services on Limerick to Ballybrophy (via Nenagh). Rail improvement works unavoidably cause service disruption, so it is great to bring the dividend from these works to our customers. We encourage all current customers and all considering rail for their sustainable travel options to review the proposed changes, and give us their feedback, as we finalise the new schedule,” the company said.