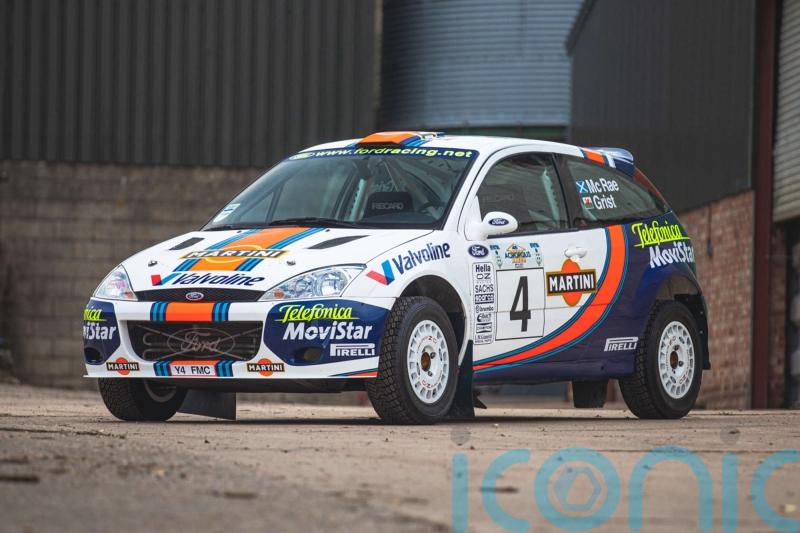 The 2001 Ford Focus World Rally Championship (WRC) contender sports one of the most iconic liveries in rally history.

Now an example is heading to auction – and it’s expected to be a star of the show.

Driven by the late Colin McRae, this particular car was built by M-Sport for the Greek Acropolis rally and took the legendary Scottish driver and his co-driver Nicky Grist to their first win for the Ford World Rally team.

It was supposed to be the car that would go on to take the pair to the World Championship that year, going head-to-head with the late Richard Burns. However, it made headlines at the hands of McRae at the Network Q Rally of Great Britain, launching into a series of barrel rolls that would cost the team the title, which was subsequently taken by Burns.

The factory M-Sport team rebuilt the car and used it in the 2002 World Rally Championship, before selling it to be used on the British national rally circuit.

The car has since been retired from competition and returned to its original WRC Martini livery.

A ‘top rally specialist’ has restored the vehicle from top to bottom, ensuring that it is completely usable for anyone that wants to get behind the wheel. It is said to be ‘remarkably easy to drive’ with four-wheel drive, a sequential gearbox and WRC-spec suspension and brakes.

A comprehensive file is packed with information about the car’s history, both before and after its WRC competition.

Colin McRae won the World Rally Championship in 1995 while driving a Subaru Impreza. He moved to Ford for the 1999 season, where his £6 million, two-year contract made him the highest-paid rally driver in history at the time.

McRae died at the age of 39 on September 15, 2007 when his helicopter crashed in Scotland. His five-year-old son Johnny and two family friends, Graeme Duncan and six-year-old Ben Porcelli, also died in the crash.