The car was on test drive from Horse and Jockey Kia 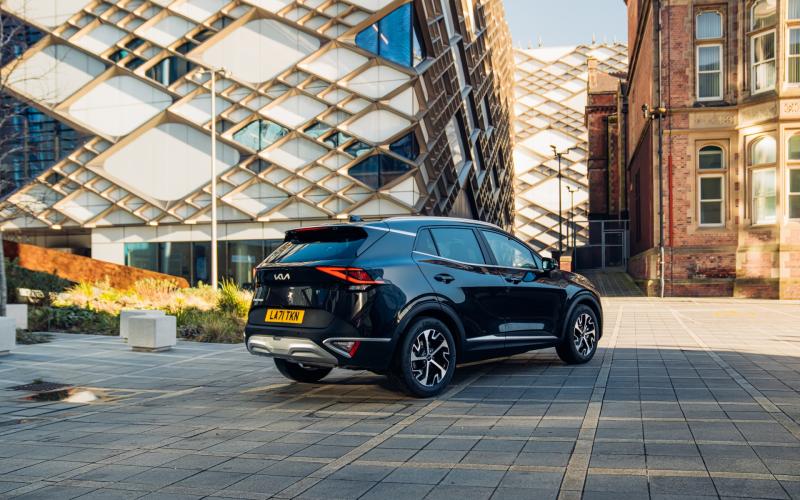 The new Kia Sportage is a wonderful car to drive

When it comes to up-grades in various marques, we have heard it all before - the best ever; significantly improved; nothing like it in its range etc etc.

It’s a boast which often gets glossed over as mere spin, PR speak and a bit of bluster. After all, any upgrade to any vehicle ought to result in a better machine, otherwise it could hardly be described as an up-grade.

The passing of time and ever improving technology too should render any up-grade better than its predecessor, so why the song and dance then when it comes to the new Kia Sportage? Well, take it for a spin and you’ll find out exactly why.

Let’s face it, there was not much wrong with the last version of the iconic Sportage - that crossover SUV which took the market by storm and resulted in thousands of sales in Ireland, with many of them departing the showroom of Horse and Jockey Motors, from where we have test driven the new Sportage. The last Sportage was packed with extras, was a great car to drive and had class leading reliability. So, improving it would be a big challenge then? Well, yes as it happens. But, the results have been spectacular.

Kia has been one of the most innovative brands around and their all-electric EV6 is quite a machine to behold too. But with the Sportage, they have totally changed the mindset with advanced design and inspiring concepts leading to a free-flowing, bold and sophisticated look with rippling contours, razor-style LED tail lights and a really sporty look.

So, it looks fresh, new and great, but Kia has not confined their innovation to what the eye sees. No, they have gone to the heart of the vehicle and packed in as many extras, as standard, as they possibly can. From the base model K3 there are more hidden comforts than you will get in most higher specced rivals. And by the time you hit the GT-line, which is four steps up the ladder, you are into space-age stuff.

Our test drive had more sensors than a lunar space probe, but one of the ones we really liked was the headlight innovation. Basically, your headlights are on auto, and when they detect an on-coming car the portion of lights which are directed at that car, will dim so as not to dazzle the driver. But, and here’s the great thing - the rest of the headlights stay on full to give superb illumination of the surroundings. Clever yes? Actually, it’s mind blowing and needs to be witnessed to be believed.

Of course, the new Sportage is a very comfortable car to drive and that’s why it is so popular with commercial travellers. The elevated seating positions help to give a panoramic view of surrounds and each passenger has loads of leg and headroom. Rear seat passengers will also be more than impressed with the heating seating, the air con and power outlets and the comfort of the seats - often these are overlooked, but not with Kia.

The great thing too was that this was a 1.6litre diesel engine with automatic transmission - none of your hybrid craic with this one!!

The new Sportage starts at €36,000 or thereabouts and you can spend right up into the mid €40K’s after that if you so wish. For current Sportage drivers, the new model will be a real temptation; for newcomers to Kia, it will certainly encourage them to make the jump. Afterall, you will get a seven year warranty; a five year paint warranty and a twelve year anti-perforation warranty; you can avail of the Kia service plan; and avail of Kia finance which is run through bank of Ireland.

There was one downside to the new Kia Sportage however - we had to give it back!!

Check it out now at Horse and Jockey Motors.