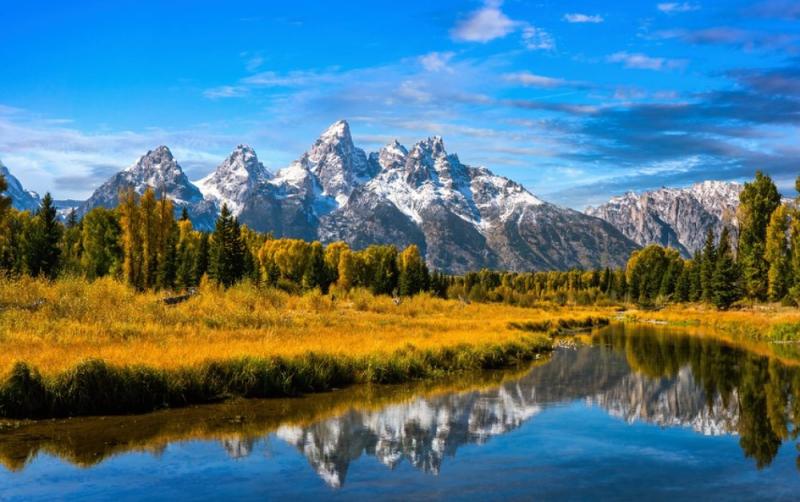 Cian McLaughlin has been missing from Wyoming state since June 8, 2021

Dublin man Cian McLaughlin has been missing from Wyoming state since June 8, 2021 after he left for a hike at Grand Teton National Park and never returned.

His mother has issued a fresh appeal to the public to help find her missing son.

The family of the missing hiker are continuing to search the mountain trails in Wyoming in a bid to find him.

Speaking with RTE News, his mother Grainne said people who may have been at the National Park might have seen him or might spot him in the background of pictures taken.

"Cian was an outgoing guy. If you met Cian, he would stop and have a chat." she added.

He lived in the US for two years, and worked as a snowboard instructor in the winter, and had vast knowledge of the area he was hiking.

Cian was last seen on the south side of the Taggert/Bradley Moraine and was heading south towards Taggart Lake.

He was wearing a white T-shirt, shorts, wire-rimmed sunglasses, a red apple watch, and carrying a bottle of water.

No new info has been reported about missing hiker Cian McLaughlin. The park continues to request any info the public may have that may aid in locating McLaughlin. An updated flyer is being posted with items he was last known to have. Latest info (6/23/21): https://t.co/0mf8Y8UQSO pic.twitter.com/Md0Qmtj856

Grainne believes he was on a 'day hike'.

The family has launched a hashtag on social media -#FindCian and #BringCianHome and are appealing for public assistance, particularly people who were hiking at the National Park on the day he went missing, or a few days later.

"It's not a rescue, it's a recovery, but I would like to bring him home.

"I know he's up there somewhere," she added.

A massive search operation began after Cian was reported missing, but it was scaled back a few weeks later. The search continued with a 'tactic shift over time'

It is understood that he spoke with another hiker on the day he went missing in the late afternoon and spoke about his life in Ireland and the US.

They continued hiking towards Bradley Lake and Cian was not seen since.

Chief Ranger at Grand National Teto Park, Erika Jostad said the search for Cian won't end until he is found and they are searching for items that Cian had with him.

"We continue to work with the public soliciting for information. We have missing person flyers throughout the park. The staff are patrolling the field in summer and winter." added Erika.

Grainne and her family will continue to search for Cian, and said she is thinking of Cian at every moment and trying to connect with him.

'This is not a rescue, it is a recovery'

Gráinne McLaughlin, whose son Cian has been missing in Grand Teton National Park in Wyoming since 8 June, has appealed to anyone who may have been in the US park at that time to help bring him home | Read more: https://t.co/222DLxkqU1 pic.twitter.com/IZ3HzoRPSz