GUIDE: How to best support teens through first loves and break-ups 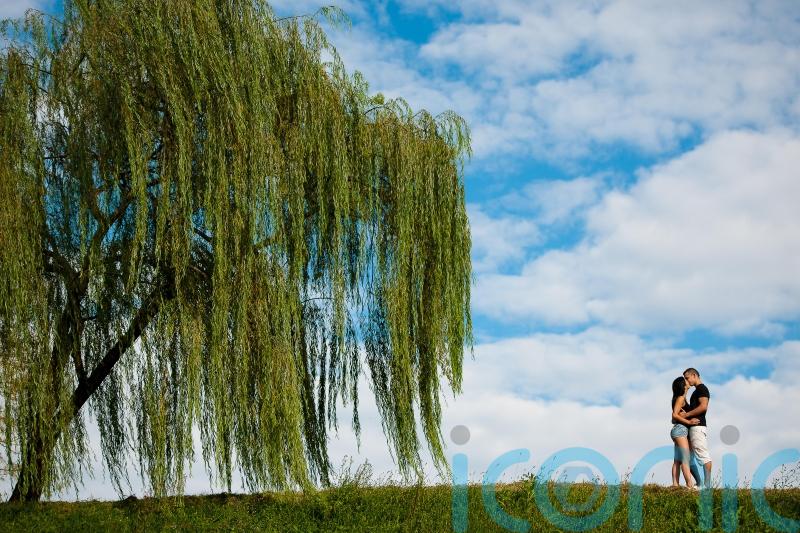 A teenager’s first relationship can seem like the most important thing in the world to them – and if it breaks up, it’s like the end of the world.

And while their much more experienced parents can see from the start that such relationships are unlikely to last, it’s not something they can really say to their child. In fact, it can be very hard to know what to say at all – or if, indeed, they should even utter a word.

“It can be hard navigating a first relationship with your teenage child,” says Relate counsellor Holly Roberts. “They’re likely to find the conversation as difficult as you, and may not respond to constant questions, feeling like they’re being interrogated.

“Your child may still be trying to work out for themselves what’s going on, so bombarding them with questions may not be helpful if they genuinely don’t know how to answer them. This could leave them feeling overwhelmed, rather than supported.”

So, how should parents handle their teenager’s first relationships? Here’s what Relate counsellors advise…

If your teenager does open up to you, don’t make fun of them or trivialise their relationship, advises Roberts. “A bit of gentle teasing may be tempting, and you may know this isn’t going to be a serious relationship, but for them it is serious. Get on their level and try to understand what they’re going through. Give them loads of validation, they’re likely to need reassurance and help learning how to process emotions they’ve never experienced before. Take them seriously.”

2. Be there for them

Roberts stresses that teenagers are smart, and the more you listen to them and really hear what they’re saying, the more they’ll realise how supportive you are. “Become a safe haven for them by letting them know they can talk to you, and no subject is off limits, even if it’s hard for both of you,” she says. “You can tell them you might not have all the answers, but you’re there to help them work it through.”

3. Don’t talk about when you were a teen

You might feel like you had similar experiences to your teenager when you were their age, but the truth is they’re unlikely to relate to what you’ve been through. “Don’t tell them how things were when you were a teenager,” warns Roberts. “We’re all ancient compared to our teenage kids (or so they think), and when we tell stories about our past, the conversation becomes about us, not them. Keep the emphasis on them and their experiences, and offer lots of empathy.”

“Most teenagers want privacy,” points out Josh Smith, a family and couples counsellor at Relate. “Conversations about sex and relationships between parents and children are generally quite awkward, and teenagers having their first relationship, whether it involves sex or not, might find talking about it with their parents uncomfortable. So many parents might avoid having any conversations about their child’s relationship at all. Let them know you’re there if they want to talk about it, and you’re not going to give them your own ideas about what they should know.”

5. Don’t assume you need to tell them about the birds and the bees

Most children have sex education at school, and read things on the internet. “They’re more well-informed about sex and relationships than they ever have been,” stresses Smith. “There are places they can find the information other than their parents, and maybe the best position a parent can take is to just say I’m here if you want advice, but I’m not going to force it on you, because I respect you might want some privacy around it.”

Being inclusive and welcoming to your teenager’s partner is a particularly good thing for parents to do, says Smith. “Making it easy for partners to come and spend time round your house is really helpful, and allowing them privacy. Some teenagers have amazing relationships with their partner’s parents, and it can be a great source of joy for parents to have close relationships with their children’s friends – sometimes they’re able to have better conversations with their children’s partners than they do with their own children.”

7. Be permissive if you can

A teenager’s partner sharing their bed can be a tough one for parents, but Smith warns: “Trying to control them if they’re above the age of consent and living at home may be counter-productive, because ultimately, they may leave home quite soon anyway, and have their own space. I would tend to suggest being more permissive about that sort of thing.

“But people who have religious and cultural upbringings might feel differently about it – I don’t think there’s a one-size fits all answer. But if you try to control them too much, generally they’ll find a way to have sex, and if they’re not going to do it at home, they’ll do it somewhere else – it becomes about finding a safe space for teenagers and their partners.”

8. Be supportive if it goes wrong

Many teenage romances are intense but short-lived, and Smith says: “When there’s a relationship break-up, it’s a time when a child really might need support and a bit of picking up and looking after, and it can be a really good time for a parent to get involved.”

9. Don’t say ‘there are plenty more fish in the sea’

Telling your teenager there are plenty more fish in the sea may not make them feel any better. “There might be a temptation for a parent to speak from the perspective of having life experience,” says Smith, “but I don’t know how useful it would be, because the child hasn’t had that experience and they won’t be able to relate to it. The most useful thing for a parent to do is put themselves in the child’s shoes and say ‘I understand how you’re feeling’.

“That said, it may be helpful for a teenager to recognise that although they feel this way now, they might not feel this way forever. This may feel like the worst thing that’s ever happened to them, and if a parent says ‘Oh, you’ll meet someone else next week’, they’re missing where the child is at and not empathising with them, and that might make the child feel miffed, and that their parents don’t understand them.”