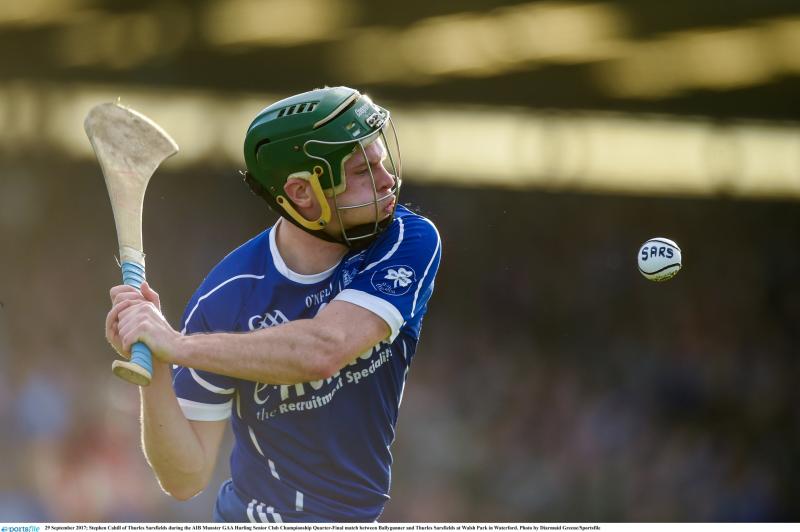 It is fair to say that we probably have the four best senior clubs currently operating in the county at the moment in the final four, as the FBD Insurance SHC semi-finals take centre stage this weekend.

A strong argument could be made for Kilruane MacDonaghs being in the cohort after impressing all year before coming up short against a John McGrath inspired Loughmore/Castleiney, but over the course of the last decade, it is hard to argue with the make-up of the final four.

The action kicks off on Saturday with a massive game between two teams at their peak as Kiladangan face off with Thurles Sarsfields in Semple Stadium at 2.30pm.

It’s hard to know where this result will go as there has been big shifts in fortune since the last meeting between the sides in the 2016 County Final, and with some intriguing matchups all over the field, it promises to be a fantastic encounter.
Reigning champions Kiladangan continue to impress as they have sunk all that have come before them this year, and have had a steady championship, if not shooting the lights out.

For Thurles, they will be slightly concerned that they haven’t yet been tested greatly and are coming up against a team in their prime in Kiladangan, but Sars’ are never going to be irked playing any team in Semple and they will not be found wanting.

On Sunday at 2pm in Semple Stadium, Borris-Ileigh will face into a Loughmore/Castleiney team purring nicely as they impressed in their defeat of Kilruane MacDonaghs in the quarter-final.

It’s fair to say that Borris-Ileigh haven’t reached the form they are capable of this year, but they are still in the last four despite this after a hard fought win over Mullinahone. The extra time may have been an unwelcome happening for them, and the injury to Brendan Maher could be a big factor if the former Tipp captain is unable to line out.

Meanwhile, Loughmore are coming into the game in terrific form and are looking eager to make up for last year’s disappointment in both the hurling and football county deciders. John McGrath looks to be back to his brilliant best, while brother Brian and Noel have also been in top form, along with John Meagher.

They have talent all over the field and with Liam McGrath back in the ranks for the last few games, their forward potency is impressive and they will be hard to curtail.

Borris-Ileigh will need more big performances from the likes of Dan McCormack and young Eddie Ryan, while the likes of the Kenny’s and Jerry Kelly will need to up their efforts if they are to come out on top, but if they are without Brendan Maher, they will struggle greatly to halt the Loughmore charge, especially in a tight game. A repeat of the 2020 decider just might be on the cards again.

Tipperary people reminded to never flush wet wipes down the toilet - they might come back to haunt you!