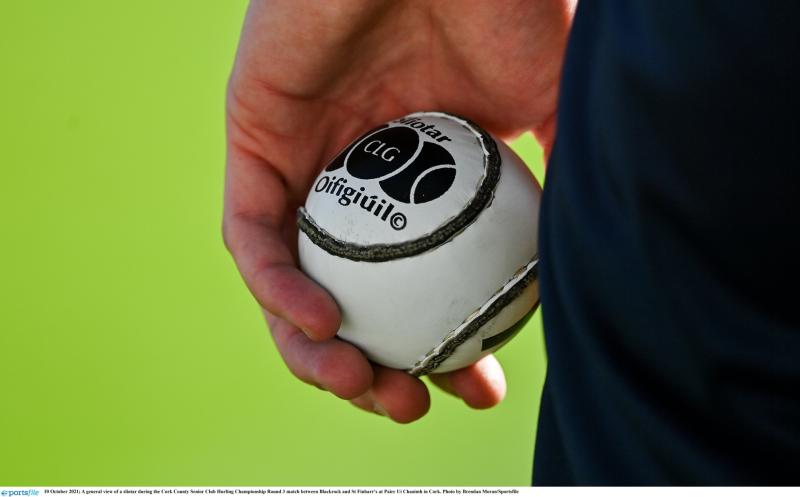 The Seamus O Riain and Intermediate grades are reaching their climax as the semi-finals of the FBD Insurance championships continue to throw up some enticing encounters.

The Seamus O Riain has certainly had a few shocks along the way and the semi-finals have thrown a mix of the usual suspects along with some surprise packages who may not have been expecting to get to this stage.

Perhaps one of the teams which has surprised many this year would be St Mary's.
The Clonmel men have been very impressive this year having come through an extremely competitive group with Cashel; just pipping past Portroe on score difference.

Impressive victories over Lorrha and Cashel in the group set them up nicely, and while they almost slipped up on the final day, they managed to squeeze through, rebounding well in the quarter-final in their defeat of Thurles Sarsfields second team.

Seamus Kennedy, Peter McGarry, and Ross Peters were all to the fore in that win and all three will again need to be on top of their game if they are to overcome their south rivals.

Killenaule haven’t exactly been pulling up trees in getting to this stage, and an indifferent start to their campaign in the draw against Sean Treacys - a match they were expected to win - might have scuppered any early momentum they might have built up. They did just enough to overcome Kiladangan B in their quarter-final and will be looking to Bubbles and Michael Doyle for leadership and they probably have more than they have shown to date.

This game will have a host of current and former intercounty talent on show which will surely lend itself to a quality contest.

Cashel have been the talk of the county for various reasons all year, and while they have a savage team on paper, they will need to vastly improve after scraping past a Clonakenny team who had the better of their quarter-final clash for large spells.

They have a very young team and have yet to gel together at this level, but they have so much ability in their ranks they will be hopefully they can up their levels, with the likes of Devon Ryan, Ger Browne, Ross Bonnar, and Ryan O’Dwyer all needed to up their levels considerably.

Browne in particular has the ability to win games by himself but he doesn’t seem to be at his usual level and despite scoring the late winner in Nenagh the last day, he has been costing through games and will have to become far more prominent.
Similarly, Templederry have a lot of talent on paper and showed their ruthless streak and their demolishing job on Gortnahoe the last day.

They have players of real quality and even without Christy Coughlan and Brian Stapleton the last day, they have ability all over with Adrian, Sean, and Gearoid Ryan along with the likes of the Stapletons, Darragh Carey, Liam McCutcheon, and Éanna Murray - all of whom have represented Tipperary at different levels.

However, the Kenyons have been guilty of falling apart in the big matches in recent years and have really been serial underachievers and will need to overcome a tough game in order to shake off that tag.

Sean Ryan has been going to town for Templederry at full forward all year, so far registering a ridiculous tally of 4-16 from play, so Cashel will need to be mindful of his threat.

This game will be a cracker and with both teams preferring a more open style of hurling, this could be a high scoring encounter which might suit Templederry that bit more.

Moneygall have been one of the form teams in the intermediate championship this year, and despite the historically unpredictable nature of the grade in recent years, have really put their hand forward as potential winners.

Having already won the North title, they backed it up with good performances in the group with good wins over Carrick Davins and Ballybacon-Grange which came either side of a loss to Knockavilla.

Despite that defeat, they rebounded well to clinch a semi spot win an impressive win over Ballingarry who were one of the favourites to return to the O Riain grade.

Perhaps the biggest factor to the Moneygall form this year has been the brilliance of youngsters Joe Fogarty and Sean Kenneally.

Both of these lads have been unmarkable and have notched an incredible 9-26 between them to date and have become pivotal players for Moneygall, even at their stages of development.

Kilsheelan will have to recover quickly after been sent packing out of the football championship by Loughmore last weekend, but by all accounts, they have put added emphasise to the small ball this year and, on their day, have a very good young team.

They maintained a 100% record in topping their group, beating Boherlahan, Golden-Kilfeacle, and Moyle Rovers in the process.
In Mark Kehoe, Bill and Paul Maher, Kilsheelan have plenty of talent and are a team operating at this level for quite some time and if they can get up a head of steam early in the match they could be hard to stop and experience might make all the difference here.

Moyne/Templetuohy come into this game as slight favourites having been at the business stage of this grade on several occasions in previous years.

Placed in a tough group at the start of the year, Moyne were very impressive in wins over Borrisokane and Cappawhite, and despite a minor blip against Drom & Inch, they continued their good form as they accounted for Golden-Kilfeacle with ease in their quarter-final.

With the talent at their disposal, many feel that it is due time that Moyne made that step up, but they have struggled to get their best performances on the pitch in the big games.

With the likes of Conor Bowe, Gearoid O’Connor, Tom Meade, and Liam Butler all hurling well, they will be a difficult team to beat for anyone from here.

For Knockavilla, they shrugged off the disappointment of losing the West final to Cappawhite in the group stages, topping the group ahead of Moneygall in an impressive campaign.

Despite being stripped of some high profile talent in the last year, they are looking like a team united and were made to dig deep in the quarter-final win over Drom & Inch but that may have been a close call they needed after easing through their group.

David Butler and Elliot Thompson have been two of their brightest sparks so far this year with Butler top scoring with 3-16 in the championship to date, and their forward division represent a real goal threat which Moyne will need to be extremely wary of here.

Moyne have been knocking on the door and it might just open this time for them.