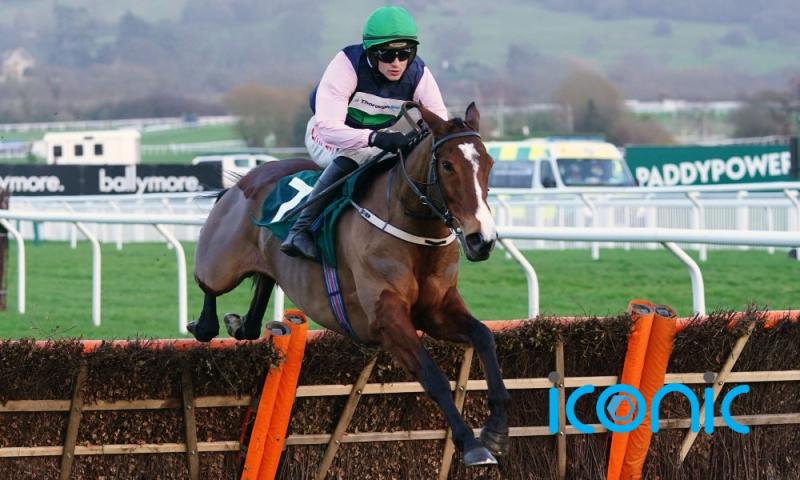 Stormy Ireland has the Close Brothers Mares’ Hurdle at the Cheltenham Festival in her sights before a second career as a broodmare beckons.

The Willie Mullins-trained eight-year-old was last seen winning the Relkeel Hurdle at Cheltenham on New Year’s Day, crossing the line two and a half lengths ahead of McFabulous after 9-4 favourite Brewin’upastorm crashed out at the final flight.

The victory was a fifth graded success for the mare, who had a stellar campaign last year when claiming back-to-back wins in the Grade Two Underwriting Exchange Hurdle at Fairyhouse and the Grade One Mares Champion Hurdle at Punchestown.

After finishing sixth behind Honeysuckle in the Hatton’s Grace at Leopardstown on her first run of the season in November, Stormy Ireland was a 4-1 chance at Cheltenham when partnered by jockey Danny Mullins.

A return to Prestbury Park is very much the plan for connections, although there is a slim chance of a prep run in the Listed Warwick Mares’ Hurdle on February 12.

“She’s well after the race, I think the idea is we’re leaning towards not running her before Cheltenham,” said Will Kinsey, who snapped the bay up for £75,000 in January last year with his partners in Future Bloodstock and manages the FB Racing Club in whose name she runs.

“There’s a possibility that she might go to Warwick, but that is up in the air and probably quite unlikely.

“We were dubious when we bought her about whether the Cheltenham track actually suited her, but she ran really well.

“She clearly loved the track the other day, she handled that ground and she’s also got form on better ground.”

The Mares’ Hurdle is the target at the Cheltenham Festival, with Stormy Ireland second-favourite behind Henry de Bromhead’s Telmesomethinggirl.

“It’s really open, she’s got to be at the top of the betting really but she sometimes doesn’t get the credit she deserves we feel,” Kinsey said.

“She absolutely demolished a field of mares in the Grade One last year, it was as easy a win as you’re ever likely to see in a Grade One.

“She’s beaten the boys this time in a Grade Two and she did the same last year, so if she’s in good form I would like to think she’d go close in March.”

Stormy Ireland will ultimately be put in foal at the end of the season, but there remains a possibility she will head to Punchestown in the spring having already been covered.

“It’s the mares’ race at Cheltenham next and then it’s just one race at a time to see where we go from there really,” said Kinsey.

“We bought her to breed from so win, lose or draw at Cheltenham, we’ll then consider going to Punchestown again, either not in foal or we’ll cover her and go there in foal.

“The options are still open and we won’t do anything before Cheltenham.

“Anything she does is a bonus now, she’s done more than we ever expected so we’re just enjoying the ride.

“If we can have some more success, that’d be great, but if not then we’ve had a nice run and if we can get some more little Stormy Irelands then we would be delighted!”