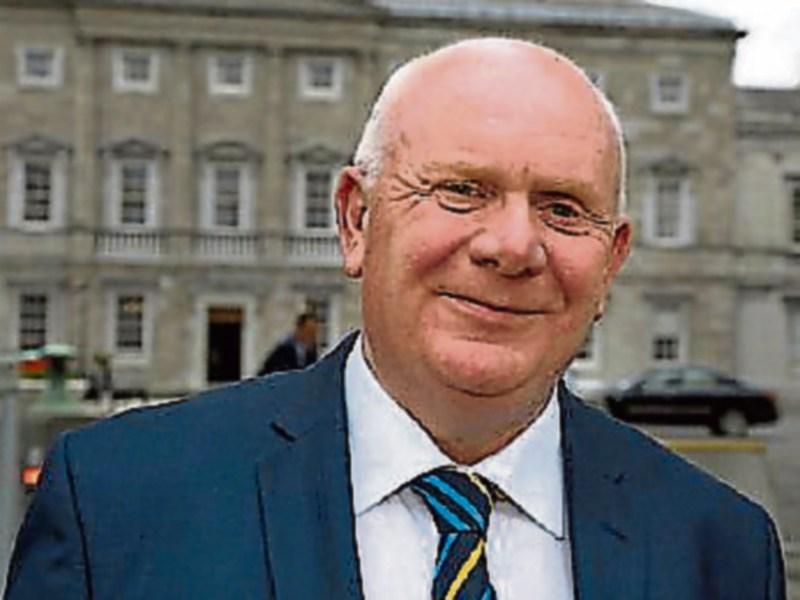 Tipperary County Council was called on in the Dáil this week  to increase its landbank for the development of social and affordable housing. Nenagh was described as a ‘thriving town’ and a ‘satellite town’ for Limerick that is desperately in need of affordable housing by Fianna Fáil T.D.  Jackie Cahill when he called on Housing Minister Darragh O’Brien to put pressure on Tipperary County Council to purchase lands on the outskirts of the town.

Deputy Cahill made these comments during a debate on the Affordable Housing Bill, where he highlighted one of the greatest impediments to house building in Tipperary being the lack of a publicly-owned landbank for development.

Speaking in the Dáil during the Committee Stage debate on the Affording Housing Bill, being progressed under Fianna Fáil Housing Minister Darragh O’Brien, Cahill said: “Demand is far outstripping supply in every part of my county, and while I very much welcome the 103 social housing units you [Minister O’Brien] have signed off on for Tipperary – between Roscrea, Cahir and Carrick-on-Suir – in the last two months alone, we need much more.

“Daft.ie’s most recent report shows that house prices in Tipperary have risen by 19% in the last year. This is completely and utterly unsustainable.”

The Fianna Fáil T.D. then went on to mention the need for Tipperary County Council to acquire landbanks for housing development, with the Minister responding positively to Cahill’s comments. Riverston Estate in Nenagh, which has recently been advertised for sale on the Dublin Road out of Nenagh was highlighted by Deputy Cahill saying: “I wrote to senior county management on this issue recently and stated my belief in no uncertain terms that this opportunity cannot be passed up on.”

Deputy Cahill stated that this 50 acre site is in a prime location for the development of social and affordable housing for families. According to the Government T.D., it also possesses significant potential for the expansion of Nenagh Town Park and other public amenities, tourist attractions and nature walks on the town’s doorstep..

“The Dublin side of Nenagh has seen very little housing development over the years, in comparison with the Borrisokane and Limerick sides of the town. This is a clear opportunity for the Council to purchase prime zoned lands for the development of social and affordable housing, as well as creating new public spaces, tourist attractions and amenities on the town’s doorstep.”

Deputy Cahill committed to continuing his engagement with both senior management of Tipperary County Council and his colleagues in the Department of Housing in relation to the provision of social and affordable housing for Tipperary.