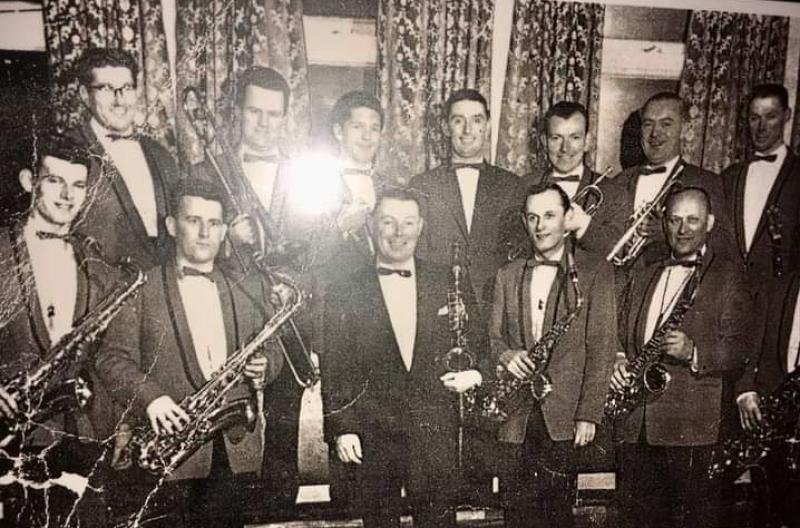 The late Paddy Byrne (third from right back row) pictured with the Mick Del Orchestra. Paddy, originally from south Kilkenny, lived in the Old Bridge area of Clonmel.

A Clonmel musician with the legendary Mick Delahunty Orchestra has played his final notes and passed away.

Originally from Graignamanagh in County Kilkenny, Paddy Byrne was a trumpet player with the Clonmel-based band, one of the biggest of Ireland's big band era.

Paddy moved to Clonmel as a young man. He was from a musical family - under his father and 'band master' Denis, Paddy made up 'Byrne's Band' with his brothers Michael and Dick, and sister Breda Byrne Foley.

They started out as children, with Dick playing drums and singing, Michael on accordion, Breda on sax and Paddy on trumpet. 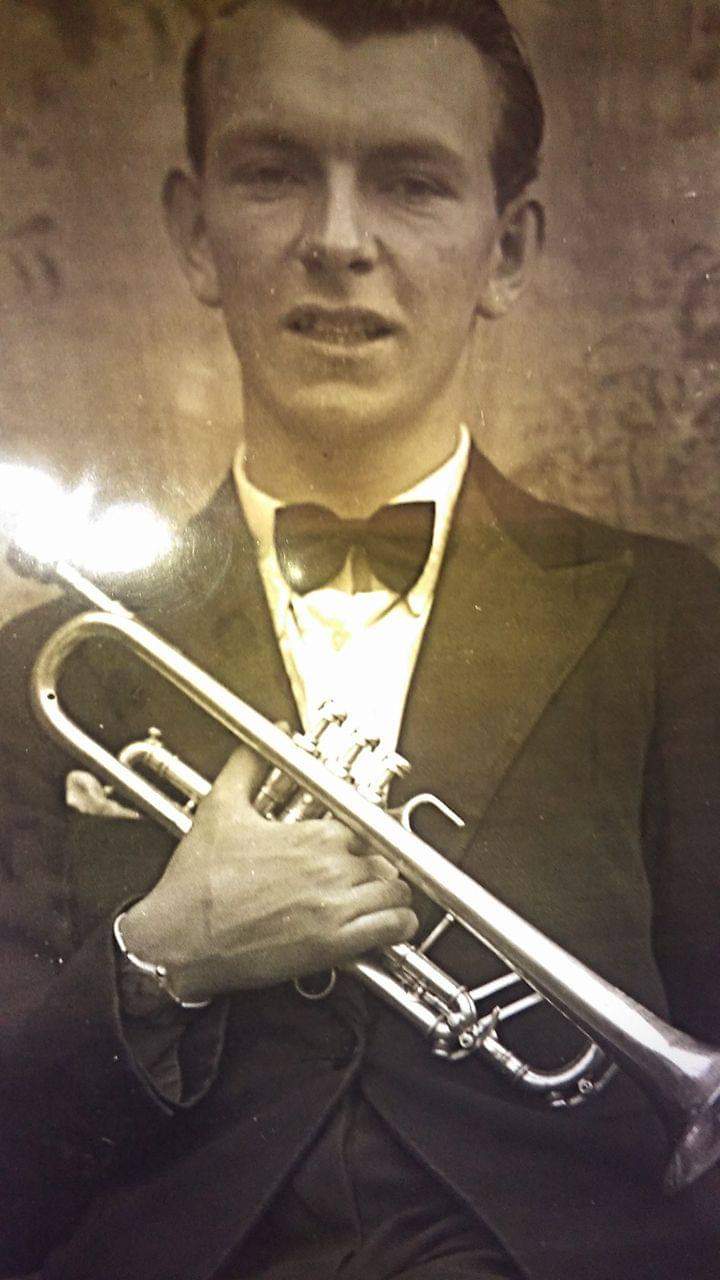 The late Paddy Byrne, Graignamanagh and Clonmel, who will be buried on Saturday.

The Mick Del Orchestra toured Ireland from the 1940s right up the the 1970s. They even toured America - and played support for the legendary Louis Armstrong! His passport photo for that trip even included the trumpet! (See it above!)

There are still fond memories of Paddy joining in with his brother's band at the Christmas night dance, in the hall underneath the old Graignamanagh cinema (later the premises of Joyce's Home Centre).

Many will have good memories of dancing to other bands Paddy played with - including Marble City Sounds and Noel Power and The Aces. He also played with the Mick Lee Band.

The three Byrne music-making brothers have now gone, with the passing of Paddy, who was predeceased by Michael and Dick.

Breda, their sister, is the only surviving member of the Byrne's Band, and she still plays the sax as well as ever.

Two more Byrne sisters, Mary and Rosie, were also talented musicians but did not join the band.

After he signed on with Mick Del, Paddy met a Kerry woman, Eileen. They were married and settled in Clonmel. He remained a professional musician all his life.

Paddy Byrne, who lived at Glenegad Drive, in the Old Bridge area of Clonmel, passed away peacefully in the tender care of the nurses, doctors and staff at Tipperary University Hospital after a short illness. Paddy was predeceased by his wife Eileen and daughter Lorraine,  and he is sadly missed by his daughters Yvonne and Tina, son Brian, sons-in-law, Tony and Jack, grandchildren Thibaut, Eliot and Aimee, sister Breda, nieces, nephews, extended family and a large circle of friends.

Funeral arrangements: Paddy will be reposing at Fennessy's Funeral Home, Clonmel, this evening (Friday) from 7 to 8 o'clock, with removal on Saturday morning to Ss. Peter & Paul's church arriving at 10.50am for requiem Mass at 11am,  followed by interment in St. Patrick's Cemetery.