Streaming for One Night Only! 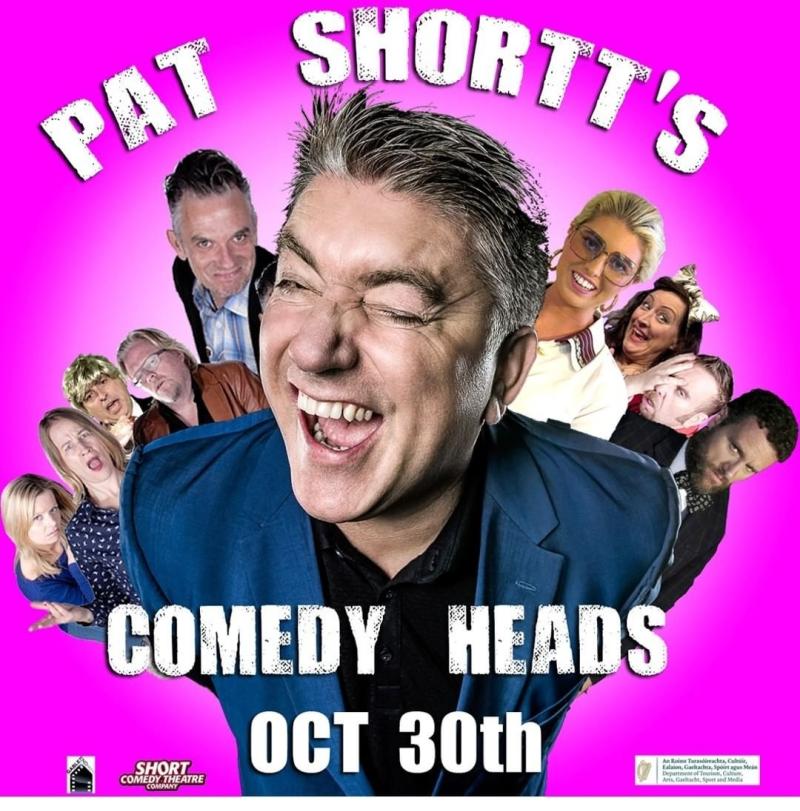 Following on from the hugely popular TV & YouTube sketches from Pat Shortt and his daughter Faye Shortt, and the successful streamed show 'The Wellness Hour with Paaah and Sile', The Comedy duo have teamed up with Joe Rooney and The Dublin Comedy Improv to bring you Pat Shortt’s Comedy Heads.

This unique and varied sketch show that was filmed over a series of weeks in the Moate Theatre in Nass and on location in Limerick.

While all the comics and performers have worked together at one time or another at comedy festivals or Arts festivals both at home in Ireland and abroad at many of the international festivals, this is the first time they will come together for a production available exclusively online.

The show came about after a conversation between Joe Rooney and Pat Shortt about collaborating on a sketch styled show and to be able to add to the show the distinctive and quirky comedy of the Dublin Comedy Improv was an opportunity not to be missed!

The blend of comedy styles and content mix is one that will provide entertainment for all and an extraordinary opportunity to see such an array of Irish Comedy Talent all on the one show!

The production is directed by Antoinette Scherer and Pat Shortt and sees performances by Pat Shortt and Faye Shortt in classic sketches such as, “The Bottle Bank” and “The Reading Room”, Stand up performances from Joe Rooney and Hilarious sketches from the Dublin Improv such as “The Beatles”, “Sacrament Sheebeen”.

A show not to be missed all from the comfort of your own home!