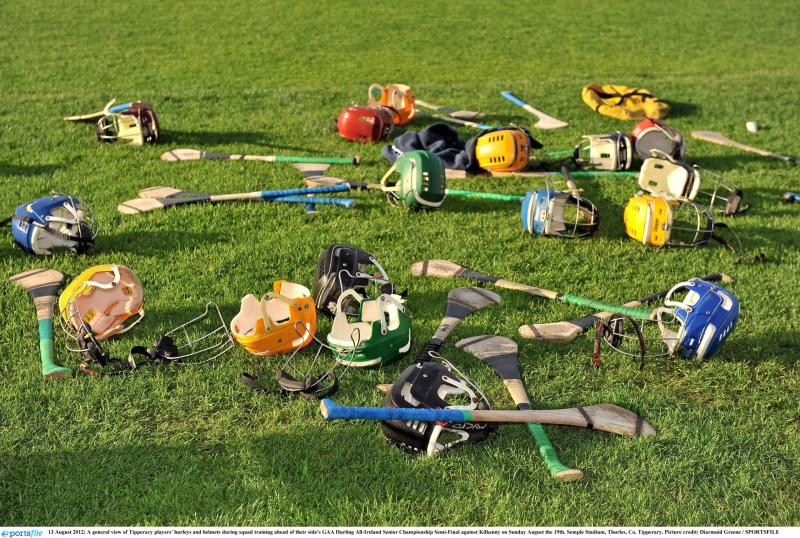 Heartbreak for Sean Treacys who, despite defeating their neighbours, Newport in the FBD Insurance Premier Intermediate hurling championship round 3, group 1 at Semple Stadium on Saturday, bow out of the competition on scoring difference.

Even more galling for Treacys is the realisation that with a ten points lead(1-19 to 1-10) with ten minutes to play, a quarter final place was their’s for the taking but the concession of three goals in a dramatic last quarter was their undoing.

And to add to the drama, Newport’s recovery was not enough to save them getting caught up in the relegation battle – though the last quarter surge will give them encouragement as they seek to preserve their Premier Intermediate status.

Sean Treacys full deserved this their first win in the group. They were the hungrier team and right from the start stamped their authority on proceedings. Patrick Carey was on top of his game from placed balls as the Treacys boys raced into a four points lead in five minutes. Darragh Carroll got Newport off the mark with a goal after six minutes but Treacys continued to dominate and reached half-time with a 0-14 to 1-5 advantage. Patrick Carey scored eight of Treacy’s points, one from play.

Newport badly needed to raise their game in the second half but after 12 minutes had just shared eight points with their rivals who then looked to have put the game to bed when Patrick Carey netted in the 49th minute and immediately added a point from a free for a 1-19 to 1-9 lead.

Three minutes later Darragh Carroll started the Newport rally with a goal and in the 56th minute he netted a penalty when Colin Floyd was fouled. The deficit was down to five points(1-20 to 3-9) and Treacys situation was becoming precarious. Patrick Carey pointed a free for them but, in the 59th minute sub Aidan Moloney banged home Newport’s fourth goal, making it a three point game.

Newport were piling forward in numbers seeking a leveller but Patrick Carey once more steadied Treacys nerves with a pointed free to which Conor O Mahoney replied after 62 minutes for Newport. Time was seriously against Newport though Peter O Sullivan did have a final point, but the damage had been done early on in the game and the courageous rally came to nought.

Though winners on the day it was a disappointing end to the Sean Treacys year. Granted they can derive considerable satisfaction from preserving their Premier Intermediate status but the manner in which they surrendered a ten points advantage costing them a quarter-final spot will annoy them greatly, particularly since up to that late collapse, they were playing their best hurling of the year.

In Patrick Carey they had a match-winner who scored 1-12 of their tally but he was not alone with Seanie Ryan, Jodie Ryan, Andy O Brien, Darragh Kennedy and Paul Nolan all figuring prominently for them.

Newport will be disappointed with their performance. Their late surge showed what they are capable of but it took them too long to get going and the game was out of reach before they found their feet. They face into a relegation battle drawing some encouragement from their closing rally and will be hoping that such as Conor Floyd, Keelan Floyd, Colin Floyd, Darragh Carroll, and Robert Houlihan will inspire them to better things next time out.