Is Ireland getting a heatwave this week? Met Éireann update with Europe set to sizzle 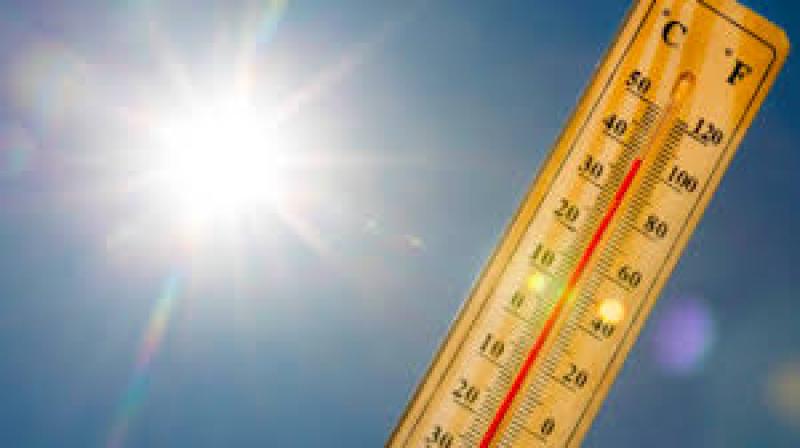 Is Ireland getting a heatwave? Met Éireann update with Europe set to sizzle

Met Éireann has given its forecast for the week ahead with Europe set to sizzle with 40-degree temperatures in some parts.

Parts of Spain in particular will be hit with extreme temperatures with authorities and forecasters there issuing warnings for temperatures in the 40s.

The UK could see temperatures reach 30 degrees this week but Ireland will remain relatively mild with temperatures breaking the low 20s by the end of the week.

While there will be a few showers on Monday, they will clear for a mostly dry night, according to Met Éireann.

"On Tuesday, most of the country will be dry with the best of the bright or hazy sunny spells in Leinster and east Munster. It will be mostly cloudy though in the west and northwest with some isolated showers about, some turning heavy in the northwest during the afternoon. Highest temperatures of 15 to 19 degrees in light to moderate south to southwest breezes," Met Éireann's forecast read.

"Tuesday night will be mainly dry in the east and south of Ireland with some clear spells. It will be cloudier in the west and north with some light rain or drizzle, mainly in coastal areas. Lowest temperatures of 10 to 12 degrees with light southerly breezes.

"Wednesday will be dry in most areas with the best of bright or sunny spells in Munster and Leinster. Patchy rain and drizzle will affect western parts of Connacht and Ulster. Highest temperatures of 15 to 21 degrees with light variable or southerly breezes, warmest in the southeast. Wednesday night will be mild and mainly dry. Patchy rain or drizzle will continue to affect parts of the west and northwest. Lowest temperatures of 11 to 14 degrees," the forecast continued.

Thursday too will be warm and mainly dry with some sunshine in the east and south.

"There'll be some further patchy rain at times in the northwest. Highest temperatures of 18 to 22 degrees with moderate southerly breezes, warmest over the northern half of the country. On Thursday night, rain in the northwest will become more persistent," the national forecaster predicts.

The warmest temperatures could arrive on Friday with Met Éireann saying "early rain and drizzle will move southeastwards over the country, becoming light and patchy as it does so. A few showers will follow later in the day.

"Temperatures will range from 20 to 26 degrees in Leinster and Munster and from 15 to 19 degrees for west Munster, Connacht and Ulster as cooler air follows the rain and drizzle with light westerly breezes."

Looking to the weekend, Met Éireann said: "Current indications suggest that Saturday will be a bright, fresh day with sunny spells and some passing light showers. Highest temperatures of 15 to 18 degrees with moderate northwest breezes. Sunday looks like being mainly dry and a bit warmer with lighter winds and highest temperatures of 18 to 21 degrees."