Brendan Lawlor is crowned the World's No. 1 Disability Golfer

Brendan Lawlor moved to the top of the World Ranking for Golfers with Disability (WR4GD) for the first time in his burgeoning professional career after the Irishman claimed a second victory in back-to-back weeks at the ISPS HANDA World Disability Invitational. 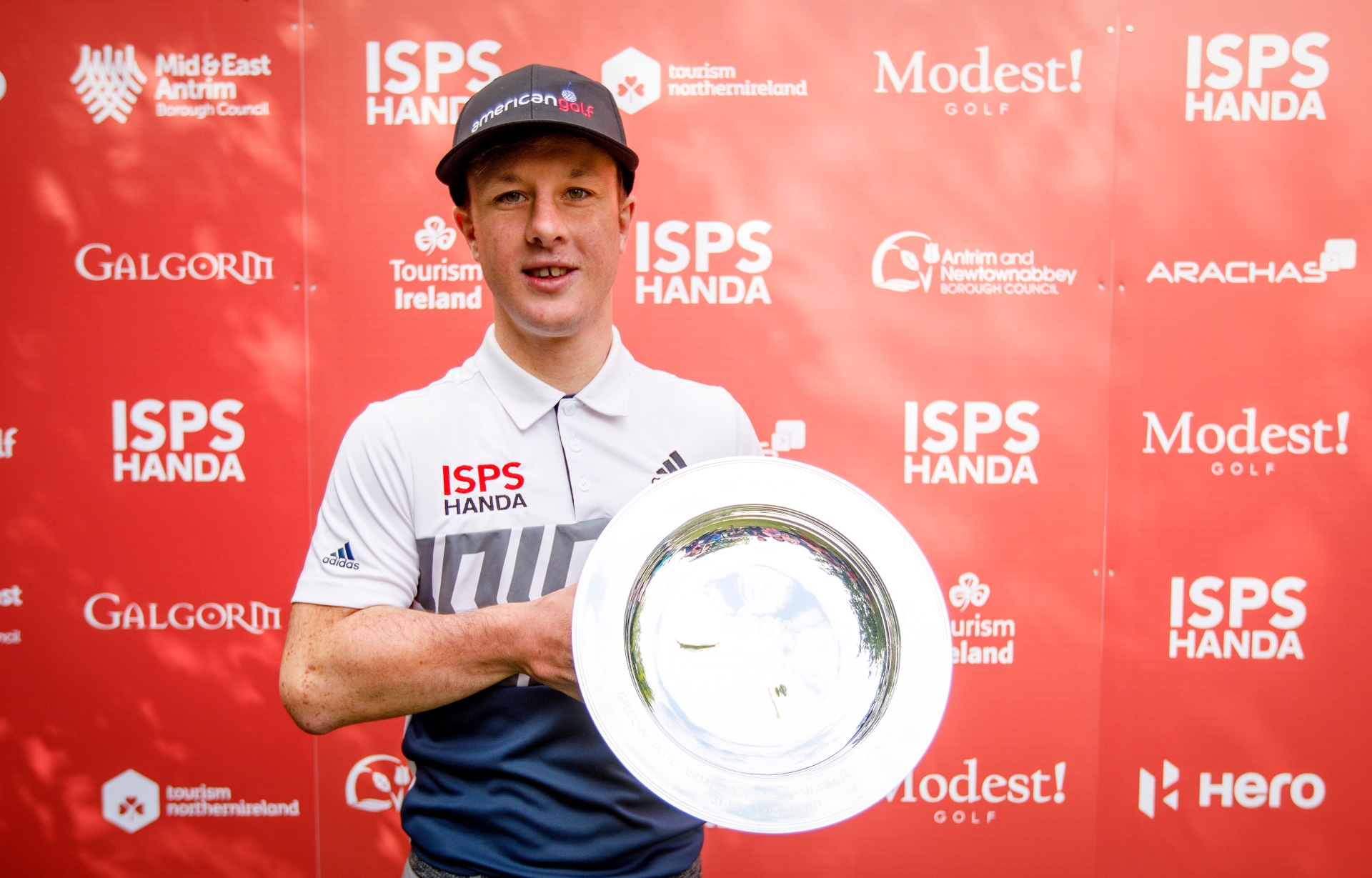 Speaking to Siobhan Donohoe last month in Mount Juliet for the Dubai Duty Free Irish Open, Brendan spoke about his deserve to move from the World's Number Four spot and become Number One in the world. He didn't have to wait long! Also in his interview, Lawlor spoke about how he wants to change the sport of disability golf, improve working conditions and sponsorship (see Brendan in conversation with Siobhan in the video above).

The 22-year-old was the official host for the second tournament of the 2021 EDGA European Tour season – full title ISPS HANDA World Disability Invitational presented by Brendan Lawlor – and he lived up to his headliner billing with a dominant performance from start to finish.

Having carded a three under 67 at Massereene Golf Club on the opening day, the Louth man delighted the fans at Galgorm – which included global pop star Niall Horan, co-founder of Modest! Golf Management, which manages Lawlor – with another superb three under 67. 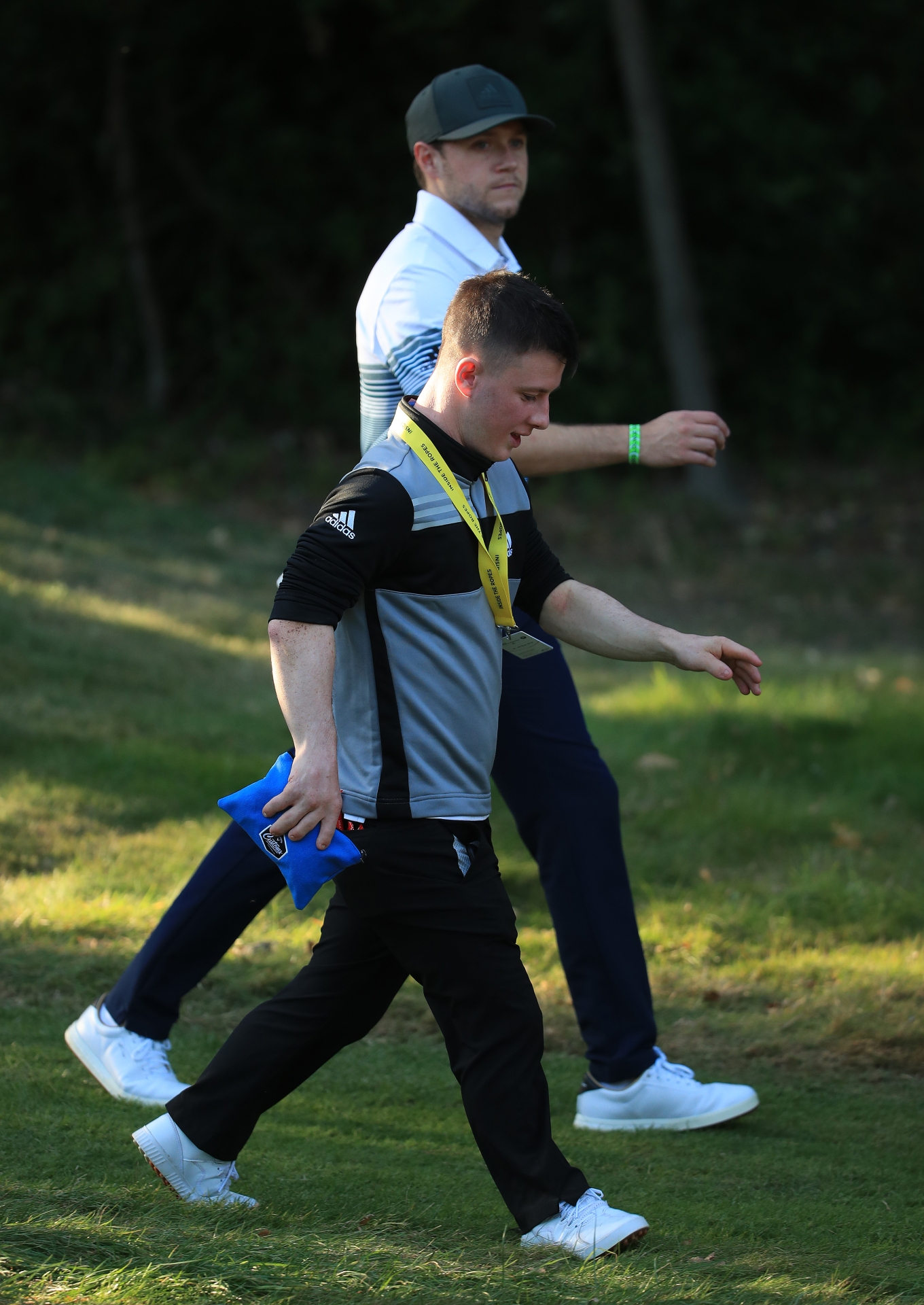 That earned him a six under total and a six-stroke victory over Italy’s Tomasso Perrino, who also finished runner-up to Lawlor at last week’s EDGA Cazoo Open.

It was an emotional triumph for Lawlor, who played in front of his family at Galgorm, while Horan also struggled to hold back the tears with the news that the win is set to move Lawlor to the top of the WR4GD for the first time.

It completes a career goal for Lawlor, who aims to inspire a new generation of golfers with disabilities, and he was grateful to all the support of his sponsors ISPS HANDA, management company Modest!, and the European Tour, as well as his family.

“It was an unbelievable day again,” said Lawlor, who has Ellis-Van Creveld syndrome, a disability characterised by a shorter stature and shorter limbs. “It’s been an unbelievable week, the last two weeks have been incredible. The European Tour, ISPS HANDA, Modest Golf – I have to thank them for giving us a chance to showcase the wonderful game.

“The scoring today and the scoring the last couple of days was amazing and it shows that these guys belong here and hopefully it’s going to be a regular occurrence from now on.

“I was a bit shaky, it wasn’t easy, I didn’t look at the leader board all day. I was just throwing in my scores and focussing on my own game. It was a bit of a nervous start and I made a few birdies in a row then. It was a blur of a round, I was so focused I don’t even remember which holes I birdied.

“It was a dream of mine from day one to go to World Number One, since this journey started three years ago. I climbed the rankings pretty quickly and we’ve changed a lot of lives in that time and I’ve changed my own life too. It’s a full time job now.

“The pinnacle was to reach World Number One and hopefully now I can stay there as long as Tiger Woods did! This week is bringing so many people into the game and that’s what we’re trying to. These guys will hopefully making a living soon and we’ll keep striving.

“It’s been a tough year and a half, the family have been amazing and I had my dad on the bag and the rest of my family out there – they have been amazing. I’m getting emotional, I don’t know what to say but it’s unreal.”

Horan said: “I’m a bit emotional myself. It’s unbelievable, what he’s done the last couple of years, he’s just a superstar this lad.

“He takes every opportunity by the scruff of the neck, every time the European Tour has had an EDGA event, he’s either won it or got close. Pressure is for tyres! I’m so proud of him and when they announce him as World Number One this week, it’s going to be a proud moment. He’s been waiting his whole life to get there and here he is at a very young age, with this trophy in his hand again to become the World Number One title this week and nobody deserves it more than him.”

Lawlor had already qualified for the season-ending EDGA Dubai Finale courtesy of his EDG Cazoo Open win last week, but there was consolation for runner-up Tomasso Perrino, as well as Felix Norrman and Mike Browne, as they will all join their Irish counterpart in Dubai in November.

The EDGA Dubai Finale will mark the fifth and final EDGA European Tour event of 2021, held alongside the DP World Tour Championship, Dubai – the final Rolex Series event of the year – at Jumeirah Golf Estates on Friday and Saturday (November 19-20).

Beginning next week, a new group of eight golfers taken from the WR4GD will participate in the EDGA Hero Open, at Fairmont St Andrews from August 7-8 and the EDGA Cazoo Classic, at London Golf Club from August 14-15, all hoping of joining Lawlor, Perrino, Norrman and Browne.